The Microsoft Edge Developer Channel has been updated to version 92.0.902.2. We don’t always get a lot of information regarding what to find on Developer builds, but Edge is one browser that often has a lot of fantastic information included.

This version of Edge has added the ability to menus to the browser and to have the pinned state remembered for the next time you use the browser. Such pinnable menus include the Favorites and History menus, which are two of the more common menus to pin. More pinnable menus are available as well. 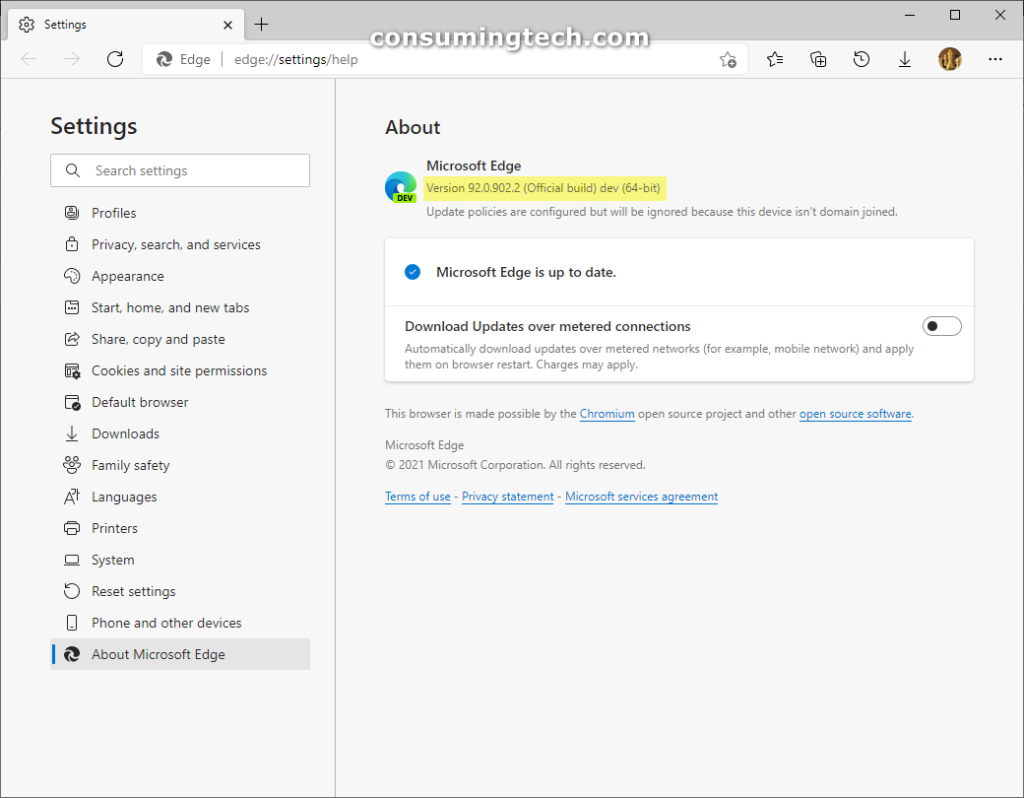 Mat Diekhake is the editor of ConsumingTech.com. He has been inseparable from the internet since Web 2.0 in 2005, and by 2008 decided on a career in IT. With a never ebbing desire to cover technology, he spends most days consumed by Windows, Linux, and Android in particular. Though he has spent innumerable hours learning consumer software in general, formally and as an autodidact, and has personally authored over 10,000 articles since 2010. He is a qualified Microsoft Windows systems administrator (MSCA). Read Mathew's full biography. Mathew's social profiles: Twitter, Facebook, Instagram, LinkedIn, and Github.
« Edge 91.0.864.37 Fixes Several Vulnerabilities, Creates A Few Hassles for Some Users» Edge Canary 93.0.908.0 Brings Fixes and Improvements