The Microsoft Edge Dev channel has been updated to version 92.0.884.2. It brings a host of changes and improvements, as well as two new features.

Edge 92.0.884.2 has the ability for the Guided Switch to remember profiles based on the websites you visit, meaning you won’t have to switch profiles nearly as often as you browse around the Web. 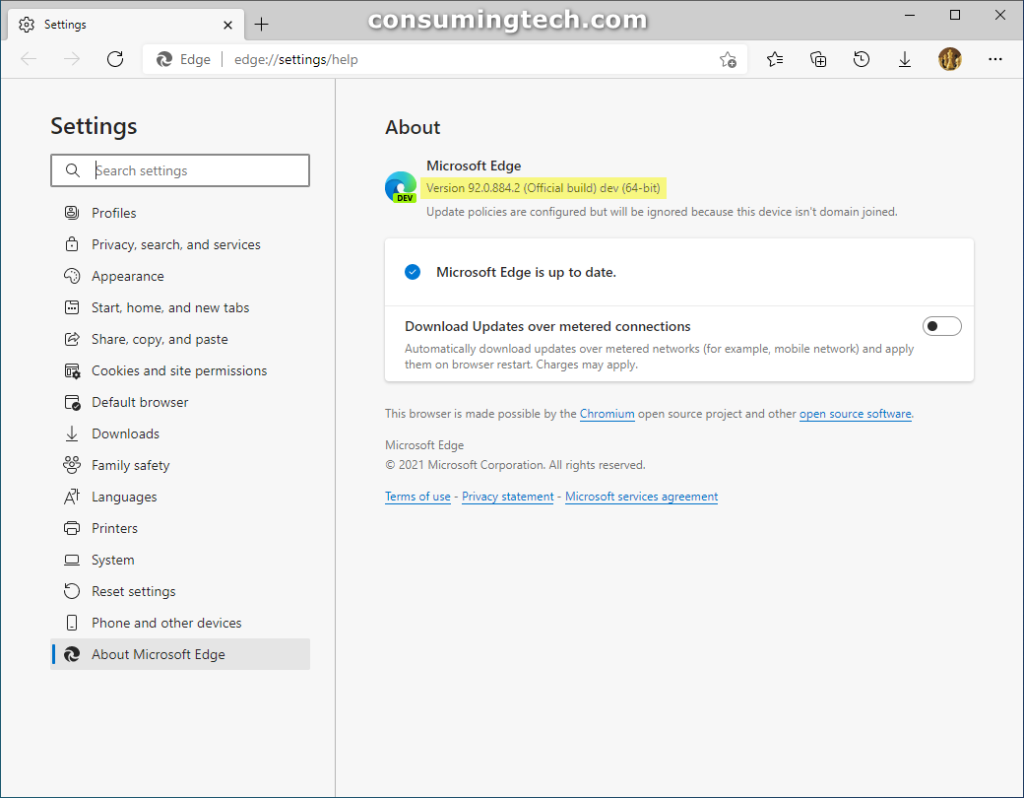 Mat Diekhake is the editor of ConsumingTech.com. He has been inseparable from the internet since Web 2.0 in 2005, and by 2008 decided on a career in IT. With a never ebbing desire to cover technology, he spends most days consumed by Windows, Linux, and Android in particular. Though he has spent innumerable hours learning consumer software in general, formally and as an autodidact, and has personally authored over 10,000 articles since 2010. He is a qualified Microsoft Windows systems administrator (MSCA). Read Mathew's full biography. Mathew's social profiles: Twitter, Facebook, Instagram, LinkedIn, and Github.
« Brave 1.24.85 Upgrades Chromium to 90.0.4430.212» Edge 92.0.888.0 Rolling Out to Canary Channel