Edge 93.0.933.1 brings several new features: group tabs are automatically enabled, Tab Groups can be added to Collections, Collections can be opened in a Tab Group, a new management policy controls which Internet Explorer Integration Cloud Site List to use, and there is now automatic hand tracking data in Web XR scenarios. 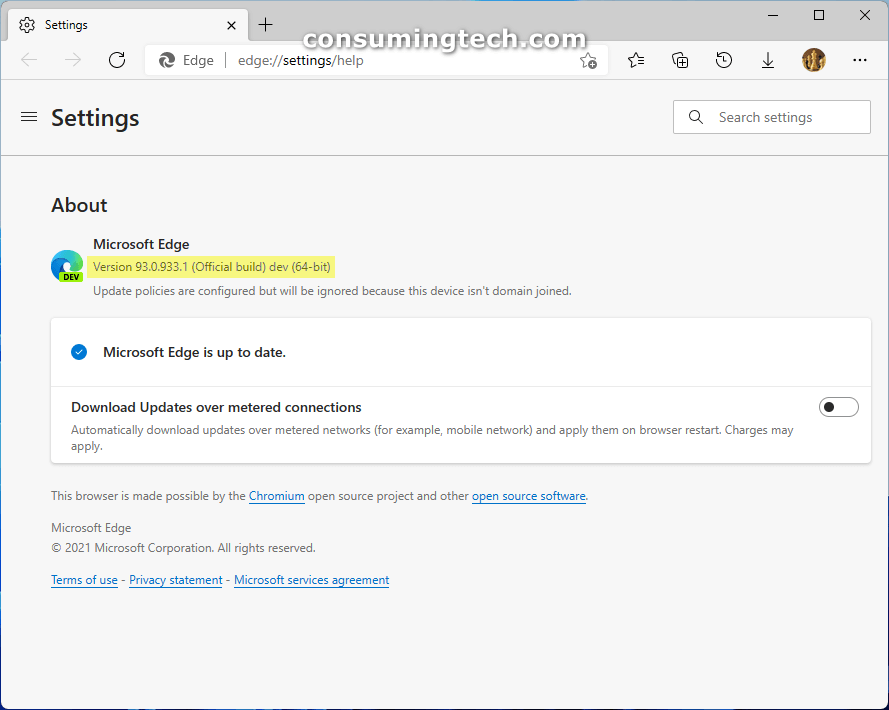 You can see the full changelog below:

There are plenty of known issues Microsoft already knows about, but you can always submit more feedback yourself via the Help and Feedback link in Edge’s settings menu.

Mathew Diekhake is a certified Microsoft systems administrator from Australia and also the editor of ConsumingTech.com. He has been inseparable from the internet since Web 2.0 in 2005 and by 2008 decided on a career within IT. With a never ebbing desire to cover technology, he spends most days consumed by Windows, Linux, and Android in particular; however, he has spent innumerable hours learning consumer tech software in general, formally and as an autodidact, and has authored tens of thousands of tutorials and news articles since 2011. Mathew has obtained numerous Microsoft certificates and is a qualified sysadmin (MSCA). Read Mathew's full biography. Mathew's social profiles: Twitter, Facebook, Instagram, LinkedIn, Github, Reddit.
« Edge 91.0.864.67 Patches Elevation of Privilege Vulnerability» Edge Canary 93.0.946.0 Adds Windows 11 Visual Updates to Change Menu Fonts