This is a special update for Microsoft as it marks the 1,000th build of Edge Dev for Microsoft. It’s also a celebration for the Canary channel as it too has reached the same milestone. 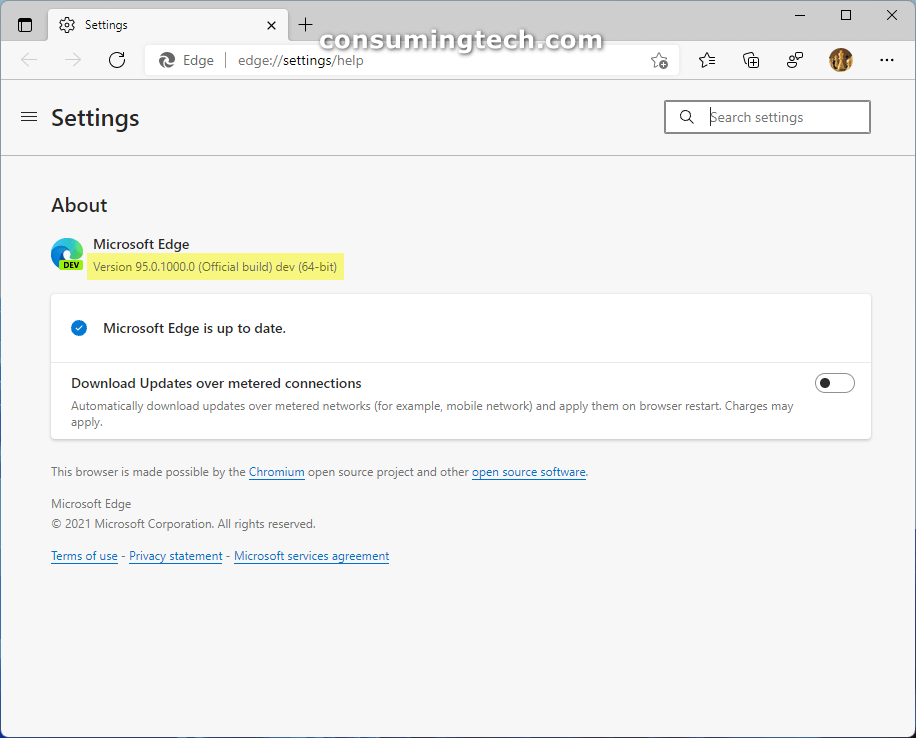 Edge 95.0.1000.0 brings a new feature that allows for the syncing of custom Internet Explorer mode site lists across devices. Additionally, there are several bug fixes.

Greetings, Insiders! Dev channel update to version 95.0.1000.0 is going out today! 🎉 1000 builds have now gone through Dev and Canary, and Josh goes over the IE mode site list syncing and more in this week’s build. You can read on here: https://t.co/u7ArMf0HLT pic.twitter.com/zfZBHsEizu

Mathew Diekhake is a certified Microsoft Systems Administrator from Australia and also the founder and editor of ConsumingTech.com. With a never ebbing desire to cover technology, he spends most days consumed by Windows, Linux, and Android in particular. However, he has spent innumerable hours learning consumer tech software in general, formally and as an autodidact, and has authored tens of thousands of tutorials and news articles since 2011. Mathew has obtained numerous Microsoft certificates and is a qualified sysadmin (MSCA). Read Mathew's full biography. Mathew's social profiles: Twitter, Facebook, Instagram, LinkedIn, Github
« Edge 94.0.992.14 Released to Beta Channel» Edge 95.0.1011.0 Released to Canary Channel