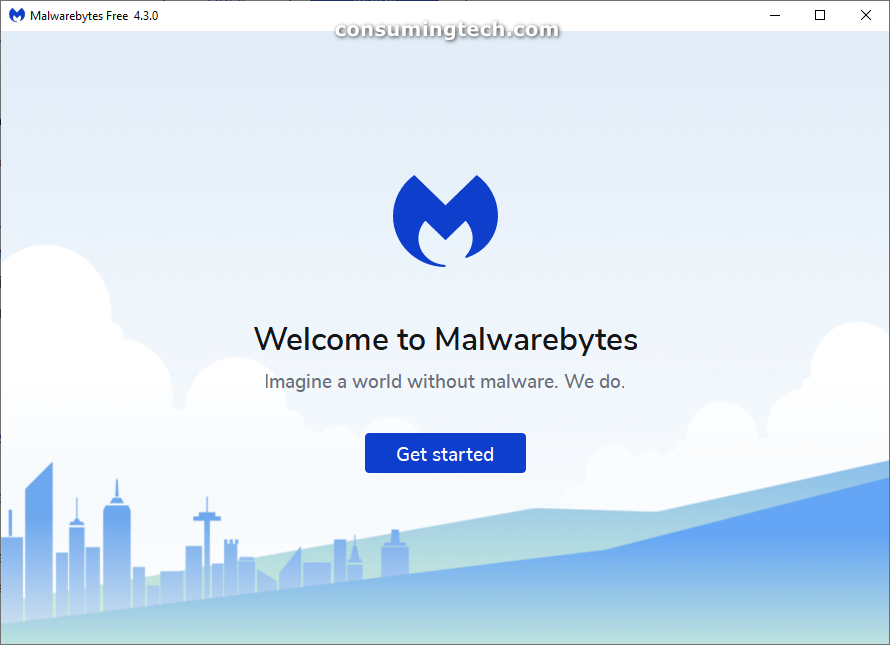 Choosing between Installing on a Work and Personal Computer

During the setup wizard, you may be asked if you’re choosing to install Malwarebytes on a personal computer or a work computer. If you are using it on a work computer, you don’t have to lie about it for fear that you will be charged more money, like what happens with some other tools. Instead, this is just Malwarebytes tailoring the experience to better suit your needs: If you choose to install it on a work computer, then Malwarebytes may show you other Malwarebytes-related products that can also help you with a working environment. Likewise, if you’re on a personal computer, Malwarebytes may show you other related products that are better suited to around the home. However, this will not change the fact that you’re installing a free version of the tool that can be used immediately as soon as the installation completes. 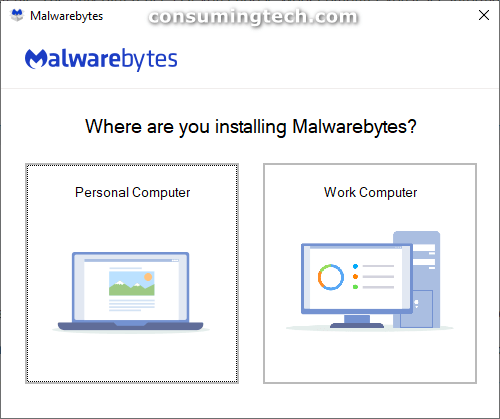 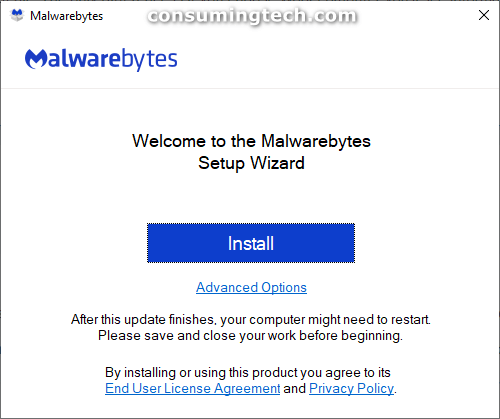 Note: Before installing Malwarebytes, you can also click on the “Advanced Options” link and change the location of the installation if you like, so that way you’re choosing where the application will be installed on the computer. This is particularly helpful for those who do not want to have a desktop icon, as they may otherwise not be able to locate the file by themselves, though File Explorer does come with a search field people often forget about. 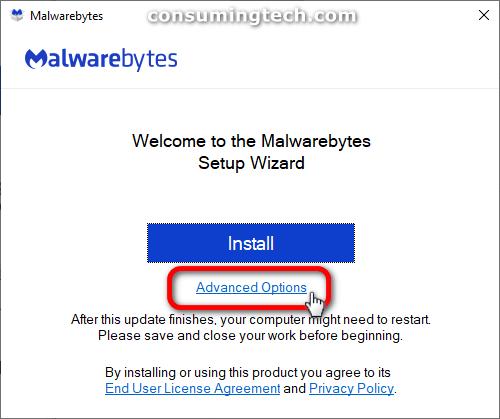 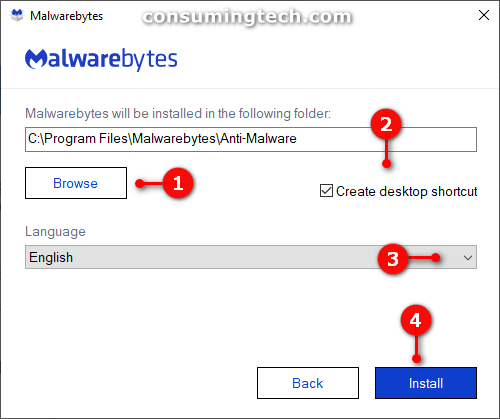 Malwarebytes free and premium are both fully compatible for all versions of Mac.

Always download the latest version as possible for your computer from the following links:

When you install Malwarebytes, the first screen you may see is Malwarebytes Premium. To get access to the free version, click on the “maybe Later” link at the bottom. 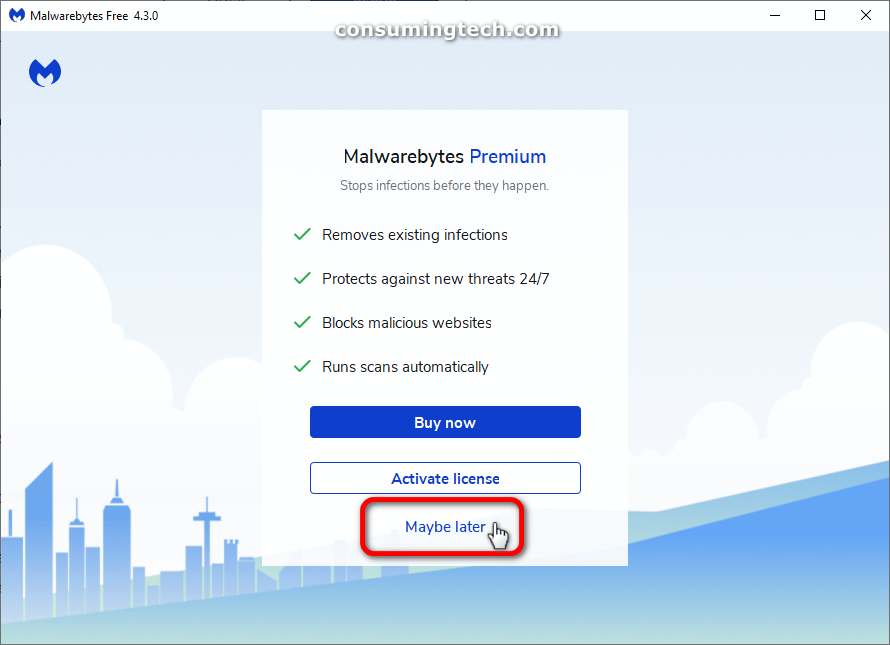 If you receive any special offers for other free tools, you can skip them. These are more sponsored apps that are not related to the tool you’re trying to install. 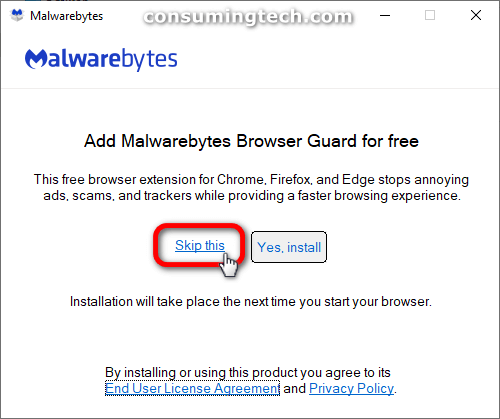 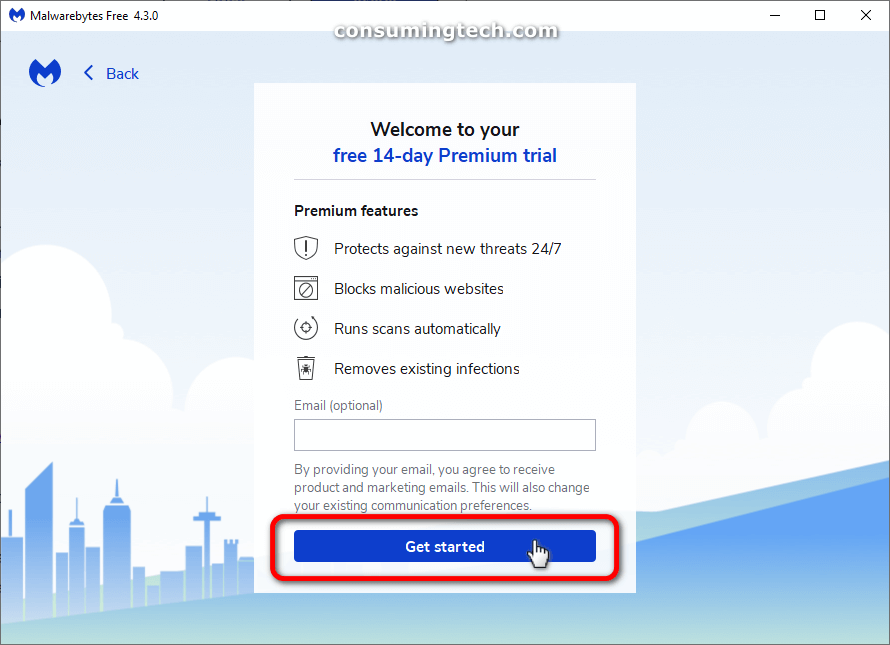 Once the Malwarebytes interface opens, look in the “Scanner” section for the button to begin your scan for malware. 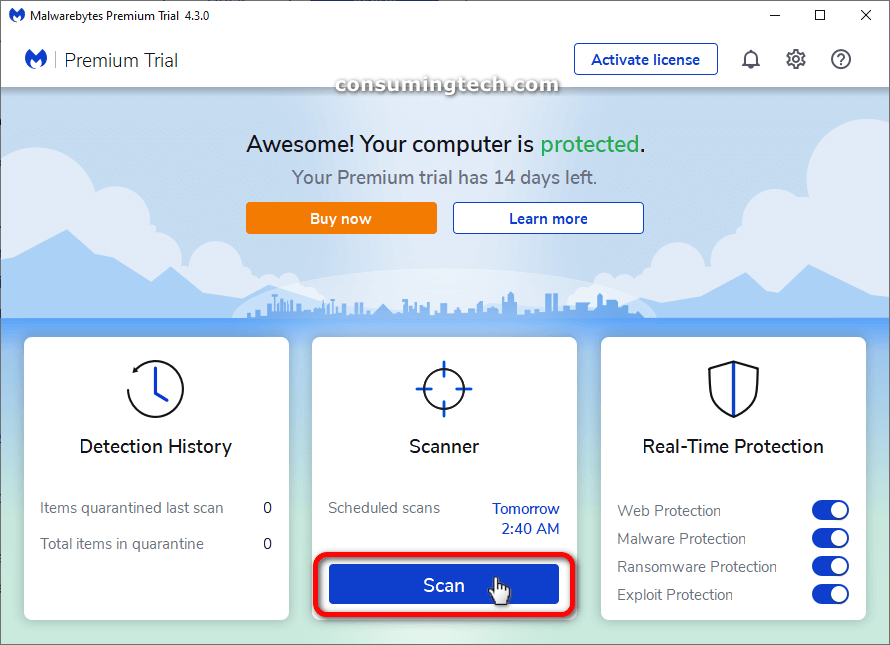 You can uninstall Malwarebytes from your computer the same way you uninstall a regular application. For more information on uninstalling apps in Windows 10, follow this tutorial: How to Uninstall Desktop Apps and Windows Apps in Windows 10 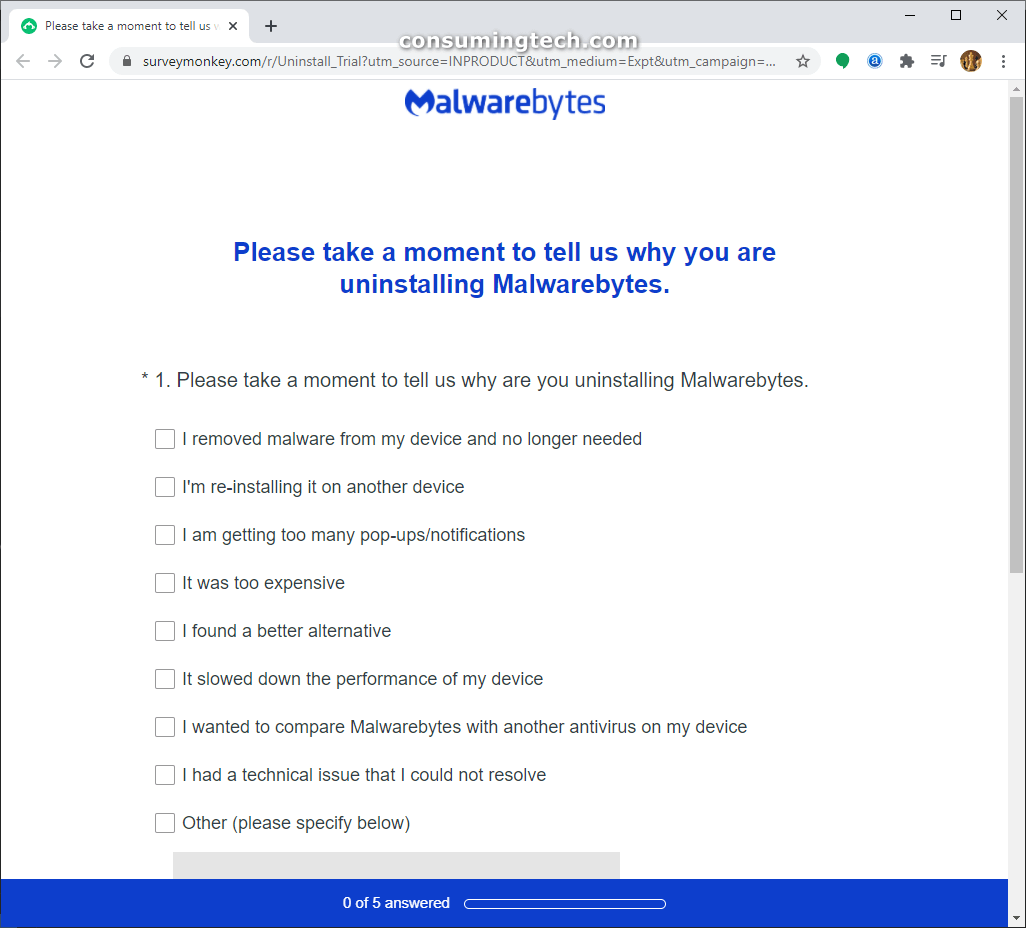 Mathew is a qualified Microsoft Windows systems administrator (MCSA) who has covered OSs, browsers, the internet, and related tech since 2011. He is the founder and editor of ConsumingTech.com and is a freelance tech writer for various publications around the Web. Mathew graduated from DDLS Melbourne (now Lumify). He grew up in Melbourne and lives in rural Victoria, Australia. Read Mathew's full biography. Mathew's social profiles: Twitter, Facebook, Mastodon, Instagram, LinkedIn, and Github.
« Download: Malwarebytes for Windows [Links]» Download: Malwarebytes for iOS [Links]