Sometimes life feels like it’s a little too short to become a software expert: if you feel you’re close to expert status with the Windows operating system, a different brand like Linux is going take you right back to complete newbie status again if you’ve never used it, and so on.

You can spend a decade learning one operating system and then when you begin to learn another it really is starting off a beginner again, like you have never sat in front of software before. 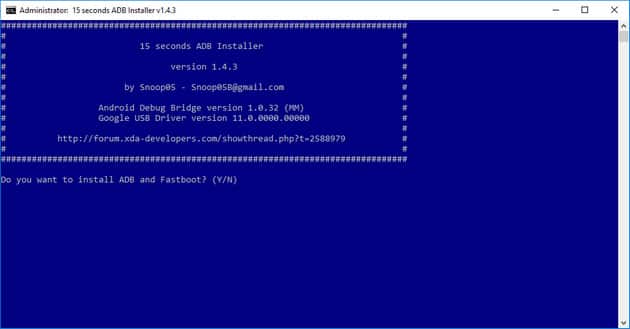 If you’re getting to know the Android OS as a developer, then you’re getting introduced to ADB and Fastboot. These are the two standard tools that every developer will need before they can begin modding their devices. The problem is, though, that there are hundreds of different guides out there, with lots of different information coming from each, and there’s a reason for that that we’ll try to break down as simply as possible.

Android developers used to have to install the entire Android SDK to get the ADB and Fastboot packages from it. That required one set of guides. Or if they weren’t downloading the whole thing, they were still heading to the webpage where Android SDK was available and installing the ADB and Fastboot from there. While that’s still possible to do even today, there’s now a simpler method, which is installing the package named “minimal ADB and Fastboot” that gives most Android developers all that they’re looking for. What’s more, the setting up process is far easier too.

To get started, download the version of minimal ADB and Fastboot that you want to install on the Windows-based computer. You’ll want to download the latest version possible as it is more likely to be compatible with your version of Windows and device that you plan on doing the developing with. If, however, you run into problems, try installing one of the older versions of the minimal ADB and Fastboot instead.

The Minimal ADB and Fastboot Tool has been updated several times. We have all releases available. Install the most recent release (the higher the number, the more recent the release is) to ensure the best chance of compatibility for your device.

Install the latest version of minimal ADB and Fastboot to give yourself the best chance of avoiding compatibility issues. If, however, the latest version isn’t working for your device, then you may want to try one of the older versions until you find one that does.

The minimal ADB and Fastboot tool comes with some distinct advantages over its processors.

For starters, there is no more need to set up the tool manually like you would’ve had to have done before—all you have to do this with minimal version is run the setup file and it automatically installs itself, usually to the C:Program Files/Minimal ADB and Fastboot folder.

Secondly, the full package you download for minimal ADB and Fastboot is incredibly small in comparison to the older files. The entire Android SDK would take nearly an hour to download onto a computer and use several hundred MB’s worth of hard disk space. The new minimal version, though, is the equivalent of a small driver package: installing is over within seconds, thanks to being roughly 2 MB’s in size, and so small you will barely notice it.

How to Install Minimal ADB and Fastboot

Once you’ve downloaded the minimal ADB and Fastboot package from the links above, you are then ready to start thinking about installing it on your computer. Another article of ours goes into great detail about how you can install minimal ADB and fastboot on Windows computers.

Mat Diekhake is the editor of ConsumingTech.com. He has been inseparable from the internet since Web 2.0 in 2005, and by 2008 decided on a career in IT. With a never ebbing desire to cover technology, he spends most days consumed by Windows, Linux, and Android in particular. Though he has spent innumerable hours learning consumer software in general, formally and as an autodidact, and has personally authored over 10,000 articles since 2010. Microsoft awarded him numerous certificates resulting in him becoming a qualified Windows systems administrator (MSCA). Read Mathew's full biography. Mathew's social profiles: Twitter, Facebook, Instagram, LinkedIn, Github, Reddit.
« Download: UMT Ultimate Multi Tool [Links]» Download: QPST Flash Tool [Links]