A feature I’ve been hoping Google added to Chrome but has yet to come to fruition is being able to move a browser tab over to the far right side and keep it there while all your other tabs are where they usually are positioned on the left side.  For me, this would allow me to keep my music and other non-work related tabs out of the way so as to not have them jumbled up together with the tabs that I’m using for more serious matters.

Perhaps there are reasons for Google leaving this feature out for now—it’s hard to believe that others haven’t suggested it, or that even the high paid employees over at the Googleplex haven’t thought about it before themselves. About the closest thing to that idea that I could find was the option to use side tabs. The side tabs move all your tabs from the top of the computer’s display and position them on the left side of the screen. The reason some people apparently think this is convenient is that those with wider screens might prefer having some extra screen real estate at the top instead of the sides.

Side tabs aren’t exactly hitting the nail on the head for what I’m talking about, though. I did manage to come up with a workaround for now, if anyone is interested, which involves dragging the tabs down, so they are separated from your current window. Then you can keep one window for your work stuff and another window sitting in the background for your music and other things you wanted.

Google Chrome and web browsers, in general, don’t change features very often so I can’t blame them too much for not yet implementing my keeping a tab or two over to the right side of the screen. If you do get a new feature, it’s likely to be coming from the website you’re visiting instead of it being a browser update. You might have noticed lately some websites keeping the video on your computer’s display, even when you scroll down the page to a point where it usually would no longer be in view. Facebook now does this if you’re in the middle of playing a video; and quite a few news networks are joining in on the fun, too.

This new feature is what people are calling having a window always open on top of the webpage that you’re viewing and its something that you can make your webpages do as well when you’re viewing them from your favorite web browsers. Lots of people are using this feature to help them keep both windows open with viewable content on them without the need for changing tabs.

The Windows operating system has some built-in tools that you can use to always keep things on top of a window. Utilizing them means you don’t have to install anything else on top of your existing software which means less bloat for your disk drive.

VLC Player: If you use the VLC player instead of the Windows Media Player then you’ll be happy to know that there is an option within its settings for making a window always stay on top as well. Just open up VLC and then head to the Video > Always on top option.

If you use the Google Chrome or Mozilla Firefox web browsers (which at the stage you should be if you aren’t already), then you can install the “Always on top” extension.

Developed by Vasyl Maherka, the Always on top add-on will work similarly to DeskPins, by giving you the chance to pin the windows of your choice. But instead of the pins standing out quite as much as with DeskPins, you just see the pin as an icon where you’re existing browser extension icons appear in the top right side of the browser toolbar: the one that’s pinned will have the pinned icon whereas the rest of the windows you have open won’t.

Update: Always on top is now only available for Firefox. Perhaps the developer will update the page for Chrome in the future seeing as it is used by far more people than Firefox at the present.

DeskPins is an application that you can download, and it will allow you to pin Windows. A pinned window will have it set as the window that will always stay on top of all others. DeskPins is compatible with all versions and editions of the Windows 10 operating system. One of the drawbacks with DeskPins though is that it doesn’t work with all applications just yet, with Groove Music being an example of a reasonably popular choice that will not work if you try to pin it. There’s always a chance that the developers include more apps like Groove Music in the future. 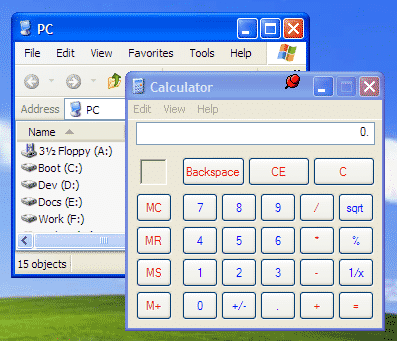 Unfortunately for the developers of DeskPins, some people are announcing this application as malware. After researching it ourselves, there are only a couple of programs that suggest this might be a virus while the vast majority of others detect it as clean. When an overwhelming majority of antivirus brands report a file as clean, then chances are it is going to be precisely that. The occasional red flag is not uncommon with your scanning with as many as fifty of the leading antivirus programs.

OnTopReplica is a small application that always puts a window on top of the usual one you’re working with. You may then fill that window with the content that you desire: YouTube videos, music, study notes, or whatever tickles your fancy.

OnTopReplica is good if you’re using the web with a purpose. But if you don’t yet know what you want a window on top for, or you plan on sometimes wanting a window on top and other times not, then perhaps there are better options out there. But for what it is, OnTopReplica is well developed and does as promised: will make another window always stay on top of all others in the browser window. The app used to be available from the Codeplex archives but has since been moved to GitHub.

If you prefer the way DeskPins works to OnTopReplica but don’t like the idea of visually having to look at pins in the corners of your windows, then you might prefer using TurboTop—you won’t notice it at all on your windows; instead, it adds a new menu to the system tray that you can click on and then choose which tabs you want to be always on top of all others.

TurboTop never moves from the system tray in the taskbar. When you click on its icon, you’ll see a menu with all your windows that you have open in the browser. Then all you need to do is click on the one that you want to be set as the windows that always stays on top, and you’re done. You can of course always click the icon again and choose another window to be set as the default one for always being on top. Given TurboTop’s compatible with Windows 10, you can also move the icon from being visible in the system tray to only visible after you click on the small arrow that sits to the left of all the visible icons, making it more conspicuous again if you prefer.

Mat Diekhake is the editor of ConsumingTech.com. He has been inseparable from the internet since Web 2.0 in 2005, and by 2008 decided on a career in IT. With a never-ebbing desire to cover technology, he spends most days consumed by Windows, Linux, and Android in particular. Though he has spent innumerable hours learning consumer software in general, formally and as an autodidact, and has personally authored over 10,000 articles since 2010. He is a qualified Microsoft Windows systems administrator (MSCA). Read Mathew's full biography. Mathew's social profiles: Twitter, Facebook, Instagram, LinkedIn, and Github.
« Fix: Unable to Turn On Windows Defender in Windows 10,8,7 [Tutorial]» How to Automatically Sign-in After Restarting Windows 10 [Tutorial]