Fix: Unable to Turn On Windows Defender in Windows 10,8,7 [Tutorial]

If you’ve used the Windows operating system for long enough to remember the days when the antivirus that Microsoft offered out of the box wasn’t very good, then it’s important that you keep yourself updated with the news, because the Redmond company has made up a lot of ground: now their built-in antivirus, Windows Defender, is very good.

The only times you won’t enjoy Windows Defender is if you can’t actually get it work. But don’t worry, it isn’t typical of Windows Defender to let a computer down like that. Microsoft has it automatically running in the background, not only when you first set up your computer but at every chance it gets. So if that isn’t happening to your PC, then chances are that something may be preventing it from doing so. Let’s run through what those options are likely to be. 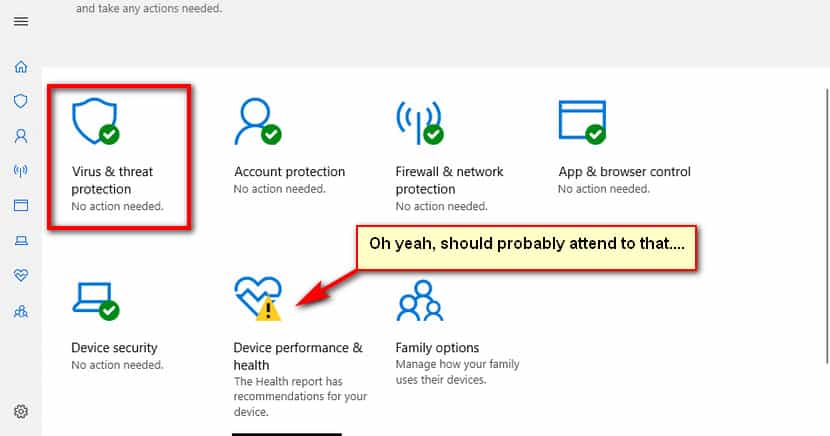 Most Troubleshooting can Be Done Within Windows Defender Interface

Looking at the screenshot above, it is only the green tick next to the Virus and threat protection button that needs to be showing for your Windows Defender antivirus to be working. Consider everything else there as extras. And if you do have a problem with any of them, you can click the button to find out why. 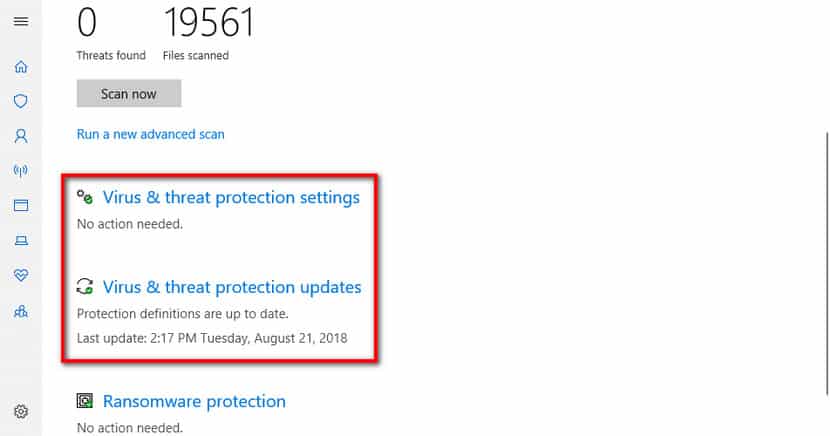 If you’ve already been into your Windows Defender antivirus, clicked on the virus and threat protection icon, and were not able to resolve your issue, then it might be because you have another companies antivirus running on your computer.

You can only ever have one antivirus running on your computer at a time if you’re using Windows. So if you’ve downloaded antivirus from a third-party or your computer already shipped with additional antivirus, you would need to uninstall it before Windows Defender will start working. 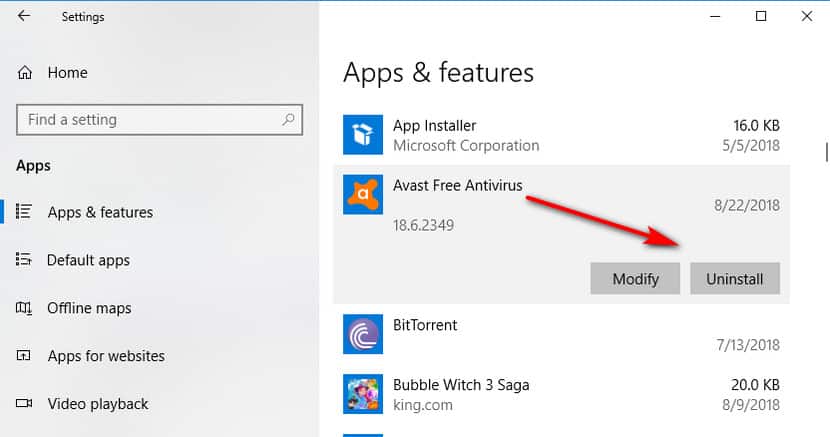 The Windows Defender icon from your system tray will remain green even if you are using third-party antivirus, and when you open it up and look at Windows Defenders home screen, it should still be showing a green tick in front of the protection status too. But technically this is no longer active. With third-party antivirus running, if you click on the “Virus and protection” button it will show you another page with a toggle that you can turn on to periodically check for threats still if you want. 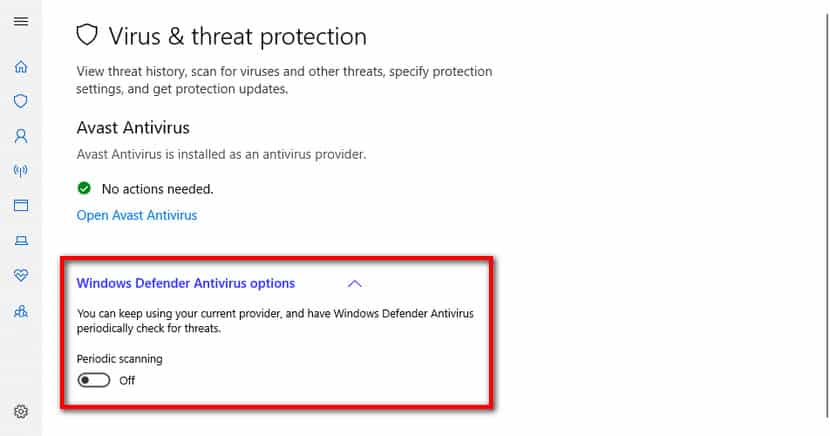 If you’re using an older version of Windows such as Windows 8, then it might be that you’ve got the time and date. This was a problem that plagued many Windows users in past Windows versions, all the way through from Windows XP to Windows 8. Sometimes users would turn their computers on and find that some features would not work and it was because for some reason the time and date was incorrect. Thankfully this is no longer an issue in Windows 10, so perhaps now is as good a time as ever to get your computers up to date with the latest Windows software.

If you plan on buying a new computer anytime soon, then you don’t have to worry because it will come with Windows 10 already installed. That goes across the board from desktops to laptops and anything else that might tickle your fancy, like one of the tablet/laptop hybrids that are all the rage these days. But if you need to update your current computer, then you might want to check out the Windows Media Creation tool that allows you to install it directly from a USB stick.

Mat Diekhake is the editor of ConsumingTech.com. He has been inseparable from the internet since Web 2.0 in 2005, and by 2008 decided on a career in IT. With a never ebbing desire to cover technology, he spends most days consumed by Windows, Linux, and Android in particular. Though he has spent innumerable hours learning consumer software in general, formally and as an autodidact, and has personally authored over 10,000 articles since 2010. Microsoft awarded him numerous certificates resulting in him becoming a qualified Windows systems administrator (MSCA). Read Mathew's full biography. Mathew's social profiles: Twitter, Facebook, Instagram, LinkedIn, Github, Reddit.
« How to Use Contact Support App in Windows 10 [Tutorial]» Sticky Notes 3.0 for Windows 10 Has Cortana Reminders for Your Notes