Firefox 93.0 is now rolling out to the Release channel. This update was released on October 5, 2021. 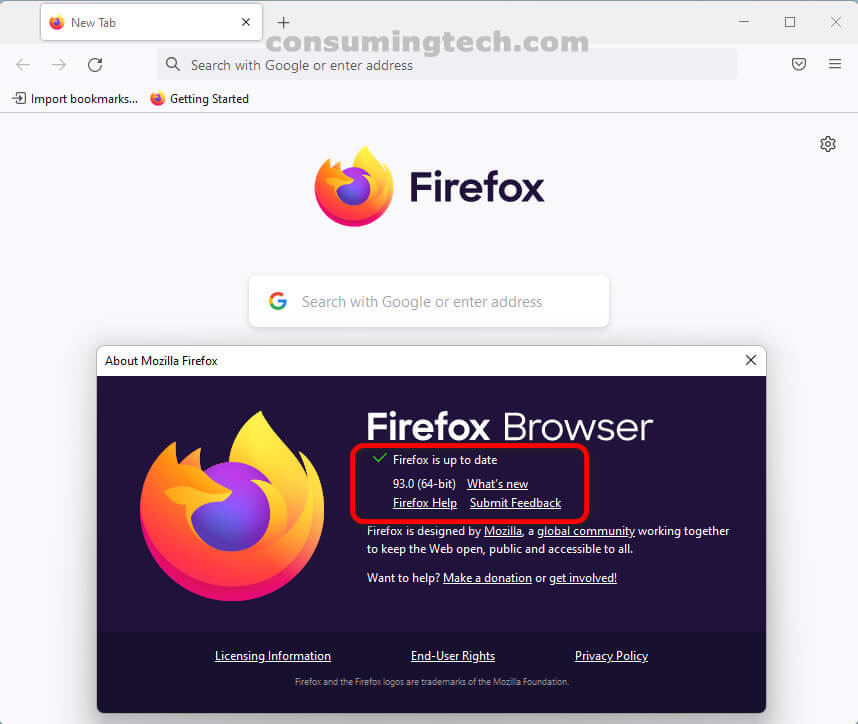 Firefox 93.0 uses “significantly” less bandwidth when you browse websites in comparison to previous versions of the browser. The Firefox PDF viewer adds support for XFA-based forms which are the type of forms many banks and government departments use. There is also a new feature that prevents session data loss for macOS users who are browsing with Firefox from a mounted .dmg file.

The full changelog provided by Firefox:

Mat Diekhake is the editor of ConsumingTech.com. He has been inseparable from the internet since Web 2.0 in 2005, and by 2008 decided on a career in IT. With a never ebbing desire to cover technology, he spends most days consumed by Windows, Linux, and Android in particular. Though he has spent innumerable hours learning consumer software in general, formally and as an autodidact, and has personally authored over 10,000 articles since 2010. Microsoft awarded him numerous certificates resulting in him becoming a qualified Windows systems administrator (MSCA). Read Mathew's full biography. Mathew's social profiles: Twitter, Facebook, Instagram, LinkedIn, Github, Reddit.
« How to Turn On/Off Sync Microsoft Edge Settings across Devices in Windows 10» Chrome 97.0.4669.0 Released to Canary Channel