The Firefox browser has been updated to version 90.0.2. This update to the Release channel was released on July 22, 2021.

Firefox 90.0.2 has fixed two bugs: the PDF output is no longer being cut off and the menu is now more visible. 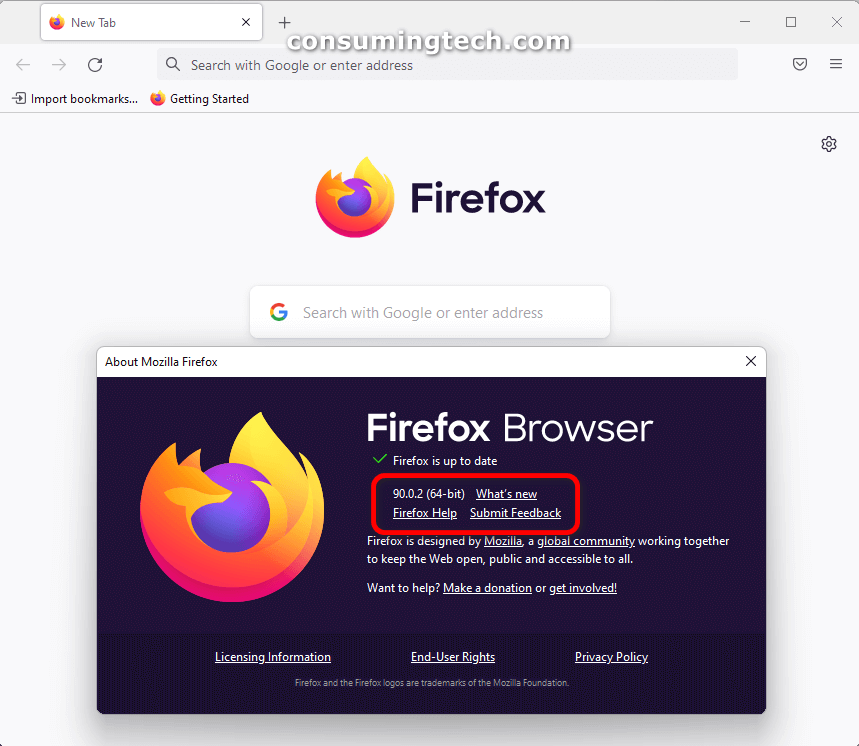 The first bug occurred during truncated output when printing would happen when PDF output is cut off on cp24.com and according to Mozilla there were likely other times as well.

The second bug which occurred on menu styling was for two separate styling issues: (1) the transparent context menu with minwaita theme and (2) the menu button was invisible when using Yaru Colors GTK theme and Light Firefox theme on Firefox 90.

In addition to the fixes, there was also one update to support the DoH Canada rollout.

Mat Diekhake is the editor of ConsumingTech.com. He has been inseparable from the internet since Web 2.0 in 2005, and by 2008 decided on a career in IT. With a never ebbing desire to cover technology, he spends most days consumed by Windows, Linux, and Android in particular. Though he has spent innumerable hours learning consumer software in general, formally and as an autodidact, and has personally authored over 10,000 articles since 2010. Microsoft awarded him numerous certificates resulting in him becoming a qualified Windows systems administrator (MSCA). Read Mathew's full biography. Mathew's social profiles: Twitter, Facebook, Instagram, LinkedIn, Github, Reddit.
« Firefox Beta 93.0b4 Fixes Recent Regression of “Always Open This Site in” Feature» Firefox Dev 91.0b7 Fixes Screenshots for Zoomed Pages