The Firefox browser has been updated to build number 90.0. This build was first available to Release channel users on July 13, 2021, and comes with several noteworthy features.

Most notably, it allows for Windows updates to be installed in the background while Firefox isn’t running. As you may know, Windows has been updated to Windows 11 recently, which is a major release for the Windows OS, but that won’t change anything for Firefox users with this feature; you can expect it to work on Windows 10 and 11. 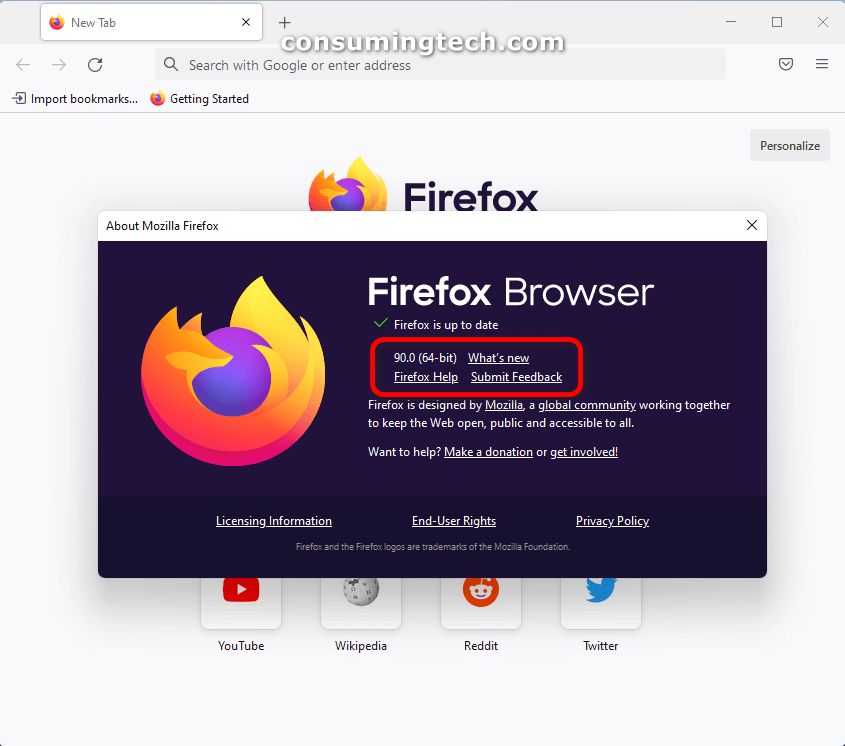 Other notable features include an entirely new page (which can be found by navigating here in Firefox: about:third-party) designed to help diagnose third-party application compatibility issues. Since compatibility problems naturally occur whenever you update the software which forms a platform of some sort — browsers, cryptocurrencies, content management systems, operating systems, so forth — and an application hasn’t followed suit, this is an interesting feature to monitor because it may be coming to other browsers soon, though there is always the chance Google or Microsoft views it as too technical to include in a browser for the average user.

You can read the rest of the changelog below:

Mat Diekhake is the editor of ConsumingTech.com. He has been inseparable from the internet since Web 2.0 in 2005, and by 2008 decided on a career in IT. With a never ebbing desire to cover technology, he spends most days consumed by Windows, Linux, and Android in particular. Though he has spent innumerable hours learning consumer software in general, formally and as an autodidact, and has personally authored over 10,000 articles since 2010. He is a qualified Microsoft Windows systems administrator (MSCA). Read Mathew's full biography. Mathew's social profiles: Twitter, Facebook, Instagram, LinkedIn, and Github.
« Vivaldi 4.1.2355.3 Adds Snapshot Menu Support for macOS» Edge 91.0.864.67 Patches Elevation of Privilege Vulnerability