The Firefox browser has been updated to version 92.0. This update to the Release channel was released on September 7, 2021.

Firefix 92.0 can automaticaly update HTTP connections to HTTPS by using HTTPS RR as Alt-Svc headers. You can also use full-range color levels for video playback (note though that Mozilla says for “many systems” and not all systems). 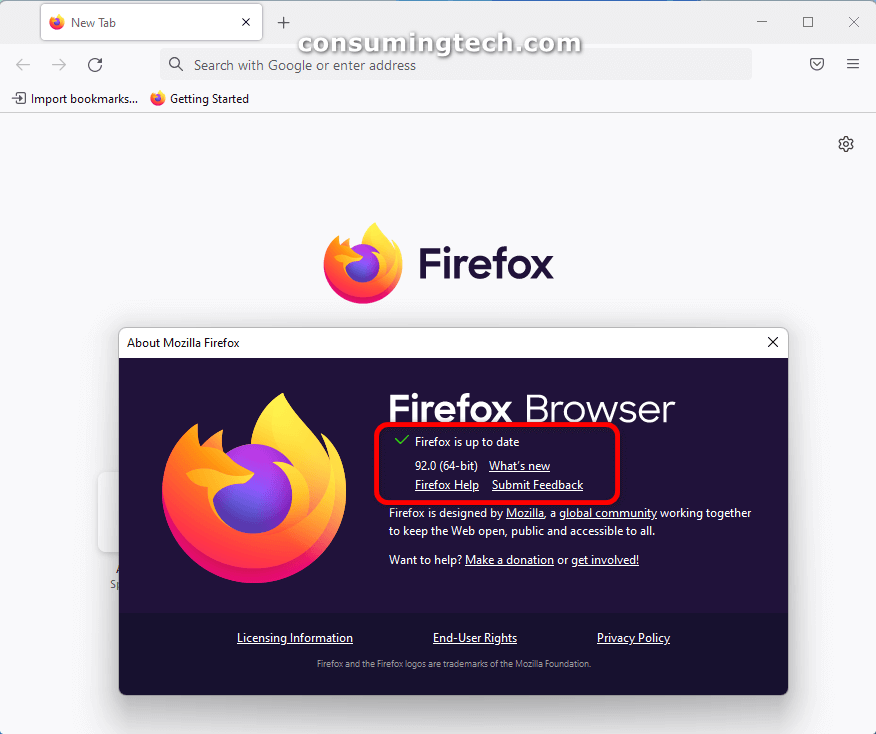 Firefox 92.0 also comes with Firefox Suggest, which introduces a custom search engine and sponsored suggestions in the Firefox address bar. Firefox Suggest integrates the standard suggestions Firefox is known for by taking data from new tabs, browsing history, bookmarks, and shortcuts, with sponsored content that may also appeal to users via the collection of similar data.

Here is the full changelog according to Mozilla:

Adverts are a touchy subject. Some people don’t like the idea of adverts existing at all, let alone in Firefox’s address bar. Even though the suggestions may appear more like a helpful feature, if they’re sponsored, then technically they’re adverts. It could be that Mozilla is trialing this feature on some users before mentioning it in a broader rollout.

Mathew Diekhake is a certified Microsoft systems administrator from Australia and also the editor of ConsumingTech.com. He has been inseparable from the internet since Web 2.0 in 2005 and by 2008 decided on a career within IT. With a never ebbing desire to cover technology, he spends most days consumed by Windows, Linux, and Android in particular; however, he has spent innumerable hours learning consumer tech software in general, formally and as an autodidact, and has authored tens of thousands of tutorials and news articles since 2011. Mathew has obtained numerous Microsoft certificates and is a qualified sysadmin (MSCA). Read Mathew's full biography. Mathew's social profiles: Twitter, Facebook, Instagram, LinkedIn, Github, Reddit.
« Edge 95.0.1011.0 Released to Canary Channel» Firefox 93.0b3 Released to Dev Channel