The Firefox browser has been updated to version 91.0.2. This update to the Release channel was released on August 24, 2021.

Firefox 91.0.2 brings two fixes over the previous browser version: High Contrast Mode is no longer enabled by default when it shouldn’t be, and Firefox no longer clears authentication data when purging trackers. 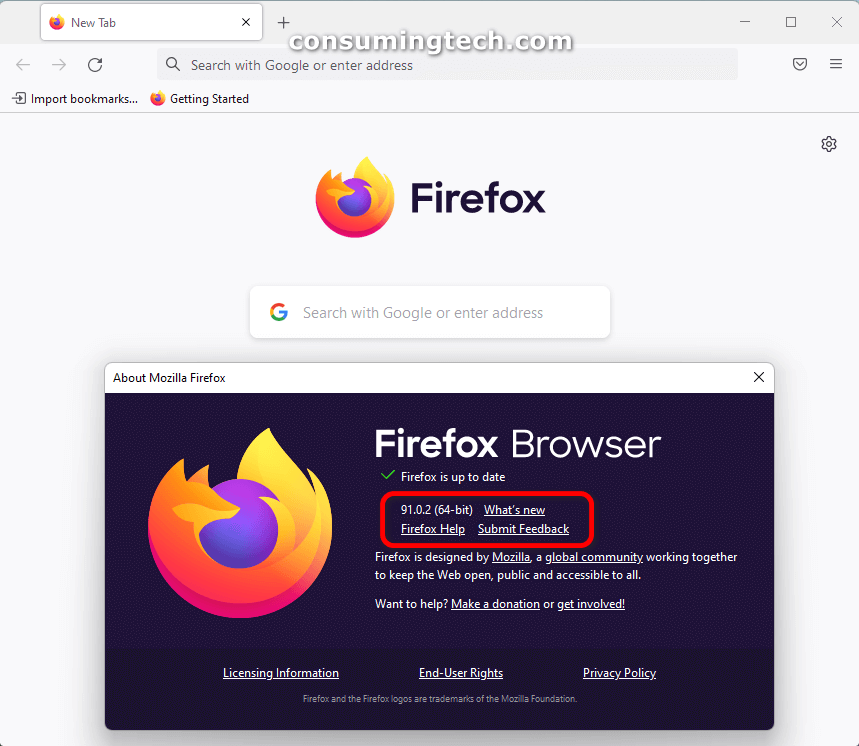 Some users reported Firefox having High Contrast Mode enabled when “Increase Contrast” is checked in macOS settings, and that problem is now solved.

Mat Diekhake is the editor of ConsumingTech.com. He has been inseparable from the internet since Web 2.0 in 2005, and by 2008 decided on a career in IT. With a never-ebbing desire to cover technology, he spends most days consumed by Windows, Linux, and Android in particular. Though he has spent innumerable hours learning consumer software in general, formally and as an autodidact, and has personally authored over 10,000 articles since 2010. He is a qualified Microsoft Windows systems administrator (MSCA). Read Mathew's full biography. Mathew's social profiles: Twitter, Facebook, Mastodon, Instagram, LinkedIn, and Github.
« Firefox Dev 91.0b7 Fixes Screenshots for Zoomed Pages» Firefox 92.0b8 Brings Crash and Rendering Fixes