Windows operating systems can prove a hassle to the laymen over time because if they don’t delete their temporary files, they can build up and cause a computer to run out of disk space. That then causes the computer to put stress on the hardware, likely reducing it’s lifespan, and prevents users from being able to add more files to the computer when that disk space eventually runs out.

Windows 10 now handles its own system maintenance tasks, requiring less from the users than in earlier versions of the operating system. But temporary files is still a job that needs to be handled manually, by oneself, as there is nothing available in Windows 10 to automatically begin deleting them when they build up over time.

Deleting Temporary files is one of the more common methods of freeing up disk space, but it isn’t the only way. There are lots of other things out there that can help clear out more disk space, which is what makes tools such as CCleaner so valuable–you don’t have to go around trying to do them all one by one as the program just does them at the one time for you.

But there are some things installed on Windows operating systems that software as dependable as CCleaner doesn’t want to touch, even if it would mean helping you have more disk space. The old drivers are one of them. CCleaner doesn’t add anything for removing the old drivers because they deem it too dangerous since there is no way they can remove all the files associated with the driver. Thus many people might find themselves with computers that have problems created by those driver files still being around. So you’ll need to find out another way to delete the old drivers instead. . . .

Luckily Windows 10 does offer some ways you can delete the old driver files, without the need of help from any third-party programs. Like with the temporary files, it doesn’t happen automatically unless you’ve got your toggle set correctly, but it also won’t take you long to do it manually.

Deleting the old drivers isn’t just about getting more hard disk space back either. There might come a time when you want to remove old drivers after upgrading to newer hardware because you are suffering from performance-related problems. Old drivers after upgrading hardware can cause numerous strange issues that you’ll want to be fixed. Sometimes people get stuck with what to do in these situations because the old drivers aren’t showing up in the Device Manager. We’ll show you how you can fix that problem as well.

How to Delete Old Drivers from Disk Cleanup in Windows 10

You can delete old drivers in Windows 10 from the Disk Cleanup for the C: drive. To get started, click on the “File Explorer” icon available from the taskbar—or, if you have it there, you might also find it available from the far left side pane of the Start menu.

Scroll down the left side pane of the File Explorer, if you must, until you can see the “This PC” icon and then click on it. 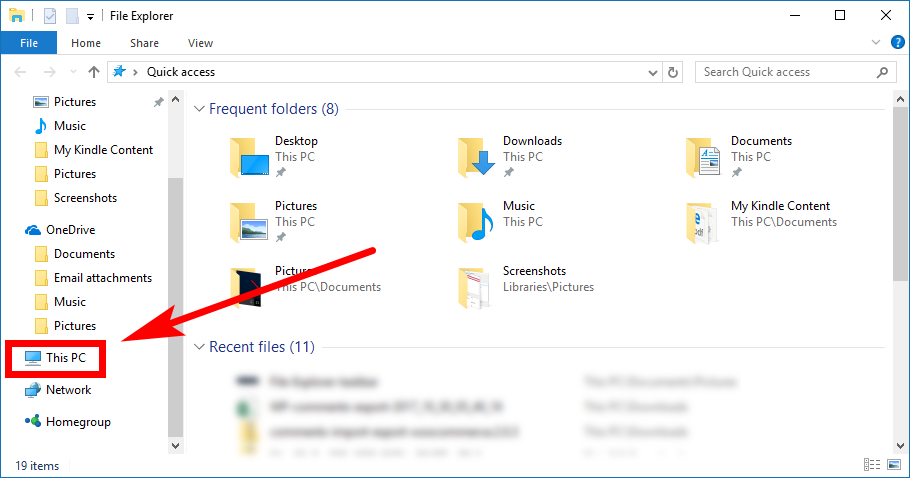 When you have clicked on the This PC icon you then get the “Windows C: drive” that is available under the Devices and drives heading of File Explorer. 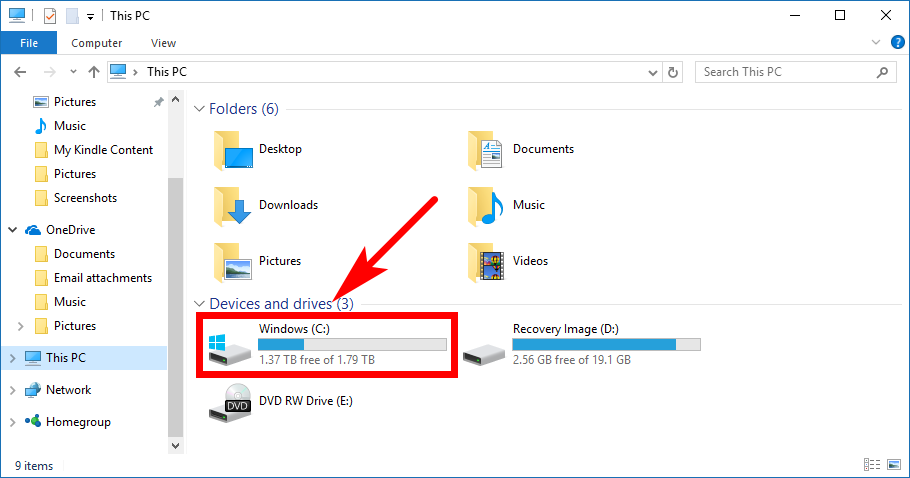 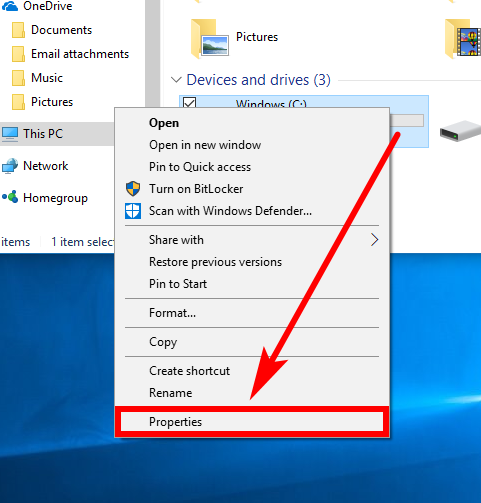 You’ll now have the Windows C: drive Properties dialog box open on your computer’s screen. Leave it on the General tab that it opens up with and just click on the “Disk Cleanup” button that you’ll get in the same area as the Capacity of your drive. 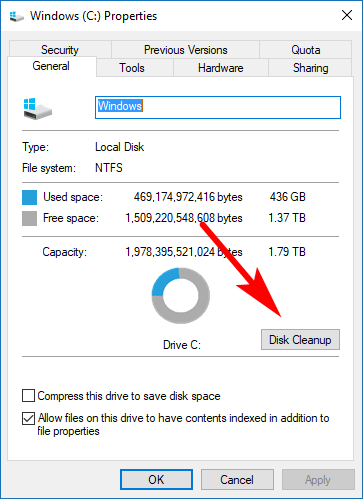 You’ll see some files that you can delete, but you won’t find the drivers in there yet. Instead, click on the “Clean up system files” button that is available under the Description heading toward the bottom of the dialog box. 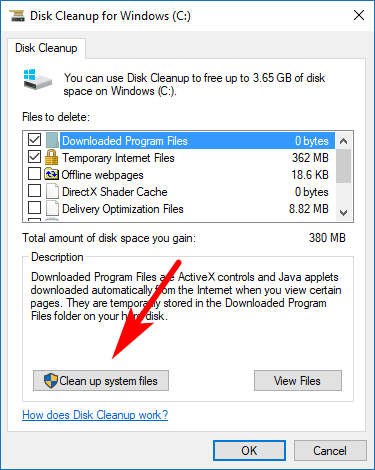 Now scroll down the Files to delete section until you see the “Device driver packages” checkbox. Make sure it is checked with a checkmark and then click on the “OK” button to run the disk cleanup, ensuring that the device driver packages are included.

(If you’re someone who uses the Disk Cleanup tool regularly or have used it at least once recently, then you won’t need to bother going to the effort of deleting the device driver packages manually. It is a checkbox that is checked automatically for those people who do use Disk Cleanup.) 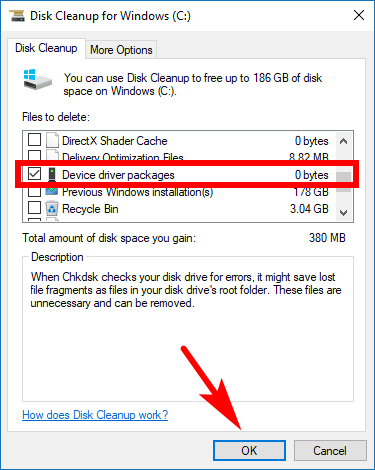 Disk Cleanup is a powerful tool that can quickly help free up more disk space, but you shouldn’t always remove everything just because there is a checkbox available for you to tick. Some of those boxes are for stuff like the Windows ESD Installation Files which are probably best left alone. There are heaps of useful resources online for those wanting to know the specifics about each of the options you get, and it’ll take a good few hours of research if you’re going to get to know them all. The default settings are always a safe bet though for anyone wanting a quick solution, and one of those is the old drivers.

Mathew is a qualified Microsoft Windows systems administrator (MCSA) who has covered OSs, browsers, the internet, and related tech since 2011. He is the founder and editor of ConsumingTech.com and is a freelance tech writer for various publications around the Web. Mathew graduated from DDLS Melbourne (now Lumify). He grew up in Melbourne and lives in rural Victoria, Australia. Read Mathew's full biography. Mathew's social profiles: Twitter, Facebook, Mastodon, Instagram, LinkedIn, and Github.
« Run System Maintenance Troubleshooter in Windows 10» Get Help with File Explorer in Windows 10