How to Determine File System of Drive in Windows 10 [Tutorial]

Have you ever gone to leave the house and couldn’t find your keys . . . and then still couldn’t find your keys five minutes later still and then you were officially going to be late to where you were heading? Well, computers can’t afford to have that problem or else people would just throw them out the window and not forgive them, so they need to come up with some type of solution.

Enter the file system: a system that has been purposefully engineered so that applications can store and retrieve files on storage devices.

There are all different types of file systems for different bits of hardware that make up a computer—solid state drive, hard disk drive, USB thumb drive, so forth—and each of them gets divided up into many units that each store data, as well as have a plan on how to remember what data is being stored in each unit. It makes it easier to go then and find that data later on when being called upon by applications that need it.

The Windows 10 operating system supports several types of file systems. They are the following: FAT. FAT32, exFAT, NTFS, ReFS. You can find out what file system a drive is using in Windows 10 from the File Explorer.

This is how to determine the file system of a drive when you’re using the Windows 10 operating system.

You can determine the file system of a drive from This PC in File Explorer in Windows 10. To get started, head to the Start menu > File Explorer > This PC from File Explorer’s navigation pane down the left side and then right-click on the drive of your choice and select “Properties” from the menu, as shown in the screenshot below. 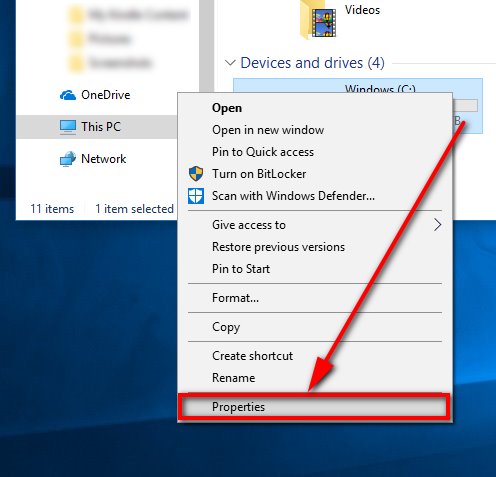 Keep it on the “General” tab and just look where it shows you the “File System.” 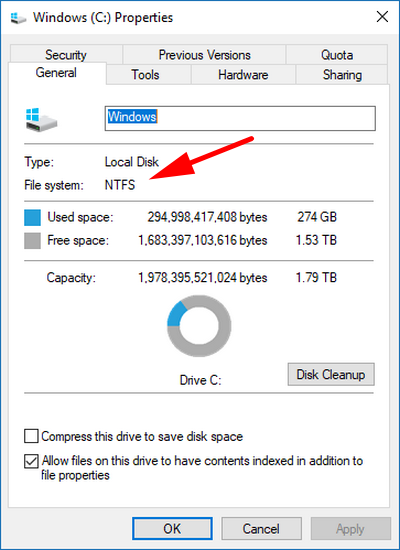 How to Find Out File System of Drives in Disk Management

You can determine the file system of a drive from Disk Management in Windows 10 also. To do it this way, right-click the mouse pointer on the “Start” button in the left side of the taskbar and then click on the “Disk Management” from the Win+X Quick Links menu, as shown in the screenshot below. 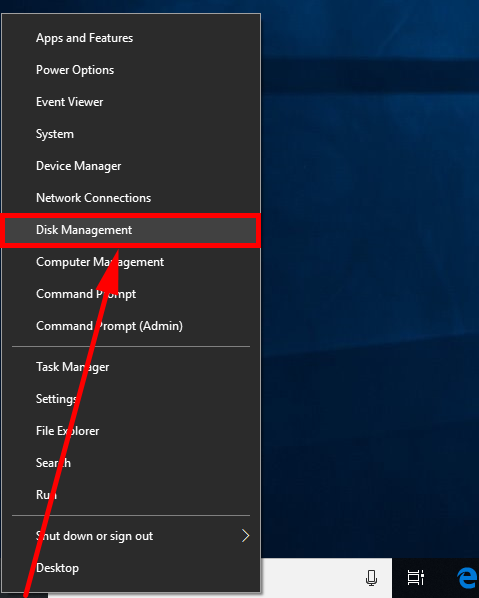 If you look further down the same Disk management window, you’ll also see it tell you the name of the file system where it lists your drive. It doesn’t actually let you know it is the file system though so it’s only useful if you know that you’re looking for NTFS, FAT32, etc. 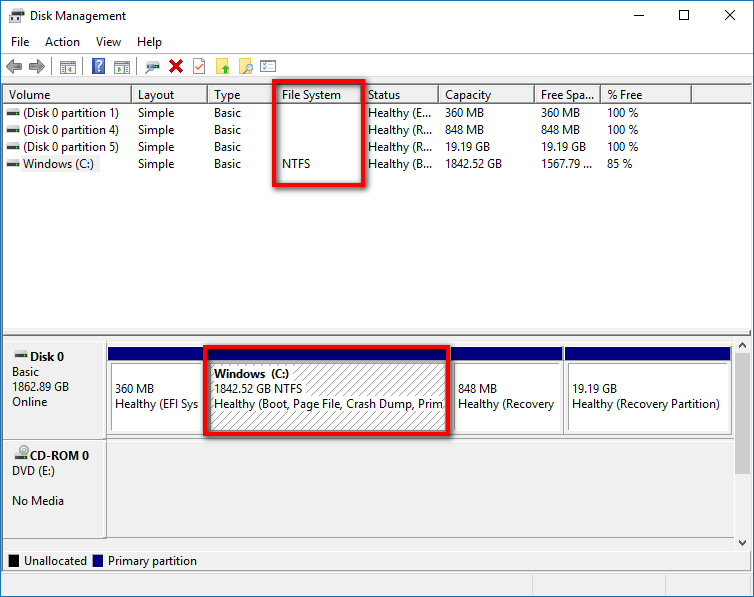 How to Find Out File System of Drives in Command Prompt

You can also determine the file system type of a drive that’s on your computer by using the Command Prompt in Windows 10, too. To do it this way, open up the elevated Command Prompt window so you are using it with the administrative permissions and then type the diskpart command.

You’ll be prompted by User Account Control (UAC) where you’ll then need to click on the “Yes” button to continue. Once you do you’ll see the Command Prompt window on your computer’s display once again.

Now type the list volume command and hit the “Enter” key on your keyboard and it’ll show you the information that’s relating to your volumes, and one of the columns being the file system, abbreviated with the “FS” initials as shown in the screenshot below. 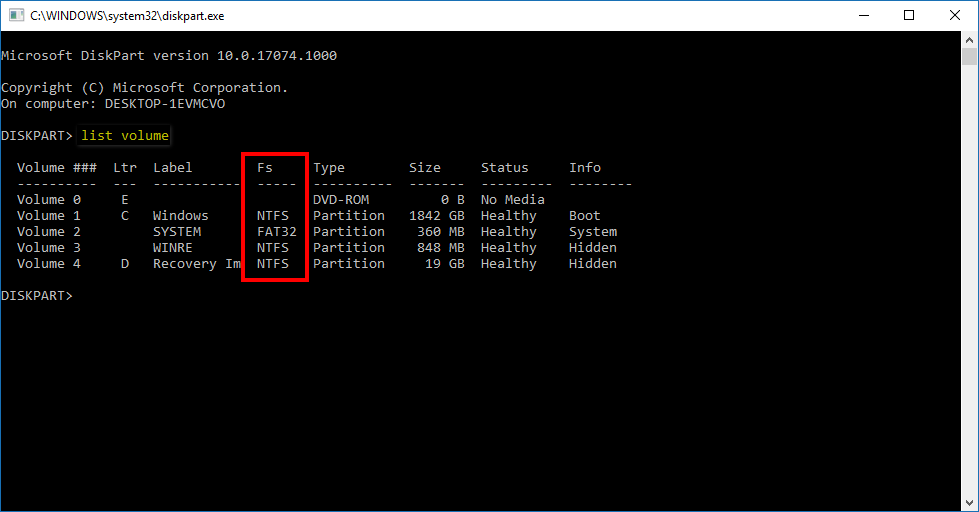 How to Find Out File System of Drives in PowerShell

Look for the “File System Type” column listed to find out the type of file system of the drive.

File systems play an integral role in helping your computer gather information, but they can present some problems for the end user. Many operating systems use different file systems, and they aren’t always compatible—have an HFS+ formatted drive on a Mac? Well, it won’t be able to work with a Windows operating system, for example. Since compatibility can sometimes be an issue, there may be times when you need to know what file system your computer uses. FAT32 is compatible with the most machines, but if you have a bigger hard drive, then it’ll likely be using the NTFS file system instead.

Mat Diekhake is the editor of ConsumingTech.com. He has been inseparable from the internet since Web 2.0 in 2005, and by 2008 decided on a career in IT. With a never ebbing desire to cover technology, he spends most days consumed by Windows, Linux, and Android in particular. Though he has spent innumerable hours learning consumer software in general, formally and as an autodidact, and has personally authored over 10,000 articles since 2010. Microsoft awarded him numerous certificates resulting in him becoming a qualified Windows systems administrator (MSCA). Read Mathew's full biography. Mathew's social profiles: Twitter, Facebook, Instagram, LinkedIn, Github, Reddit.
« How to Change Maximum Processor Frequency in Windows 10 [Tutorial]» How to Enable/Disable Touch by Finger in Windows 10 [Tutorial]