The Caffeine Cydia tweak lets users of iPhone, iPad, and iPod touch disable the auto lock feature from their devices. The auto-lock feature is annoying if you’re the kind of person that is constantly on and off the iOS device after every few minutes. By disabling it with the Caffeine tweak, you will no longer have this problem to deal with anymore.

Caffeine isn’t just for disabling the auto lock forever either. You could just use the settings to turn it off and on if it was in the settings. There are moments when users are inside their devices and just want to disable auto lock for a brief period while they do a particular task. It’s this kind of usage where the Caffeine tweak shines above all others. Caffeine will let you turn off auto lock via activator instead of having to dig deep into the settings app. 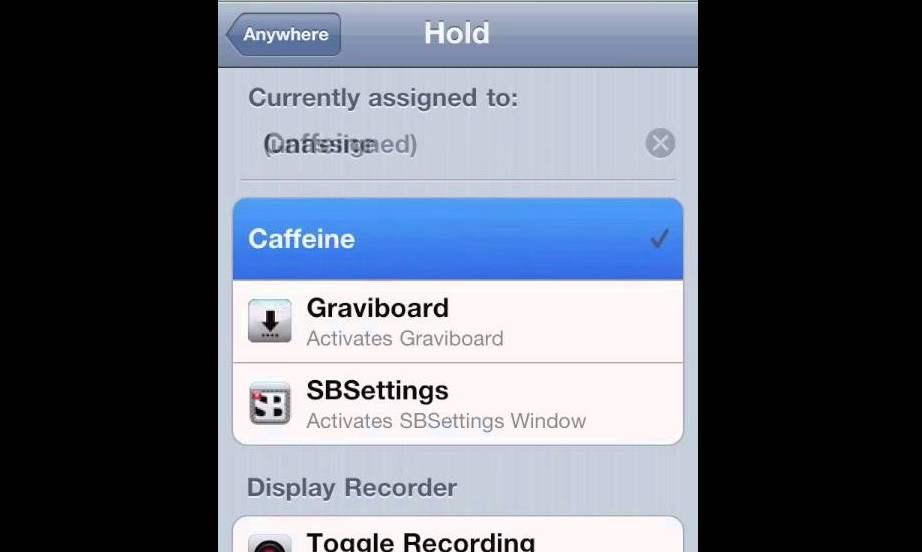 If you were reading this in 2014, then you will want to know about the new Evasi0n tool that lets users have an untethered experience running iOS 7. Winterboard is upgraded by now for all the iPhones, including the latest iPhone 5S. That has only just started happening now. Before last week, it was working for the older mobiles only. Heaps of Cydia updates and if it’s themed you want to check out there is no shortage of them. Our absolute favorite of the bunch so far is the fantastic Obscure 7. It looks like nothing I have ever seen before today. It would probably be more familiar with the men instead of the women out there because of its black-and-white nature. If its color, you want a lot of them, you won’t want to try this one. Instead, you might be interested in checking out the much-anticipated Ayecon instead, which has proven very popular so far, and it’s one of many people’s favorites, including some very reputable brands out there.

With this tweak, there isn’t anything left in your iPhone springboard. There also isn’t any icon to go with it. You can configure the activator exactly how you would like it direct from the settings app.

To download and install Caffeine head over to the BigBoss Repo from Cydia and search for Caffeine. Once you have found it, install it, and it will now be on your iPhone, iPad, or iPod touch. Depending on what device you installed it on.

Mat Diekhake is the editor of ConsumingTech.com. He has been inseparable from the internet since Web 2.0 in 2005, and by 2008 decided on a career in IT. With a never ebbing desire to cover technology, he spends most days consumed by Windows, Linux, and Android in particular. Though he has spent innumerable hours learning consumer software in general, formally and as an autodidact, and has personally authored over 10,000 articles since 2010. He is a qualified Microsoft Windows systems administrator (MSCA). Read Mathew's full biography. Mathew's social profiles: Twitter, Facebook, Instagram, LinkedIn, and Github.
« How to Use Siri as a Calculator» Download iTunes 11.0.1 for Mac and Windows