In an eventful day, we saw iOS 6.1.2 firmware released by Apple to fix numerous bug we mentioned in detail earlier as well as Evasi0n updating their firmware so users can update the latest iOS 6.1.2 firmware and jailbreak still using Evasion. If you are interested in jailbreaking using the updated Evasi0n guide, you can get your hands on it here. Before you do that, though, you will need to update your firmware. To get the iOS 6.1.2 update you can head here. 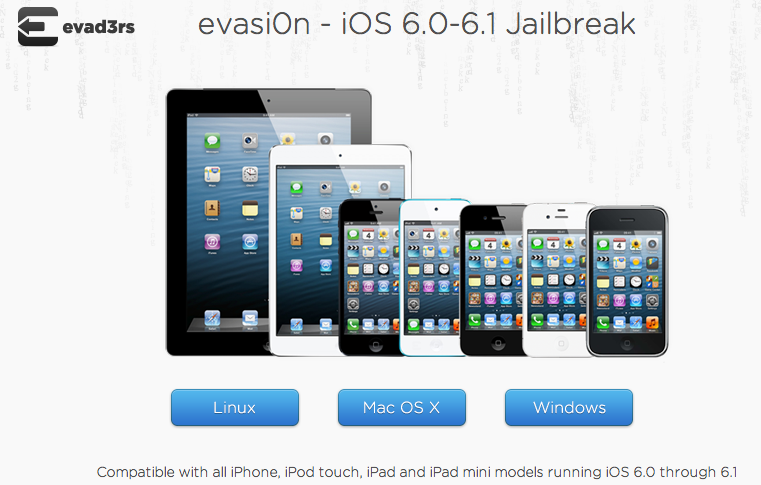 Evasi0n is a fully untethered jailbreak tool developed by some of the best hackers in the iOS world. The Evasi0n tool helped millions of people jailbreak the iOS 6 and iOS 7 firmware versions by Apple. By iOS 8, the jailbreaking team no longer continued support using the same method.

If you are running one of the more recent versions of the iOS firmware such as the iOS 9 or the iOS 10 firmware, you can check out how to jailbreak that by using the Pangu tool instead. The guys who bring you the Pangu jailbreak were students of Stefan Esser’s and Esser himself does not think much of the Pangu team, but the reasons are not widely understood. Apparently, he doesn’t think the jailbreak is properly done. Still, you can use Cydia with the Pangu tool and run your Cydia tweaks and do all the same things you could with other jailbreaking tools. You just might want to look more into what Esser’s complaints are if you are interested in having maximum security on your device.

Mathew Diekhake is a certified Microsoft Systems Administrator from Australia and also the founder and editor of ConsumingTech.com. With a never ebbing desire to cover technology, he is mostly consumed by Windows, Linux, and Android. However, he has spent stacks of hours learning about a variety of computer software, both formally and informally, and has authored tens of thousands of tutorials and news articles since 2011. Mathew has obtained many Microsoft certificates and is a qualified sysadmin (MSCA). Read Mathew's full biography. Mathew's social profiles: Twitter, Facebook, Instagram, LinkedIn, Github
« Fans Outraged Over Apples Latest Announcement: the iPad 4» Introducing the iPad Mini: All There is to Know