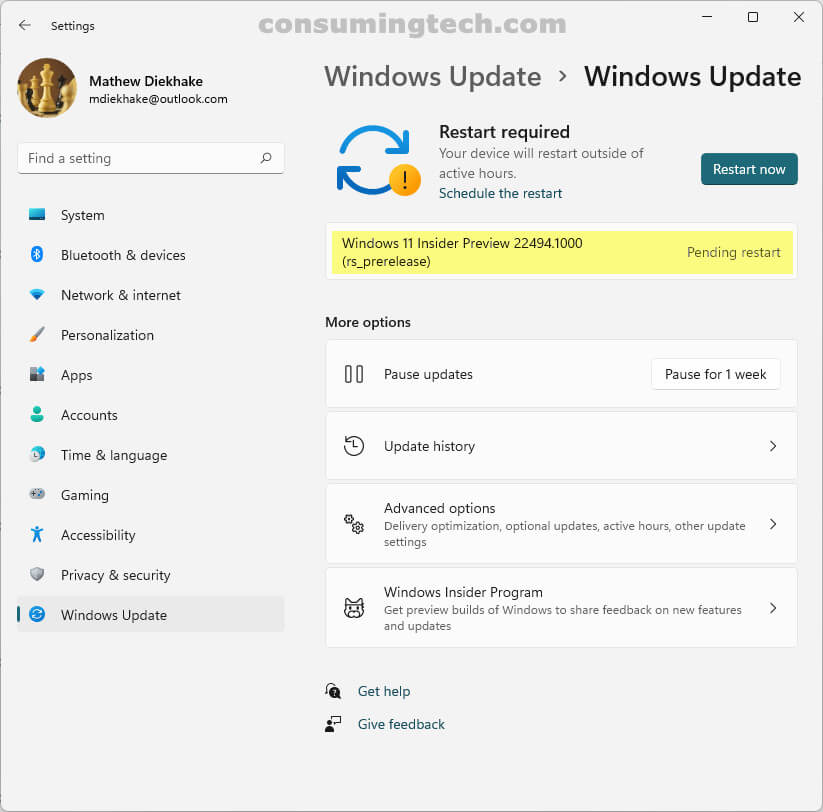 Windows 11 22494.1000 brings a noteworthy new feature, namely the ability to mute and unmute Microsoft Teams calls directly from the taskbar. This is likely to help try to simplify the mute settings as much as possible so that Teams can better compete with Zoom, which is an alternative video teleconferencing software program known for its ease of use.

Microsoft is rolling this new mute/unmute feature out gradually, meaning you won’t all see it at the same time. In particular, Microsoft is aiming it at the Windows Insiders who have Teams for work or school installed.

We like Zoom as much as the next person, but it’s not going to take much reconfiguring for a company like Microsoft to make teams very competitive. And given Microsoft’s reach, it always has a real chance of taking back a significant market share. But for now, Zoom remains our top choice because Teams continues to enforce the rule that we must hand over a mobile phone number not for making calls with the software but rather as a security measure before you can get in.

You can read up on the rest of the changes, improvments and fixes from here: Announcing Windows 11 Insider Preview Build 22494 | Windows Blogs.

Mat Diekhake is the editor of ConsumingTech.com. He has been inseparable from the internet since Web 2.0 in 2005, and by 2008 decided on a career in IT. With a never ebbing desire to cover technology, he spends most days consumed by Windows, Linux, and Android in particular. Though he has spent innumerable hours learning consumer software in general, formally and as an autodidact, and has personally authored over 10,000 articles since 2010. Microsoft awarded him numerous certificates resulting in him becoming a qualified Windows systems administrator (MSCA). Read Mathew's full biography. Mathew's social profiles: Twitter, Facebook, Instagram, LinkedIn, Github, Reddit.
« Opera Dev 82.0.4226.0 Solves Several Wrong Colors Being Displayed and More» Firefox 95.0b4 Re-Enables Hunspell Rlbox Sandbox on 32-Bit Platforms and More