Verizon Will Bring Out Moto G On 9th of January

Google and Motorola are doing a great job of spreading the love around for the Moto G as we head into the new year starting today. We reported not long ago about the Boost mobile deal that will be coming in early February. Along with that news, we have the Verizon carrier set to bring it out much sooner on the 9th of January.

The Moto G smartphones should be one of the best selling smartphones in the world. It offers the average smartphone user enough power to handle all the daily tasks they do such as web browsing while only coming in at a fraction of the cost of a typical flagship that has far more RAM than anyone less than an avid gamer would need.

Although they are not known as the most reputable brand name across the States, Verizon is offering up a good deal and sooner than some other carriers to try to pull in some much-needed sales. If you live in an area where the network isn’t prone to letting you down for this company, then it’s well worth a look into, especially if you want to shop around within the next ten days.

From the official website, this is called a “hard street date,” which in other words, says that it isn’t hanging if they have anything to do with it. We have also been given the news that it will end up holding the same price tag of $99 like we originally had heard. With this being a well-documented cheap phone, that price is all you will need to have this one off-contract. But don’t be fooled into thinking that it isn’t worth owning, because it is known as an excellent handset for everyone, and if you’re on a budget, then it’s an absolute no-brainer to hook yourselves up with this one.

It’s been well documented that Verizon has been on the up lately with significant profit margins, which ultimately led to the buyout of Vodafone stakes. For those interested in knowing just how much the sale was worth, it is around the 130 billion dollar mark — a remarkable figure in the scheme of things. Note that it doesn’t mean Vodafone is now owned by Verizon wireless, but rather Vodafone’s stake, which it had has now been repurchased so that the telecommunications giant has entirely full ownership of themselves again. 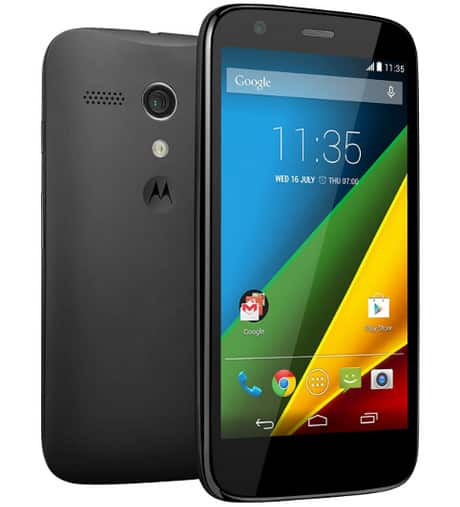 Mathew Diekhake is a certified Microsoft Systems Administrator from Australia and also the founder and editor of ConsumingTech.com. With a never ebbing desire to cover technology, he is mostly consumed by Windows and Android. However, he has spent stacks of hours learning about a variety of computer software, both formally and informally, and has authored tens of thousands of tutorials and news articles since 2011. Mathew has obtained many Microsoft certificates and is a qualified Systems Administrator (MSCA). Read Mathew's full biography. Mathew's social profiles: Twitter, Facebook, Instagram, LinkedIn, GitHub.
« Archos Smartwach Coming In 2014, Could Beat iWatch And HTC To The Race » This Windows Phone 8 App Will Give You Free TV To Watch For Over A Hundred Channels