Another way you can tell this device’s age is by knowing that the Samsung Galaxy S4 smartphone came out of the box with the Android 4.2.2 Jelly Bean software update running on it. It was since updated to newer version of Android, including the Android 4.3 Jelly Bean, Android 4.4.2 KitKat and lastly, the Android 5.0 Lollipop software update. That’s where the fun ended with the S4 handset for all those who are interested in checking out version of Android—the “official” fun anyway. There is still a way you can get Android updates on the Samsung Galaxy S4 smartphone, and that is by installing a custom ROM. Getting a new ROM (A custom one) is the only way to flash newer versions of Android on the device from here on out because like with all smartphones, the Galaxy S4 official updates have come to an end for good. 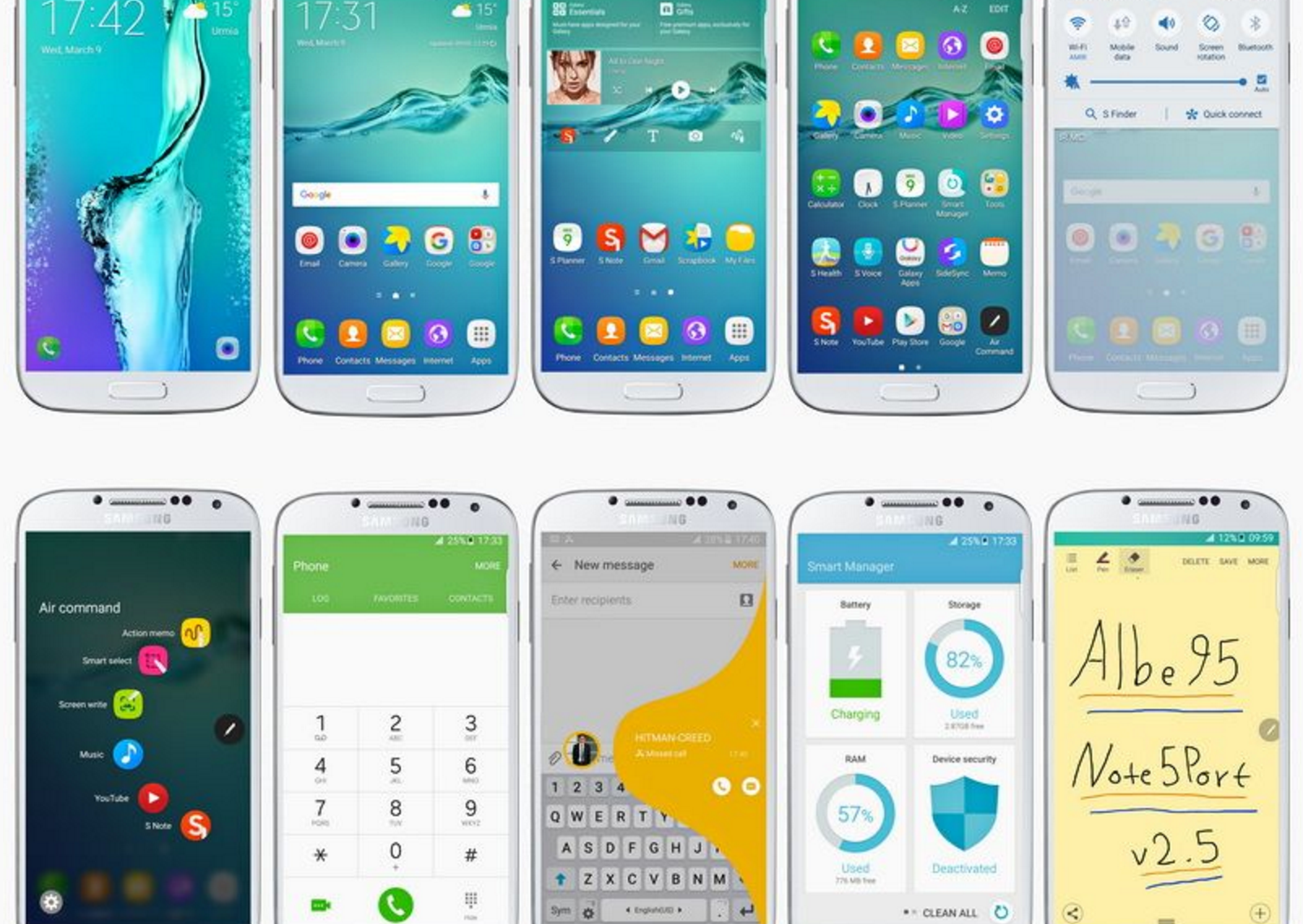 There are plenty of custom ROMs for the Samsung Galaxy S4 smartphone that have been available for a long time (years.) There is also new custom ROMs being made in much more recent times. If you look at the statistics, far fewer people are using the Super WizCyan custom ROM than other ROMs out there for this device, but you also need to take account the age of the ROM. The Super WizCyan ROM is virtually brand new and seems like a good choice if you want a new ROM despite its poor download statistics.

There are two nice advantages of installing this ROM. The first is that you can finally have the Viper4Android root application running on the Verizon Samsung Galaxy S4. That has been impossible to achieve before this custom ROM came out. The other advantage is that it is being called the best TouchWiz custom ROM out there. As you know, TouchWiz is a skin that Samsung puts on over the stock version of Android before it comes to you in the stores. Some custom ROMs aim to remove it completely and give you the stock Android while others enhance it. The Super WizCyan custom ROM does the later, and it does it very well.

The PAC-Man custom ROMs are a mixture of the Paranoid Android, AOKP, and CyanogenMod custom ROMs. That is where the “PAC” in PAC-Man comes from (the rest alluding to the name of the old game that was very popular in western society over the last few decades and particularly in the United States.) It will be interesting to see whether these ROMs can continue into the future now that CyanogenMod is no longer a company making ROMs. One would assume that they will not. Therefore, if you haven’t tried the PAC-Mac ROM before, now is probably as good a time as ever before.

When the makers of the PAC-Man custom ROMs set out to do their thing, they intended to give people the best experience possible. As such, they have collected what they think are the highlight features from each of those three ROMs that it is based on and then piled them together on the one custom ROM they then called PAC-Man.

The Android Ice Cold Project, often abbreviated to Ice Cold Project for short, are some of the best ROMs on the market. The version for the Verizon Samsung Galaxy S4 smartphone is the based on the Android Lollipop update. It doesn’t say specifically which version of Lollipop from the details, but it does show the words “Ice Cold Jelly” just in case there was ever any doubt.

Update: The Android Ice Cold Project custom ROM for the Verizon Samsung Galaxy S4 smartphone is in fact based on the Android 6.0 Marshmallow software update even though it still says “Ice Cold Jelly” on the download page. As such, you can now expect to find all of the features that you would expect to find on the Android 6.0 Marshmallow update. The AICP custom ROM is based on the CyanogenMod sources (now known as Lineage OS but was still referred to as CyanogenMod at the time of its release.).

The OctOS custom ROM is one of the most downloaded custom ROMs for the Samsung Galaxy S4 smartphone by Verizon. One of the reasons for that is because the masses of people wanted to see what Android 6.0.1 Marshmallow looks like on a device. The OctOS custom ROM was one of the first to offer the Android 6.0.1 Marshmallow experience. You also get a ROM that is based on the CyanogenMod 13 code when you install this OctOS.

Those interested in getting root access to the infamously difficult to customize Verizon Galaxy S4 smartphone will be pleased to learn that this OctOS also comes pre-rooted, so you don’t need to worry. Not bad for a device that couldn’t get its bootloader unlocked for an extended period of time. Now you can get a custom ROM installed thanks to a custom recovery image, and it can have root access also so you can begin installing any of those root applications that you wanted to try.

It’s not every day you get to see a custom ROM that has been ported from another device that isn’t just labeled as an “unofficial” ROM. That’s because what you have here with the Albe95 ASTAR custom ROM for the Verizon Samsung Galaxy S4 smartphone is a bit different. Although it has been based on the Android 5.1.1 Lollipop software update, there are many features taken from the Samsung Galaxy Note 5 and the Samsung Galaxy S6 Edge smartphone—both of which are based on the Android Marshmallow software update. That means this ROM is still based on Android 5.1.1, but you at least get a bunch of features from devices that are running on Marshmallow. The way the ROM achieves is this is by having them ported from the Note 5 and the S6 Edge devices over to the Verizon Samsung Galaxy S4 smartphone thanks to this ROM.

Custom ROMs are always being created—even for devices that are already several years old. The list of the best custom ROMs for the Verizon Samsung Galaxy S4 smartphone will be updated continually for as long as the third-party developers continue making custom ROMs for it.

Mat Diekhake is the editor of ConsumingTech.com. He has been inseparable from the internet since Web 2.0 in 2005, and by 2008 decided on a career in IT. With a never-ebbing desire to cover technology, he spends most days consumed by Windows, Linux, and Android in particular. Though he has spent innumerable hours learning consumer software in general, formally and as an autodidact, and has personally authored over 10,000 articles since 2010. He is a qualified Microsoft Windows systems administrator (MSCA). Read Mathew's full biography. Mathew's social profiles: Twitter, Facebook, Instagram, LinkedIn, and Github.
« Best Custom ROMs for T-Mobile LG G3» Best Custom ROMs for Barnes & Noble Nook HD+