Part of the allure with Android as an operating system is that it is open source which means developers from all over the world can take the source code and alter it in a million different ways. Not only can they alter it when they have a few spare hours and install it on their phones, but they can develop new ROMs and then showcase them to the world. In addition to seeing these ROMs, we can install them too. When we do this, it is called installing a custom ROM, and it is one of the main reasons to buy a device that runs Android.

Smartphone and tablet manufacturers might not be fond of you swapping over the stock ROM for a custom one, but Google and Android think it’s cool. Once Android is sold to smartphone manufacturers and carrier networks they have no more to do with it, and the carriers and manufacturers start putting their unique system apps on the device and changing the skin so that it is no longer pure Android. They do this to create something different since many carriers and manufacturers use Android, but they also do it because it continues to make money well after people buy the devices. 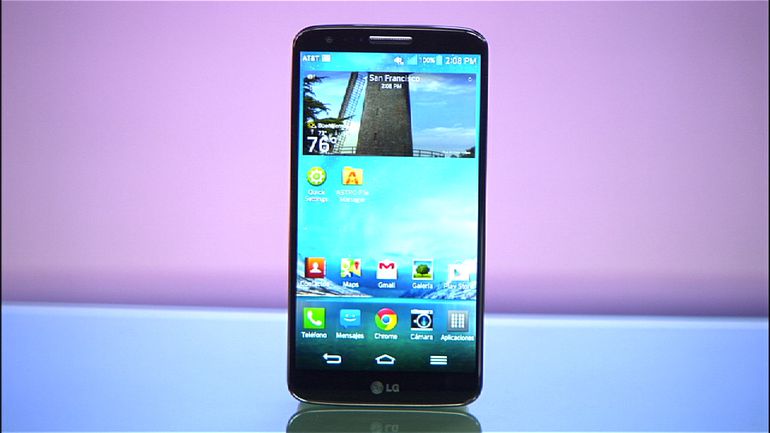 When we swap the stock ROM for a custom ROM, we often take away the work from the carrier and manufacturer and run a pure form of Android with some additional features that are developed by the third-party developers who are responsible for developing the custom ROM. You might have heard of ROMs like CyanogenMod or Paranoid Android. Well, these started off as small brand creating ROMs that are now coming on devices as stock from in shops when you pen them out of the box!

People install custom ROMs because they like the new designs, the new features, and they like having the system apps removed and seeing pure forms of Android. But they are also installing custom ROMs for many other reasons too. There is an allure in installing a ROM that is the pure open source and developed by one of your favorite developers. However, above all, people are drawn to installing custom ROMs because they give people the chance to update to newer versions of Android and versions that the carrier and manufacturer refused to roll out for the device.

The PAC-ROM is one of the most popular custom ROMs in the world and the best ROM out there for many. It combines the best work from Paranoid Android, CyanogenMod, and AOKP ROMs together to make one unique ROM. To put that into perspective, Paranoid Android is the second most popular custom ROM to install behind CyanogenMod. The version of the PAC-ROM available here is based on the Android 6.0 Marshmallow update.

The CM13 Kang custom ROM here is only a test build and is not advised to be installed on a device that you use for working purposes or that you need to be reliable. Still, it’s a good ROM and has the features that you have come to expect from the CyanogenMod 13 custom ROMs when they are official builds. It goes without saying that this is not an official build.

Features: based on Android 6.0, based on CyanogenMod 13, Kang.

If you consider many of the features that come to you on the Verizon LG G2 smartphone a waste of space and not worth your time, then you will enjoy installing the GZR Telsa custom ROM. It is very light and fast and gets rid of all the things you would expect to be gone. It also comes with some handy features like the weather on the lock screen.

Many people think that Resurrection Remix custom ROMs are a distant second in the industry behind CyanogenMod, but they aren’t. That prize would go to Paranoid Android. However, Resurrection Remix ROMs are close by and for good reason. These ROMs are very high quality and feel like professionals and not amateurs develop them. They are quick, reliable and come with loads of features. If there is one downside to this version of the RR ROM, it is that it is based on the Android 5.1.1 Lollipop software update which is not as new as some of the other ROMs that are based on the Android 6.0 and Android 6.0.1 marshmallow updates.

Temasek is a household name in third-party developers for Android as he makes some unreal custom ROMs that are often based on CyanogenMod. The ROMs he creates are obviously unofficial since they have nothing to do with CyanogenMod, but they are a different unofficial. Usually, the word unofficial is thrown around for ROMs that are ported. When a ROM is unofficial by Temasek, we prefer to call it a Temasek ROM. There is a difference between a ROM being ported by anybody and one that is worked on by Temasek.

The CrDroid custom ROMs are based on the work from CyanogenMod, and they come fully themes and fully customizable. There are very few limitations with this ROM. CyanogenMod ROMs always purposefully stay close to the work from stock Android as a sign of respect and then just redefine it to give people a different experience. The CrDroid does similar things. As they like to put it, they make a ROM that has better performance and is more reliable over the stock version of Android that you get on your device when you open them out of the box.

If you have been around custom ROMs long enough, you might have come across “CAF” in some of the titles and wondered what that means. In basic terms, it is a custom Linux kernel branch that supports Qualcomm hardware. It doesn’t change anything that you see, and it isn’t something you need to worry about here. It’s a good thing most of the time. Some people don’t like it because of it is different than the main Linux kernel that is used by AOSP builds (Android Open Source Project). Anyhow, the CAF in the title of this ROM is necessary because Euphoria OS is often AOSP-based which is the other kind I just described. Euphoria was a very popular custom ROM for the OnePlus One smartphone and is available for many others. It doesn’t rival the likes of CyanogenMod and Paranoid Android, but it is still a great ROM that you can trust. The version here is the official version made by Euphoria OS, and we would not hesitate to install it on our daily devices.

Mathew is a qualified Microsoft Windows systems administrator (MCSA) who has covered OSs, browsers, the internet, and related tech since 2011. He is the founder and editor of ConsumingTech.com and is a freelance tech writer for various publications around the Web. Mathew graduated from DDLS Melbourne (now Lumify). He grew up in Melbourne and lives in rural Victoria, Australia. Read Mathew's full biography. Mathew's social profiles: Twitter, Facebook, Mastodon, Instagram, LinkedIn, and Github.
« Custom ROMs for Sprint LG G2 [List]» Custom ROMs for T-Mobile LG G2 [List]