Part of the appeal of owning an “Android Phone” is that it runs Android for the operating system, and it usually gives people several software updates throughout the life of the phone. Those software updates might update it from one version of Android to another. Android brings out a new version roughly every year. In an ideal world for consumers, they could keep updating the software as the newer versions of Android come out each year.

Knowing that if people could update each year to the new version of Android that they would hardly ever buy a new mobile device, the manufacturers and carriers put a stop to the updates. 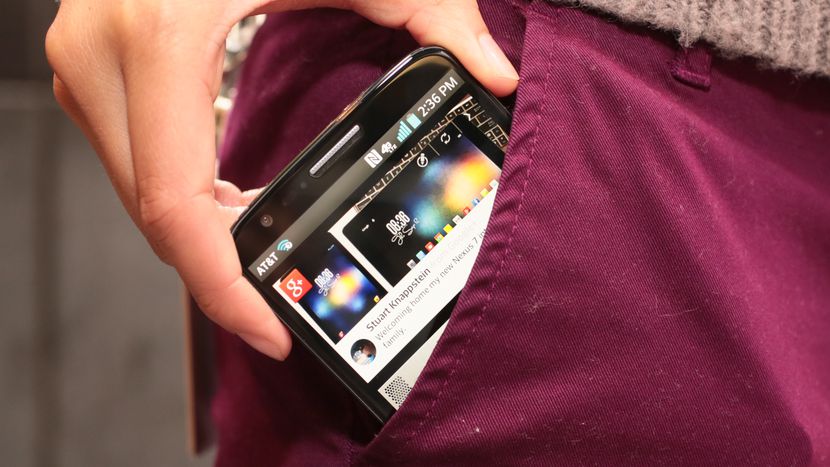 Some people find that unethical—and frankly, it is. To deliberately put a stop to something that they have the ability to continue doing just because they want you to buy another one is terrible from a moral standpoint, but it has become so routine that many people don’t see it that. Instead, they think yeah I should have to update, and they head down to the shop and buy another device—a newer device that will see several updates until they come to an abrupt halt in about a years time.

Anyone who doubts the authenticity of my story only has to look at each device and the updates it seems to find a very distinct pattern. The expensive devices are deemed devices that should see updates roll out a little longer than the cheaper ones.

Anyone who considers this morally wrong or just doesn’t have enough money to update the phone can check out if there are any custom ROMs available for that device. Yes, updating to newer versions of Android is the number one reason above all else for wanting to update the device. And don’t get me wrong, there are plenty of other reasons for people wanting to update. Heaps of Android lovers just enjoy checking out new ROMs that look different and come with different features, but even with the world full of Android fans, it doesn’t become the number one reason for installing ROMs.

You need to have a custom recovery installed on the T-Mobile LG G2 smartphone before you can install a custom ROM from this list on the device. Moreover, sometimes developers recommend or even require a particular type of custom recovery to be installed to install that ROM. You can see these details from the download links and by reading what the original poster on the forum has to say about the ROM.

You might need to unlock the bootloader on the T-Mobile LG G2 smartphone before you can install a custom recovery most of the time. Additionally, a custom ROM itself often requires the bootloader to be also unlocked.

The TMO LP Extreme custom ROM is a ROM developed by an XDA-Developers recognized contributor. It’s not often known contributor has what it takes to crack the list of best custom ROMs available for a device, but the popularity of the LP Extreme says otherwise in this case.

PAC-ROMs sound like a bundle of fun but after you install it and see the professionalism in the user interface you won’t be thinking fun anymore. You will believe that you are glad you decided to try this ROM and not just judge it by the logo. The logo came about because the features developed the acronym of PAC (Paranoid Android, AOKP, and CyanogenMod) and as the acronym suggests it has elements from all three. The developers of the PAC-ROM think they collaborated the best features of all three, but that is arguable and down to opinion. Still, it’s important to note that the PAC-ROMs have nothing to do with PAC-Man apart from the cover. Sometimes the PAC-ROMs are ported and labeled as unofficial builds, but that is not the case here. The version in this post is the official version and runs flawlessly.

In the world of custom ROMs, there are official and unofficial builds. The unofficial builds can vary from source to source but essentially mean that the real developers did not create it for that device. They might have created it for another device, and it was then ported to the device in question. Alternatively, somebody like Temasek might have developed the ROM. An official build is the best as it means that they a real team of developers who represent that name developed your ROM for your device. The CyanogenMod team have taken the time to the developer the official CyanogenMod Nightlies custom ROM for the T-Mobile LG G2 smartphone, and it is without question the best custom ROM to install on this phone.

Features: official CyanogenMod, based on Android 4.4.4 KitKat and Android 4.3 (CM10.2 and CM11). CyanogenMod does not list features for their ROMs online and requires you to install it to find out.

The GUMMY MILESTONE 2 custom ROM is another ROM that is based on AOSP. If you don’t know AOSP, it is the open source platform that Android developers used to build Android. It is essentially the bare underlying source code of the Android open source world. It allows developers to grab it and then modify it by developing some unique features and designs and thus create a new ROM.

The LiquidSmooth ROM is another ROM that users swear by as one of the best custom ROMs you can install. The problem with this one is that it is in its Beta stages, which means it is not a stable build ad appropriate for everyday use. It is, however, the LiquidSmooth custom ROM made by the official developers for this device which can often be more stable than a stable build that is ported from another device. You can try the LiquidSmooth custom ROM on the T-Mobile LG G2 smartphone and if it doesn’t work well then switch or continue using it if it doesn’t give you any bugs. The cases can vary from device to device.

Mathew is a qualified Microsoft Windows systems administrator (MCSA) who has covered OSs, browsers, the internet, and related tech since 2011. He is the founder and editor of ConsumingTech.com and is a freelance tech writer for various publications around the Web. Mathew graduated from DDLS Melbourne (now Lumify) in 2011. He grew up in Melbourne and lives in rural Victoria, Australia. Read Mathew's full biography. Mathew's social profiles: Twitter, Facebook, Mastodon, Instagram, LinkedIn, and GitHub.
« Custom ROMs for Verizon LG G2 [List]» Custom ROMs for AT&T LG G3 [List]