If you were never one to understand why people are installing custom ROMs, then you might not know about this little thing called software. The software that runs on the mobile devices in your hands has a relatively short lifespan, and that sucks for many people who had no intention of forking out the money for buying another device just yet. There is a way around that problem, and it is by installing a custom ROM.

While a custom ROM is going to be available for every device out there on the market to upgrade, they are available for a great many devices and most definitely for the LG G3. Flagships smartphones are people, and they are the prime target for third-party developers to developer custom ROMs. You can almost certainly expect the flagships for LG to have custom ROMs available that allow users to update to versions of Android that never rolled out by the manufacturers or phone carrier networks. 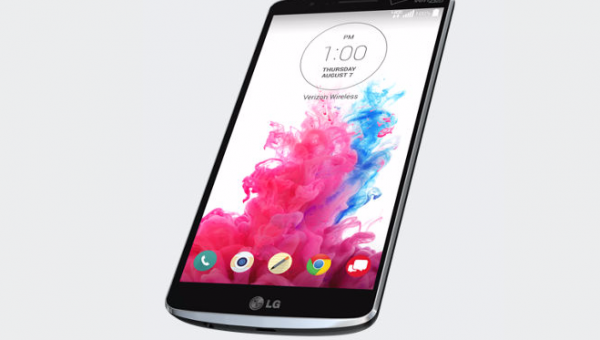 Installing new versions of Android isn’t the only reasons that people update to custom ROMs over the stock ROM, but it is the most popular reason. One of the other reasons that we like to hammer home for installing a new ROM is the fact that custom ROMs offer more variety, and that means more niche markets for people to run a ROM that truly suits them instead of resorting to trying to enjoy what Android provide to the masses. It’s perfectly reasonable not to appreciate what Android give to you. After all, it’s the same ROM that is given to everyone around the world. Chances are it isn’t going to be perfect for everybody. But there are developers out there who are thinking of other ideas and alternatives to what Android has given. New launchers, new status bars, new features, fewer system apps, faster performance, better battery. These are all options that you can get from a custom ROM to go with just an entirely different design to boot.

The AT&T LG G3 smartphone is a great buy if you enjoy installing custom ROMs because some of the best third-party developers are creating ROMs for this device. One of those team of developers is the guys behind Resurrection Remix. The Resurrection Remix custom ROMs are heralded around the globe, and many people think they are the best custom ROMs to use out of any else out there, including the likes of CyanogenMod.We don’t necessarily agree with that but it all boils down to opinion, and we can see the appeal here if you like the Resurrection Remix dark theme that is particular appealing to teenagers and men in their 20’s.

Those looking for a custom ROM that has Viper4Android and SuperSU pre-installed need to look no further than the Turbo ROM. The name suggests the Turbo ROM is lightweight and really fast but in fact, the Turbo ROM comes with heaps of features, and it’s aiming to provide one of the most customizable ROMs out there to install. The Turbo custom ROMs are often found available for devices and not just restricted to the LG G3 smartphone, but aren’t as popular as anything close to the top five custom ROMs to install on Android.

The PAC-ROM is the same thing as the PACMan ROM and is made up of Paranoid Android, AOKP (Android Open Kang Project and CyanogenMod. It compiles the best features of all three custom ROMs and puts them together into the one ROM. That might sound illegal if this was the business world, but third-party developers don’t roll like that, and they often share each other’s features and code which we think is perfect for people like you who get to use them.

The SlickROM is not a custom ROM that you will find available for many another device, but sometimes you find hidden gems, and this is one of them. The SlickROM for the LG G3 smartphone is one of the most downloaded ROMs, and it is plain to see why. It comes with the Nova launcher, is fully debloated from the system apps by the manufacturer and phone carrier networks, and it’s got the Google keyboard and plenty of camera tweaks.

The OrionOS custom ROM started with the Motorola Moto G smartphone and quickly became a success story. That success they had starting on some Motorola devices and seen them expand to another device like the LG G3 smartphone that we have here. It isn’t just the Life’s Good company that now get to use Orion ROMs either; they are essentially a household name for third-party developers working on ROMs these days. The OrionOS custom ROMs are based on SlimROMs and also have contributions from CyanogenMod. The version in this post builds on the Android 6.0 Marshmallow software updates.

If you just want the stock Android running on your device and for it to be fully debloated and rooted then the debloated stock ROM that is available here is the perfect option. There is nothing else that is different about this ROM apart from the fact that you get to use Android the way the Android developers intended and not the way your manufacturer and phone carrier networks wanted you to see it with the system apps.

Features: the latest version of the stock ROM available that rolled out for the AT&T G3 smartphone, no system apps from manufacturer or phone carriers, it does come with root access also (SuperSU), so you don’t have to find a way to get root access yourself.

The Jedi open source project custom ROM is a different ROM that we haven’t seen available for any other device. The same group of developers behind the Jedi ROM also developed a Jedi kernel for all of you who would prefer installing a custom ROM instead of the custom ROM. The difference between a new kernel and a new ROM is the ROM almost always changes what you see on the display whereas the new kernel tweaks the hardware to run on different frequencies — most often to tweak the CPU to work harder which in turn gives better performance. We are leaving the link to the Jedi kernel so you can read more about it also.

Mathew is a qualified Microsoft Windows systems administrator (MCSA) who has covered OSs, browsers, the internet, and related tech since 2011. He is the founder and editor of ConsumingTech.com and is a freelance tech writer for various publications around the Web. Mathew graduated from DDLS Melbourne (now Lumify). He grew up in Melbourne and lives in rural Victoria, Australia. Read Mathew's full biography. Mathew's social profiles: Twitter, Facebook, Mastodon, Instagram, LinkedIn, and Github.
« Custom ROMs for T-Mobile LG G2 [List]» Custom ROMs for Sprint LG G3 [List]