Rooting means more power. More power to install what you want to have installed instead of being forced to run the system apps that phone carrier networks and manufacturers have planned for you to run.

Many apps work wonderfully well for rooted Android users, and some of those can tweak the user interface just like a developer. The Xposed Framework is one of the elite root apps out there for changing what the software looks like and does a great job of mimicking what a custom ROM would usually do. The difference is that it is happening to the stock Android ROM and doesn’t require you to have the bootloader unlocked or a custom recovery installed. All you need to do is take a few minutes to get root access to the root file system and then you are ready to check out the Xposed Installer.

1. Start by logging into the Windows computer by using the administrators account otherwise the Odin flashing tool cannot work.

2. Unlock the Developer Options menu on the Samsung Galaxy Note Pro 12.2 tablet if it is not done already.

3. Turn on the USB Debugging Mode on the Samsung Galaxy Note Pro 12.2 if it is not enabled already.

4. Run the Samsung USB Drivers on the computer so that the tablet can be detected by the flashing tool and thus allow for the flashing.

5. Extract the rooting file to the Downloads folder and the flashing tool file and the CF-Auto-Root file will both now be in the Download folder.

6. Boot the Samsung Galaxy Note Pro 12.2 into the Download Mode and then connect to the computer with the USB cable.

7. Double-click the Odin flashing application from the Downloads folder, so the flashing tool opens up.

8. Check that Odin is showing a blue or yellow ID: COM port depending on which version of Odin you are using. 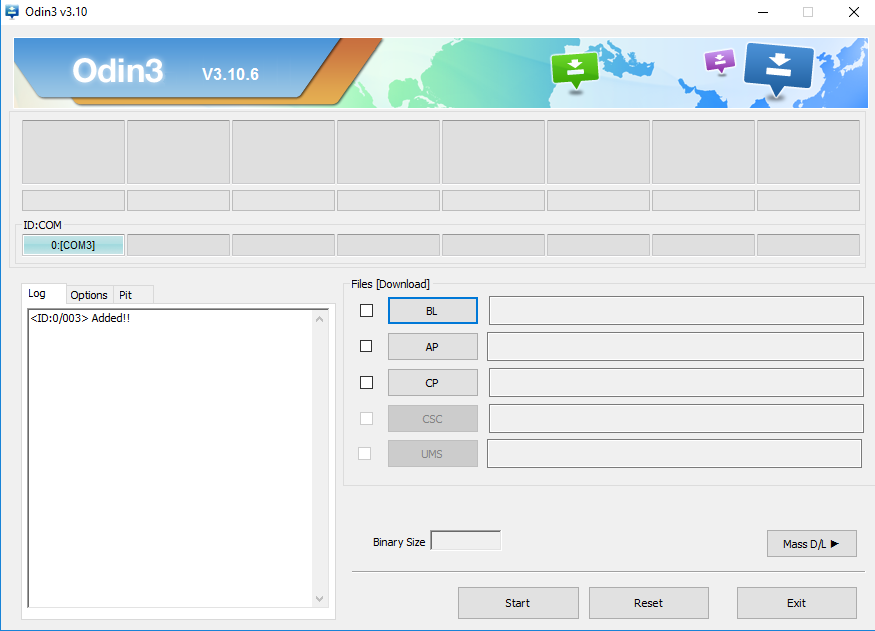 9. Click the AP button from Odin and browse through to the Downloads folder for the rooting file ending in the tar.md5 file extension. 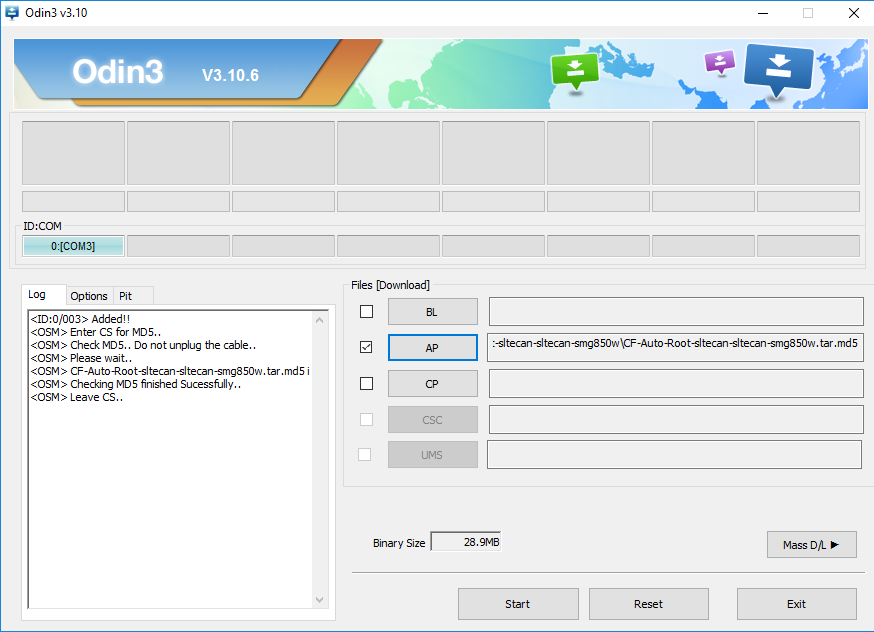 10. Click the Start button and the Samsung Galaxy Note Pro 12.2 begins to get rooted. 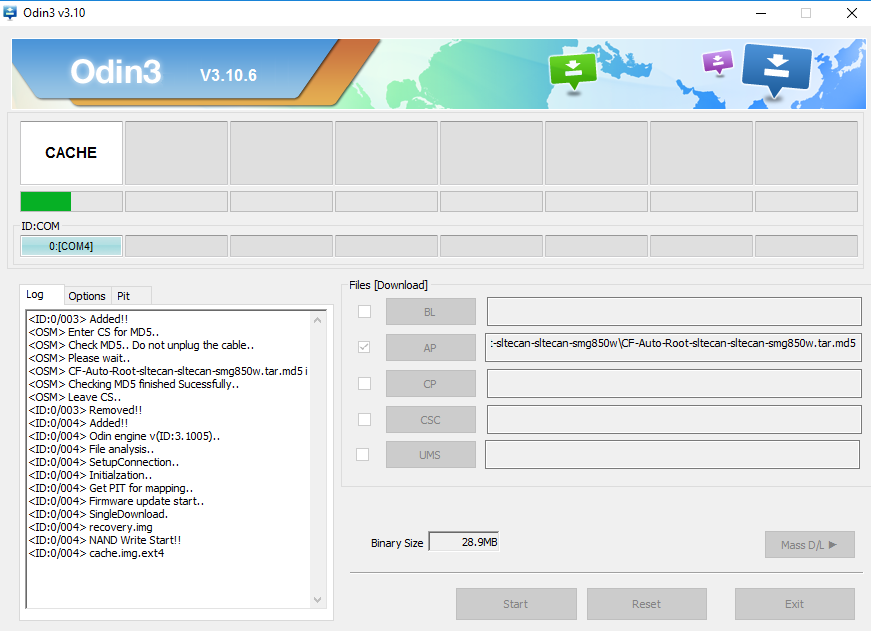 11. Read the text that is rolling down the display of the tablet which is there to help you understand what is happening and then wait until it says it is going to reboot in ten seconds.

12. Check that Odin gives a green box with a pass message inside. 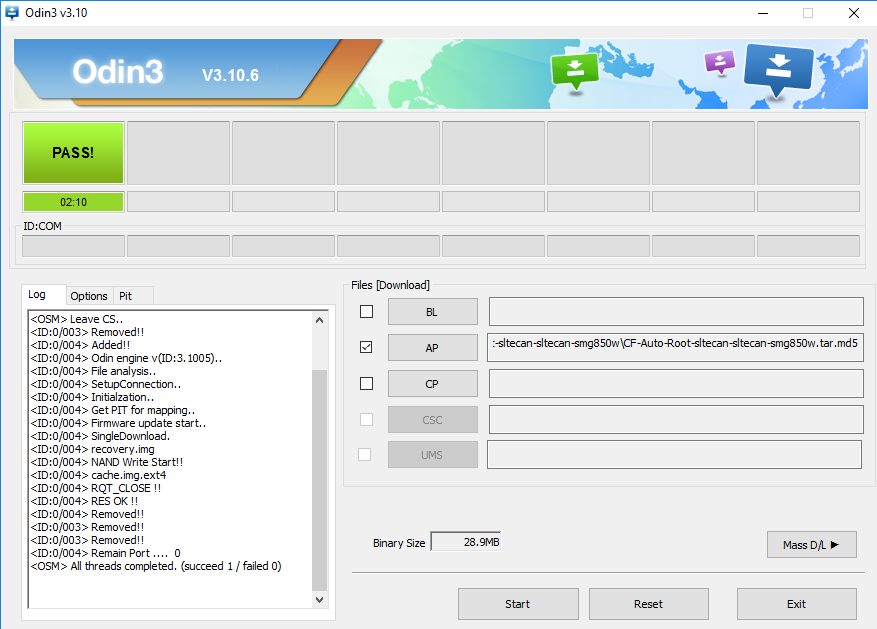 In conclusion, that is how to root the Samsung Galaxy Note Pro 12.2 SM-P905F0 tablet when you have it running on the Android 5.0.2 Lollipop software updates by flashing CF-Auto-Root from a computer and the Odin flashing tool. The tablet now reboots, and you can see the SuperSU app available from the app drawer. That SuperSU is what the CF-Auto-Root tool just spent all that time installing and enabling on the device. It managed to do it by installing a modified cache and recovery partition first, and that allowed for the enabling of the SuperSU. That is why you cannot just download the SuperSU app from the Google Play Store even though it is there available to download.

Now that the Samsung Galaxy Note Pro 12.2 SM-P905F0 is rooted properly and has the SuperSU installed, you can open the Google Play Store and start checking out the root apps that are available to install. Many of the apps are directly on the Play Store, but there are also some other big names that are not. The Xposed Installer is one of the apps that many rooted Android users love to install, and it is available from its personal website and not the Play Store. Just be careful when you are installing apps from outside Google Play because you need to make sure you are not installing malware. Anyone who needs some ideas on what root apps to try out because they do not know any names can check out our post one what we think are the best root apps for the Android operating system. Most root apps work universally across all devices.

Mat Diekhake is the editor of ConsumingTech.com. He has been inseparable from the internet since Web 2.0 in 2005, and by 2008 decided on a career in IT. With a never ebbing desire to cover technology, he spends most days consumed by Windows, Linux, and Android in particular. Though he has spent innumerable hours learning consumer software in general, formally and as an autodidact, and has personally authored over 10,000 articles since 2010. He is a qualified Microsoft Windows systems administrator (MSCA). Read Mathew's full biography. Mathew's social profiles: Twitter, Facebook, Instagram, LinkedIn, and Github.
« How to Root Samsung Galaxy Note Pro 12.2 SM-P905M on Android 5.0.2» Install TWRP Recovery on Blackview BV6000