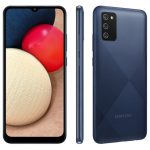 The Samsung Galaxy A02s is a smartphone that was released at the beginning of 2021. It came with Android 10 out of the box and is upgradable to Android 12. The default battery life is pretty impressive given that it boasts a powerful 5000 mAh battery. But Samsung smartphones are notorious for coming with a decent amount of bloatware that many people prefer to remove. That’s one of the reasons you may prefer to get root access so you can remove some of those default apps with administrative permissions.

The following tutorial demonstrates how to root the Samsung Galaxy A02s on Android 12/11/10.

Caution:
The Samsung Galaxy A02s may come in several model number variants. This tutorial is written for the SM-A025G model number specifically. It may work for the others as well or it may not. But you will need the correct firmware for your model number.

Part One: Unlocking the Bootloader

You need to unlock the bootloader on the Samsung Galaxy A02s before you can root it. Here is how to do that:

1. Unlock the Developer Options on the Samsung Galaxy A02s by navigating to Settings > About Phone and tapping on the build number at least seven times until it says you are now a developer.

2. Go back to the Settings and tap on the unlocked Developer Options menu and enable OEM Unlock inside.

4. Though the bootloader is unlocked, Samsung’s VaultKeeper prevents you from installing custom firmware partitions. Proceed to set up the smartphone and connect it to the internet. When it’s ready to use, enable Developer Options again and check if OEM Unlock is greyed out. In this instance, we want it to be greyed out because it means VaultKeeper is allowing the bootloader to load unofficial firmware partitions.

2. Make sure your Samsung Galaxy A02s is running on the latest firmware and download the zip file to your desktop computer. You can use one of the free Samsung firmware update tools if you need to.

3. Extract the AP _ tar.md5 firmware file on your desktop.

4. Transfer the tar.md5 file to the Samsung Galaxy A02s, patch it with Magisk, and then transfer it back to the desktop computer again.

7. Using an open source program like 7 zip, create a new TAR and add the three files from the previous two steps.

8. Download and install the Odin flashing tool on the desktop computer. From Odin’s interface, uncheck Auto Reboot. Upload the tar.md5 firmware file to the AP button in Odin.

Note: Make sure you do not accidentally boot into Fastboot Mode before Recovery Mode in this next step, otherwise you will need to repeat the previous steps.

10. Press the Power button to advance beyond the warning screen and you should see Recovery Mode.

12. Set up the Samsung Galaxy A02s smartphone again and install the Magisk app.

In conclusion, that is how to root the Samsung Galaxy A02s on Android 12, Android 11, and Android 10

Mathew is a qualified Microsoft Windows systems administrator (MCSA) who has covered OSs, browsers, the internet, and related tech since 2011. He is the founder and editor of ConsumingTech.com and is a freelance tech writer for various publications around the Web. Mathew graduated from DDLS Melbourne (now Lumify). He grew up in Melbourne and lives in rural Victoria, Australia. Read Mathew's full biography. Mathew's social profiles: Twitter, Facebook, Mastodon, Instagram, LinkedIn, and Github.
« How to Install Magisk on LGE LM-Q730» Root Lenovo A5000 on Android 4.4.2 to 5.0.2