Microsoft has released the next major release of the the .NET framework, .NET 5.0.

Microsoft is frequently releasing preview builds of .NET framework. In the leadup to .NET 5.0’s release, there were eight preview builds. The eighth and final preview build, which was available during late August, had nearly all features in their final form. Over the  last few months Microsoft has verified that many companies, including active teams within their own, have been using .NET 5.0 and they’re confident it is ready for a public release.

.NET 5.0 should improve a lot of your time with the .NET framework going forward. You can now use single file applications, Json serialization usability to Arm64 enablement, and plenty of performance improvements.

The ClickOnce app is now supported by .NET 5.0 Windows apps. ClickOnce has already been available for .NET Core and Visual Studio. Microsoft knew that Visual Studio users in particular would love being able to use ClickOnce in .NET 5.0 so Microsoft wanted to give those already familiar with Visual Studio a familiar look and feel. Microsoft feels they have done that with this release and you can get a feel for what I mean from some of the screenshots below. 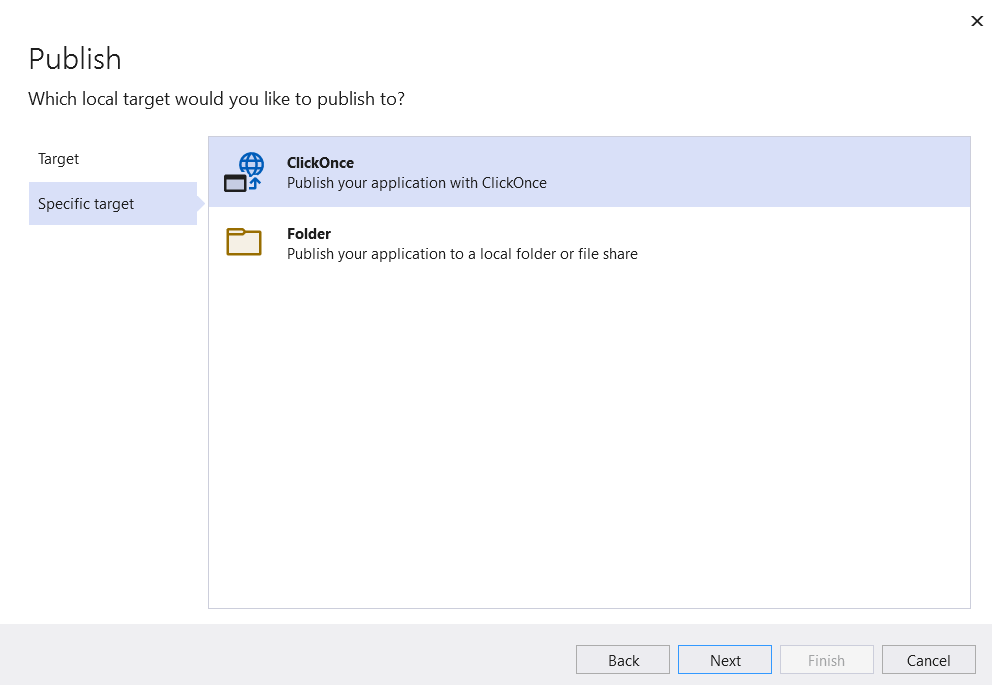 You can easily install the .NET Desktop Runtime. The ClickOnce installer will install .NET runtime on a computer if it is needed.

You can still use ClickOnce offline and updating features.

Mage has been changed so that it is now a .NET tool. This means you can install the NET 5.0 SDK and then the option to install Mage as a .NET tool will be available, making for an easier installation.

The following is the Mage installation command:

Users will be shown an update dialog, like the one that follows, whenever you make updates available.

You can download the .NET 5.0 SDK for Windows from the links below.

Mathew Diekhake is a certified Microsoft Systems Administrator from Australia and also the founder and editor of ConsumingTech.com. With a never ebbing desire to cover technology, he is mostly consumed by Windows and Android. However, he has spent stacks of hours learning about a variety of computer software, both formally and informally, and has authored tens of thousands of tutorials and news articles since 2011. Mathew has obtained many Microsoft certificates and is a qualified Systems Administrator (MSCA). Read Mathew's full biography. Mathew's social profiles: Twitter, Facebook, Instagram, LinkedIn, Github
« Microsoft Brings Enhanced Badges and Background Notifications to Edge Browser» Latest Microsoft Edge Has Rounder Icons for New Tabs and Menus