Microsoft has released a statement firing back at Consumer Reports making headlines for opting to no longer show Surface products on its website due to the percentage of complaints being too high.

Consumer Reports is a pretty large website that gets lots of traffic, so other people are obviously more aware of it than we are. Still, it’s strange that a website based on reporting had somehow decided to stop recommending Surface devices by no longer showing them when recommending stuff shouldn’t have been the number one goal of a website named “consumer reports.” One would have assumed the idea of reporting on a device, regardless of how good or bad that report might be, would be the ultimate goal. I guess that idea was wrong.

While having the chance to listen to other peoples experiences with a device is something you should do, we recommend using those results as guidelines only and not take them for gospel. We spend a lot of time helping people with device related problems and it’s clear that the average human isn’t familiar with how devices operate all that much—and that’s fine, nobody was suggesting everyone needs to be experts, but it also means that some simple problems could be getting recorded as big problems when in fact they aren’t very big deals at all. Take the main issue that Consumer Reports was getting about Surface devices for example which were apparent freezes. We have experienced those ourselves over the years, and they’ve always been fixed with a hard reset, which involved holding the Power button for ten seconds and letting go. It shouldn’t happen in the first place, but it also hardly happens anymore. It seems that was more of a problem with earlier versions of Windows 10 than anything else from our personal experience.

We are yet to have a Surface device break down in any way shape or form, and we think it’s lousy that some of the biggest names in the Microsoft news reporting industry like Peter Thurrott were very quick to side with Consumer Reports because it generated publicity. Peter even went out of his way to say it’s something you should have expected and ridiculed those for buying a first generation device in his article. The idea that a company as large as Microsoft doesn’t test things before releasing them is something that I find wildly implausible, and you shouldn’t shy away from something just before it’s a company’s first attempt. Also, we are now well and truly into a fourth generation Surface Pro at the time of the release of this latest news about Surface devices being horribly unreliable. The only thing that we can think of being anything close to horrible with our experience with Surface devices is the original RT being underpowered and it did give close to a horrible online performance.

Here’s what Microsoft had to say about the recent report about Surface products being unreliable:

The Surface Team’s mission is and has always been to make devices that deliver great experiences to our customers and fans. It’s the motivation for everything we do, and we are proud of the Surface devices we have built. 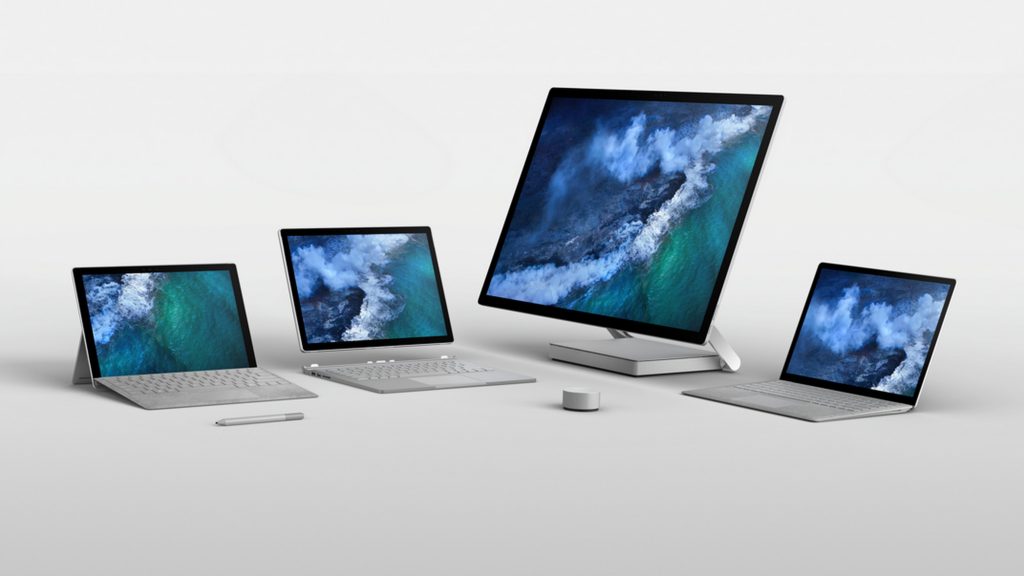 This is why today’s Consumer Reports survey is disappointing. While we respect Consumer Reports, we disagree with their findings. Surface has had quite a journey over the last few years, and we’ve learned a lot. In the Surface team we track quality constantly, using metrics that include failure and return rates – both our predicted 1-2-year failure and actual return rates for Surface Pro 4 and Surface Book are significantly lower than 25%. Additionally, we track other indicators of quality such as incidents per unit (IPU), which have improved from generation to generation and are now at record lows of well below 1%.

Surface also ranks highly in customer satisfaction. 98% of Surface Pro 4 users and Surface Book users say they are satisfied with their device*, and our Surface Laptop and new Surface Procontinue to get rave reviews.

A part of being product makers is listening to our customers and pushing ourselves to evolve and improve with every generation of devices we create. We’re forever seeking innovation, encouraging positive change. It’s what we do, and what our customers do, but I can promise you one thing that will never change is our commitment to our customers and our dedication to ensuring your Surface experience only gets better.

We are proud of our products and the amazing things our customers are doing with them. We stand firmly behind the quality and reliability of the Surface family of devices, and I can confidently tell you there has never been a better time to buy a Surface.

*Based on January -June 2017 study of consumers in the US, UK, Germany, France, China, Japan, and Australia, conducted by research company IPSOS, commissioned by Microsoft.

From our experience with Surface products, we are siding with Microsoft on this one. They are very well made machines, and the operating system is no different to that of the Windows 10 that we use on our desktop computers. The original Surface RT was underpowered, but the original Surface Pro was not. Microsoft continued the Surface Pro lineup but not the RT. We’ve also got our hands on the first-generation Surface Book and think it’s amazing. We also know of people with the Surface laptop who don’t have a bad word to say. We still recommend using Surface devices regardless of the Consumer Report findings. Nothing stated by Consumer Reports details a problem worth worrying about.

Mat Diekhake is the editor of ConsumingTech.com. He has been inseparable from the internet since Web 2.0 in 2005, and by 2008 decided on a career in IT. With a never ebbing desire to cover technology, he spends most days consumed by Windows, Linux, and Android in particular. Though he has spent innumerable hours learning consumer software in general, formally and as an autodidact, and has personally authored over 10,000 articles since 2010. Microsoft awarded him numerous certificates resulting in him becoming a qualified Windows systems administrator (MSCA). Read Mathew's full biography. Mathew's social profiles: Twitter, Facebook, Instagram, LinkedIn, Github, Reddit.
« Windows 10 Insiders Get New “Skip Ahead to Next Release” Option from Windows Update» Intel Announces New SSD Form Factor That Enables Up To 1PB of Storage Space