How to Install Magisk on Samsung SM-A022F 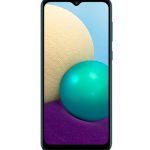 The Samsung SM-A022F smartphone was released on January 27 of 2021 and came with Android 10 out of the box. It has since been upgradable to Android 11 which is indeed a desirable operating system, but for some, it still comes overly bloated with Samsung’s default apps that cannot be uninstalled unless you were to have root access. That’s one of the main reasons people get root access — to get better performance out of the hardware and battery — but not the only reason. Rooting is quite desirable nowadays because with Magisk you can install handy modules that make it easy to customize the smartphone.

The following tutorial demonstrates how to install Magisk on the Samsung SM-A022F so the smartphone is successfully rooted and can pass Android SafetyNet which allows you to use the Google Play Store and important apps like Android Pay.

How to Install Magisk on Samsung SM-A022F

Part One: Unlocking the Bootloader on Samsung SM-A022F

1. On the Samsung SM-A022F open Settings and tap on About Phone. At the bottom of the About Phone section is a build number. Tap on the build number and it says you are “x taps” away from becoming a developer. Keep tapping until you are a developer.

Note: If you tap on the Android version, there is another build number inside; however, this build number is not compatible with becoming a developer.

3. You have now unlocked the operating system to allow for the bootloader to be unlocked but it is not unlocked yet. Boot the Samsung SM-A022F into Download Mode and then hold Volume Up to unlock the bootloader. The smartphone’s bootloader will unlock, the data will be wiped, and it will reboot.

4. Though the bootloader is unlocked now, Samsung’s VaultKeeper may still prevent you from installing custom firmware partitions. To solve this, connect the Samsung SM-A022F to the internet and enable Developer Options again. In Developer Options, check if OEM Unlock is greyed out. If it is, this is actually a good thing, as it means VaultKeeper is allowing the bootloader to load unofficial firmware partitions.

Once you have unlocked the bootloader, you can proceed to get root access with Magisk. No developer has written a custom guide for the Samsung SM-A022F, so this is a general guide. Please leave comments if you think something needs to be slightly altered. Here is how to root the Samsung SM-A022F with Magisk, aka install Magisk [so the smartphone is rooted]:

3. Connect the Samsung SM-A022F to the desktop computer with its USB cable.

4. Extract the Magisk folder and copy the boot.img file to the Samsung SM-A022F’s internal storage.

8. Download the Odin flashing tool to the desktop computer and extract and open it.

9. Create a TAR file for Odin by using the 7 zip open source to archive it to the TAR file type. From Odin’s interface, uncheck Auto Reboot. Upload the tar.md5 firmware file to the AP button in Odin.

11. Press the Power button to advance beyond the bootloader warning and then you will see Recovery Mode.

In conclusion, that is how to install Magisk on the Samsung SM-A022F smartphone.

Mat Diekhake is the editor of ConsumingTech.com. He has been inseparable from the internet since Web 2.0 in 2005, and by 2008 decided on a career in IT. With a never ebbing desire to cover technology, he spends most days consumed by Windows, Linux, and Android in particular. Though he has spent innumerable hours learning consumer software in general, formally and as an autodidact, and has personally authored over 10,000 articles since 2010. He is a qualified Microsoft Windows systems administrator (MSCA). Read Mathew's full biography. Mathew's social profiles: Twitter, Facebook, Instagram, LinkedIn, and Github.
« How to Root Lenovo A5000 on Android 4.4.2 to 5.0.2» How to Unroot Android Magisk