How to Unroot Android Magisk 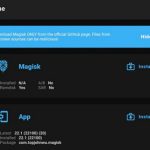 I have managed to get root access with Magisk; however, I can not work out how to unroot my smartphone with Magisk. Resolution:

Magisk is a revolutionary Android rooting tool that, thanks to its modules, allows for easier operating system customization than ever before. The drawback with Magisk is that it’s not a simple task to get root access with it and often there are subtle differences between the tutorials you need to follow, which means no universal guide will suffice. Thankfully, though, uninstalling Magisk is much more straightforward.

The Magisk app allows you to uninstall it directly from within the app itself, and when you do, it will remove root access from the Android operating system completely.

To do this, open the Magisk app and tap on Complete Uninstall. This results in Magisk and all Magisk modules being deleted from the device and root access to the Android operating system being revoked.

There are some other methods you could use to remove Magisk’s root access as well. These include uninstalling it from the custom recovery image, flashing the original stock boot image, or installing an official over-the-air update. As with Apple iPhones and jailbreaking, if you install an official firmware build by accepting an OTA software update, it will remove the root access. If it doesn’t, you can download the OTA file and install it yourself and it will remove the root access.

Mat Diekhake is the editor of ConsumingTech.com. He has been inseparable from the internet since Web 2.0 in 2005, and by 2008 decided on a career in IT. With a never ebbing desire to cover technology, he spends most days consumed by Windows, Linux, and Android in particular. Though he has spent innumerable hours learning consumer software in general, formally and as an autodidact, and has personally authored over 10,000 articles since 2010. He is a qualified Microsoft Windows systems administrator (MSCA). Read Mathew's full biography. Mathew's social profiles: Twitter, Facebook, Instagram, LinkedIn, and Github.
« How to Install Magisk on Samsung SM-A022F» How to Change build.prop Without Root