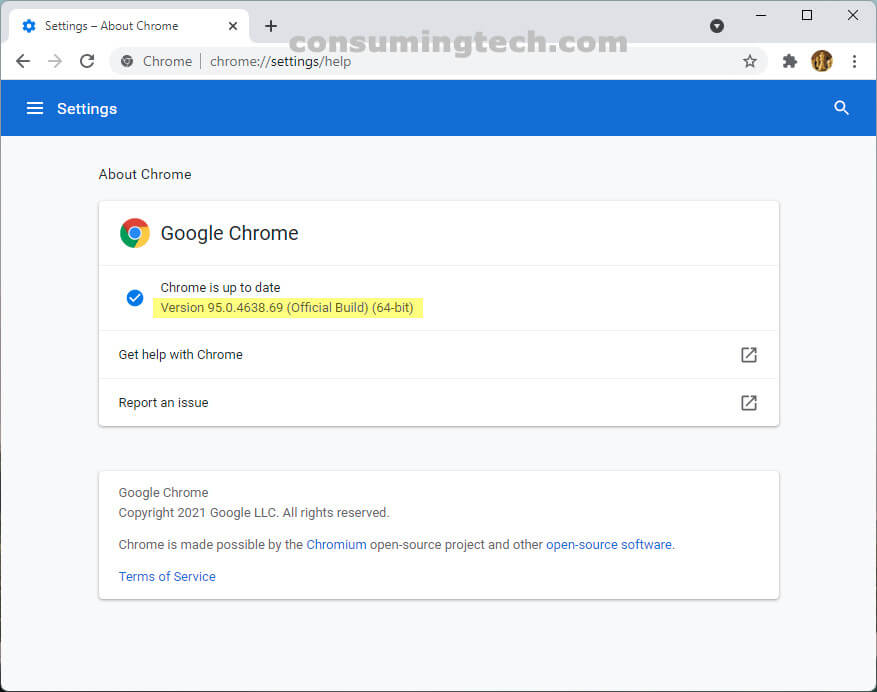 Chrome 95.0.4638.54 comes with several improvements and fixes. Google doesn’t give an exact number but they did go to the effort of listing the top 17 fixes that were made, so we know at least 17 of them were of importance. Of the 17, five of them were given a “high” rating and nine of them were given a “medium” rating in terms of severity. We don’t get full details on what the changes were but Google also lists some of the changes in the log for us to see which you can read here: chromium / chromium / src / 94.0.4606.81..95.0.4638.54.

Mat Diekhake is the editor of ConsumingTech.com. He has been inseparable from the internet since Web 2.0 in 2005, and by 2008 decided on a career in IT. With a never ebbing desire to cover technology, he spends most days consumed by Windows, Linux, and Android in particular. Though he has spent innumerable hours learning consumer software in general, formally and as an autodidact, and has personally authored over 10,000 articles since 2010. Microsoft awarded him numerous certificates resulting in him becoming a qualified Windows systems administrator (MSCA). Read Mathew's full biography. Mathew's social profiles: Twitter, Facebook, Instagram, LinkedIn, Github, Reddit.
« Chrome 97.0.4681.4 Released to Dev Channel» Opera Dev 82.0.4226.0 Solves Several Wrong Colors Being Displayed and More