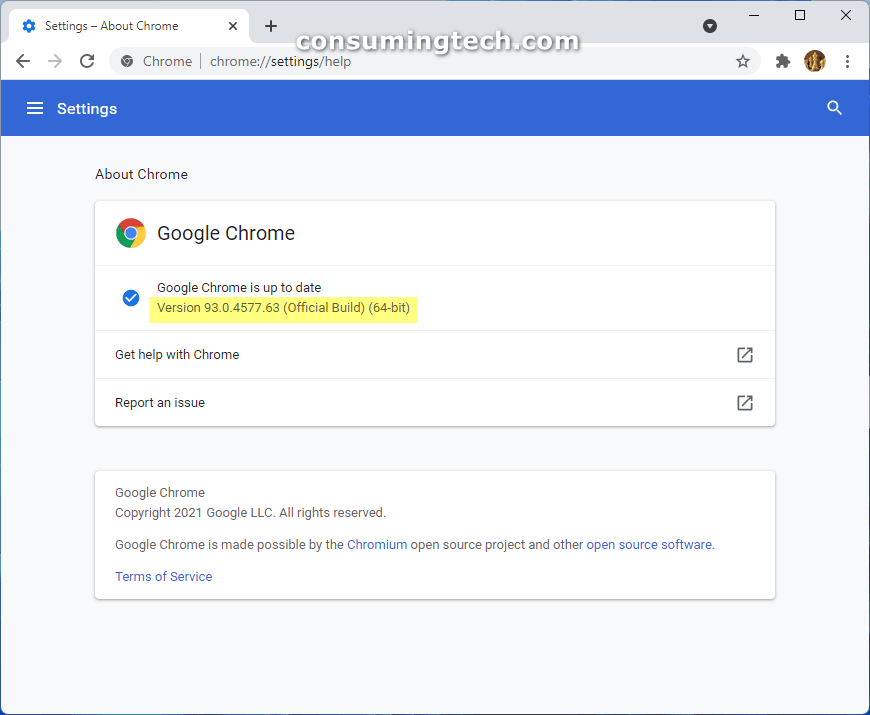 You can read the full list of changes along with the rewards given from the Google blog here: Stable Channel Update for Desktop | Tuesday, August 31, 2021.

Update: After using this browser version ourselves for a few hours, we noticed something interesting: our own website was loading more consistently. We were having problems getting some of our widgets to load recently and it’s definitely a lot smoother now. Thanks, Google! (Before noticing this, we always assumed it was our development that had the problems within it. But now we know to perhaps wait for a browser update as well just in case it is the development that is ahead of the browser rather than trailing it.)

Mat Diekhake is the editor of ConsumingTech.com. He has been inseparable from the internet since Web 2.0 in 2005, and by 2008 decided on a career in IT. With a never ebbing desire to cover technology, he spends most days consumed by Windows, Linux, and Android in particular. Though he has spent innumerable hours learning consumer software in general, formally and as an autodidact, and has personally authored over 10,000 articles since 2010. He is a qualified Microsoft Windows systems administrator (MSCA). Read Mathew's full biography. Mathew's social profiles: Twitter, Facebook, Instagram, LinkedIn, and Github.
« Vivaldi 4.2.2392.3 Released to Stable Channel» Chrome 94.0.4606.41 Released to Beta Channel