Windows 10 comes with a Recent items list from the Start menu and a Frequent places list from the File Explorer. Both offer a similar thing where you can see stuff that you have previously used. There is one key difference between the two. The File Explorers extra menu is for being able to click on the items that you use my often, and the Start menu’s list is just for showing the most recent items that you’ve used.

Both the Recent items and Frequent places work together, so when you turn one of them off you also turn off the other, even though the Settings application doesn’t list both of the names on the toggle.

If you use a Microsoft account and nobody else uses the account but you, then having the recent and frequent items is usually a positive thing. It’s not uncommon for people to develop habits of using some things more than others. Likewise, more often than not the things you’ve used in recent times will be things you want to go back and use again. Windows knows this because they have lots of developers who use the operating system just like you do.

That said, the setting isn’t suitable for everybody which is why Windows gives you the chance to toggle them off if you prefer. Sharing your account with other people or having other people peering over your shoulder could result in them seeing things you don’t want to be seen by anyone else should you have secret or personal documents and files.

You can enable or disable the Recent items and Frequent places from the Settings application in Windows 10. To get started on that, click on the Start menu > Settings from the far left pane.

Click on the “Personalization” link from the Windows Settings window. 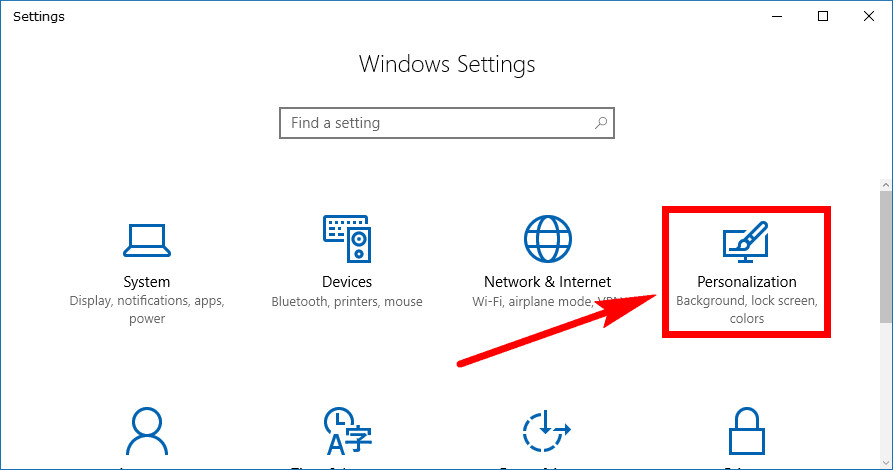 Click on the “Start” link from the left side pane. 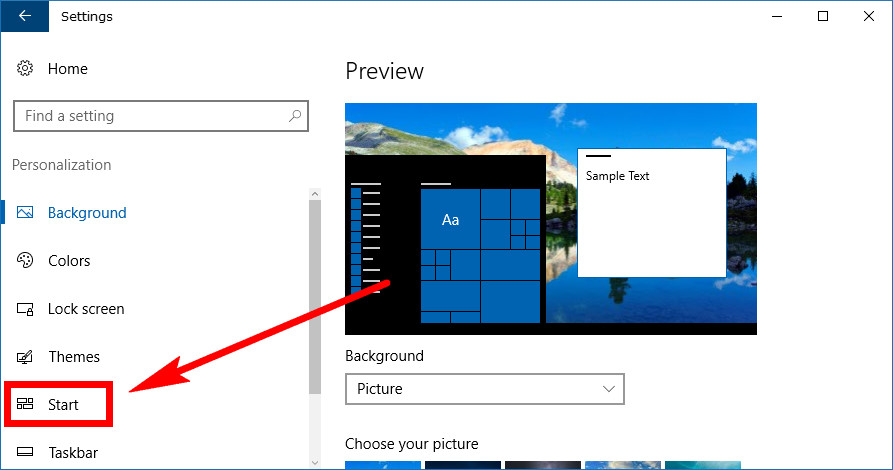 Now just scroll down the right side pane until you see the toggle beneath where it says “Show recently opened items in Jump Lists on Start on the taskbar.” That’s the toggle you need ot turn on or off depending on if you want them displayed or not. 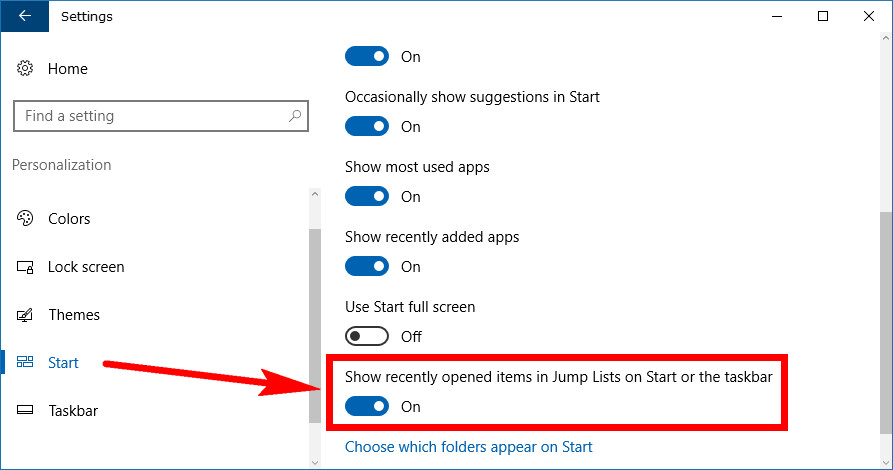 It’s hard not to like Windows 10 if you were a fan of what Microsoft created with Windows 7. It is very similar to Windows 7 with the way it’s laid out and its features, but then you also have some additional features that make it even more customizable. Most people would agree that having more options is only ever a good thing when it comes to using operating systems because it allows for people with different preferences be happy.

Mathew is a qualified Microsoft Windows systems administrator (MCSA) who has covered OSs, browsers, the internet, and related tech since 2011. He is the founder and editor of ConsumingTech.com and is a freelance tech writer for various publications around the Web. Mathew graduated from DDLS Melbourne (now Lumify). He grew up in Melbourne and lives in rural Victoria, Australia. Read Mathew's full biography. Mathew's social profiles: Twitter, Facebook, Mastodon, Instagram, LinkedIn, and Github.
« Hide/Show Notification Area Icons on Taskbar in Windows 10» Add/Remove Language Packs and Change Display Language in Windows 10