The world’s most popular open-source emailing client, Thunderbird, was recently updated to Thunderbird 78.

The major release was a significant upgrade, and brought with it a host of new features such as color customization of folder pane icons, additional enterprise policies, the preference to disable OpenPGP functionality, the chance to add event preview to ICS import dialog in Calendar, and more. It also included a wide range of changes and fixes. 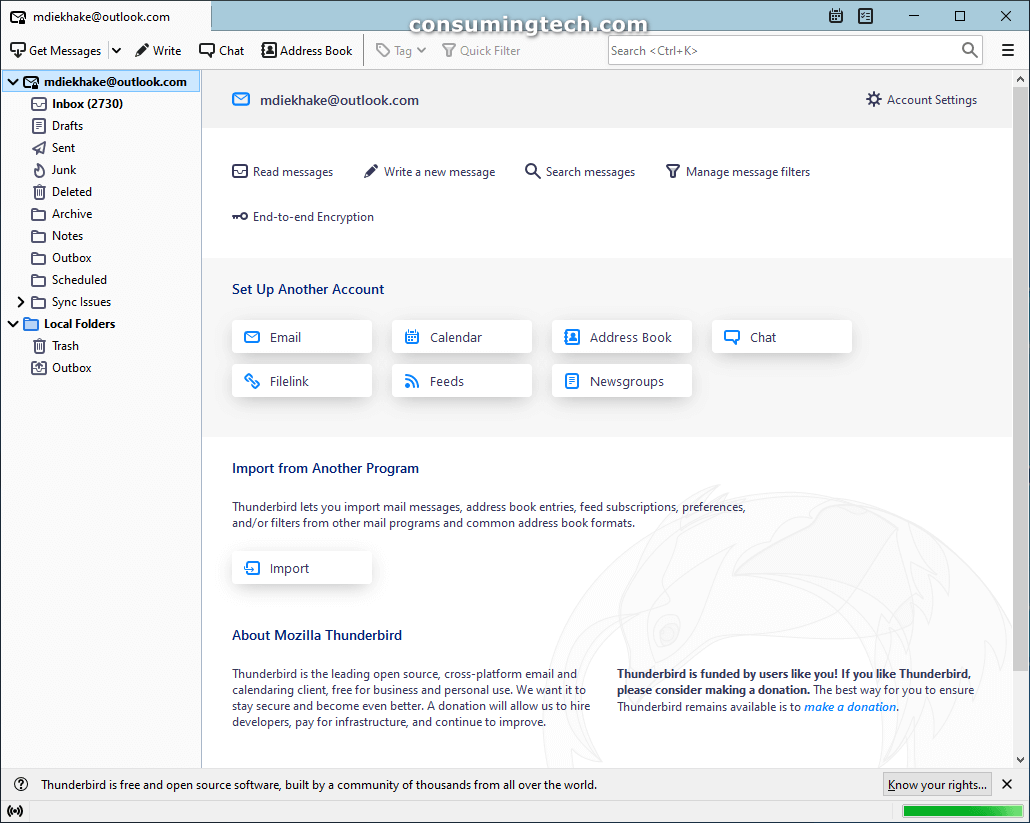 Not long after Thunderbird 78.0.1 was released and brought with it some additional features such as Key revocation, extending key expiration, and secret key backup, and another extensive list of improvements.

Thunderbird 78.1.1 builds on the last release and offers another range of changes and fixes. There are no new features in this update, however. There are still two known issues that are currently unresolved, so there will likely be another update sometime soon that addressed those outstanding issues. Thankfully, there are only two known issues, and subsequently, this version of Thunderbird is great to use.

Mathew Diekhake is a certified Microsoft Systems Administrator from Australia and also the founder and editor of ConsumingTech.com. With a never ebbing desire to cover technology, he spends most days consumed by Windows, Linux, and Android in particular. However, he has spent innumerable hours learning consumer tech software in general, formally and as an autodidact, and has authored tens of thousands of tutorials and news articles since 2011. Mathew has obtained numerous Microsoft certificates and is a qualified sysadmin (MSCA). Read Mathew's full biography. Mathew's social profiles: Twitter, Facebook, Instagram, LinkedIn, Github
« Thunderbird 78.0.1 Released: Key Revocation, Extending Key Expiration, and Secret Key Backup» Windows 10 KB4571756 Improves Security for Windows Basic Operations