Android is a great operating system for way too many reasons to name in the introduction of a rooting guide, but one of those reasons worth a quick mention is its uncanny ability to run apps in the background. Being able to run the apps in the background has its distinct grounds for being a feature most enjoy, but it also comes with the downside of using up more battery than it otherwise would have if it didn’t allow applications to run in the background.

Root apps are what you can install after you root your device. These root apps can help you install more features and also uninstall certain things like system apps. There are already great solutions out there for helping with battery issues such as the Greenify app that root users can install. Another great app that people can install after they root Android is the Servicely app to help make the most of the battery life by helping maintain the services running in the background. 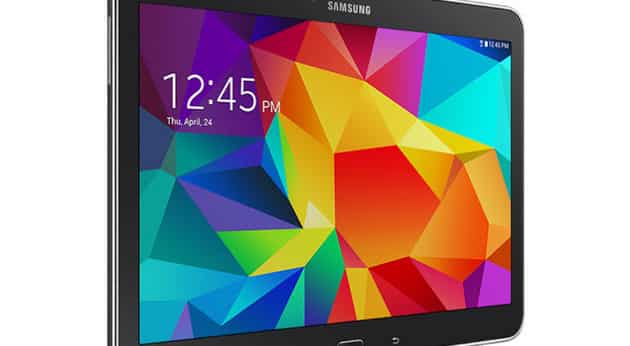 These types of apps like Greenify and Servicely are not the easiest to run and won’t do much if you just install the app and keep it sitting there in your app drawer. But if you are willing to set aside a realistic thirty minutes to help understand how the app works and put in the manual work required to help it assist you then these two apps are great and can make your battery lasts much longer.

The CF-Auto-Root tool has just finished installing the SuperSU application on your Samsung Galaxy Tab 4 10.1 tablets. The SuperSU is the same kind of SuperSU that other people install by flashing it from a custom recovery image. The most common type of custom recovery image to do that today is the TWRP Recovery. The difference is that you don’t have to do any work to find out what version of the SuperSU app you needed to install; the developer of the rooting tool has done that for you. And yes, that can be tricky at times because there is a different version of the SuperSU app for each version of Android. The SuperSU app is what is going to be granting an denying root access to apps that request it. By default, it stops everything from having root access, and you get a message on the devices display asking if you want to grant it root access. When you give root access to a root app, then it can then run on your device. However, if you allow root access to malware or an untrustworthy app, you’ll need to reverse that as soon as possible. Enter the SuperSU app and deny the app root access from the settings whenever you make a mistake or realize there is an app on your device that you do not trust. The SuperSU settings from within the app always allow you to change your mind with regards to the root access for individual apps.

Mat Diekhake is the editor of ConsumingTech.com. He has been inseparable from the internet since Web 2.0 in 2005, and by 2008 decided on a career in IT. With a never ebbing desire to cover technology, he spends most days consumed by Windows, Linux, and Android in particular. Though he has spent innumerable hours learning consumer software in general, formally and as an autodidact, and has personally authored over 10,000 articles since 2010. He is a qualified Microsoft Windows systems administrator (MSCA). Read Mathew's full biography. Mathew's social profiles: Twitter, Facebook, Instagram, LinkedIn, and Github.
« Root Samsung Galaxy Tab 4 10.1 SM-T530NU on Android 5.0.2 (matissewifiopenbnn)» Root Samsung Galaxy Tab 4 10.1 SM-T530 on Android 5.0.2 (matissewifixx)