All Android geeks know that versions of Android operating systems are based on the Linux kernel, and if you have experience with Linux, then you have likely use Terminal. The Terminal in Linux is like the command prompt in Windows only Linux users type just about everything into the Terminal to get something to work whereas Windows has all these buttons available that make things much easier.

That probably leaves you wondering why people use Linux. Well, just because Linux requires more work doesn’t mean it is less satisfying. Sometimes the best things in life take a certain amount of work before you can enjoy them. Geeks also take great pride in knowing how to use terminal because watching them go to work in the Terminal can be mindboggling to those who don’t know commands. There is also the fact that Linux is a very quick and reliable oep[rating system largely aided by the fact that it does not have any junk sitting on top of it and it is just the bare operating system. 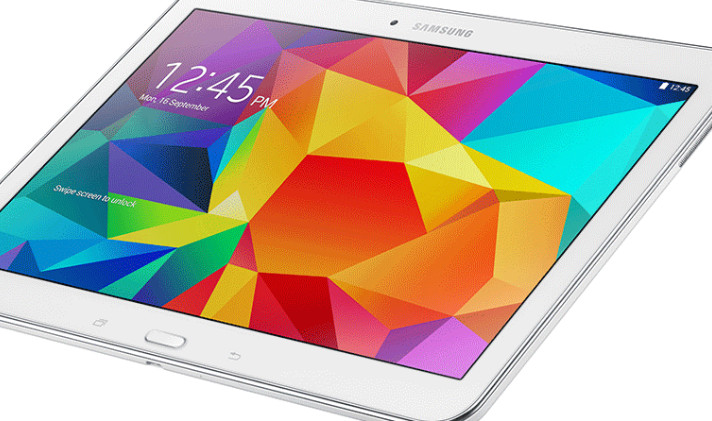 Anyhow, if you are a fan of Linux operating systems and want to try the Terminal on your Android operating system that is running on your mobile device you can do that with the Terminal Emulator app as soon as you have root access. There are thousands of root apps available after you complete the steps below for you to install and none of the root apps can run unless you have a rooted device. Often the root apps are the better apps because without access to the root file system you can’t do very much.

The CF-Auto-Root tool is now installed, and you’ll find the SuperSU application now available from the app drawer on your Samsung Galaxy Tab 4 10.1 SM-T530NU tablet. The SuperSU app is already setup to be able to run any of the root apps that you install. After you do install one of the root apps, you’ll get a message on the screen asking if you want to grant the app root access. When you click on the “Grant” button, the app then has root access and will work. If you click on the “Grant” button and later wish you didn’t because you don’t trust the app or it was a mistake, then you can open up the SuperSU application and change the settings to deny that app root access again. It is you who is now in charge of the security on the device. The SuperSU blocks everything but does not babysit your decisions. So, if you don’t trust an app, make sure you enter the SuperSU and deny it from having root access as soon as possible.

Mat Diekhake is the editor of ConsumingTech.com. He has been inseparable from the internet since Web 2.0 in 2005, and by 2008 decided on a career in IT. With a never ebbing desire to cover technology, he spends most days consumed by Windows, Linux, and Android in particular. Though he has spent innumerable hours learning consumer software in general, formally and as an autodidact, and has personally authored over 10,000 articles since 2010. He is a qualified Microsoft Windows systems administrator (MSCA). Read Mathew's full biography. Mathew's social profiles: Twitter, Facebook, Instagram, LinkedIn, and Github.
« How to Root Samsung Galaxy S7 Edge SM-G935F on Android 7.0 with CF-Auto-Root» Root Samsung Galaxy Tab 4 10.1 SM-T530 on Android 4.4.2 (matissewifizs)