Android operating systems are always similar when running on each device but what separates them is the hardware that the operating system is using to run on. Sometimes the lower end devices have minuscule specs in comparison to the top of the range devices, and that means everything a lot of the time when it comes to performance.

When we root the Android OS, we can install any apps that we like, including all of those on the Google play Store that only would not run up until now. One of those apps that you can use is the SetCPU app. With the SetCPU running, we can change the way the CPU is locked and thus modify the hardware performance. The default settings for the CPU is often not close to what it could be if you were to crank it up a bit. They do this for a reason though os makes sure you know the limitations of your hardware before you turn it up too far. 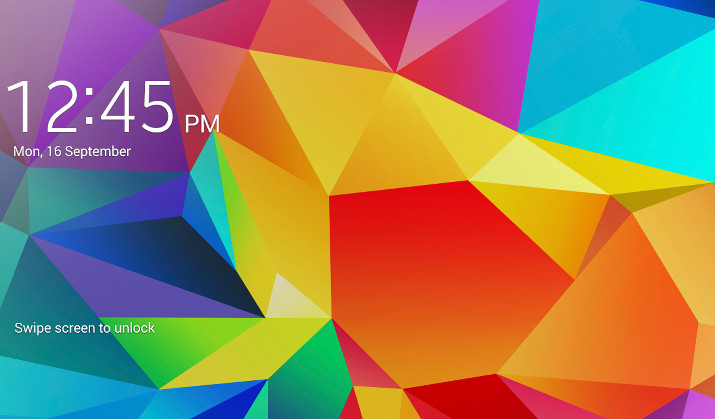 All of the root app out there, including the SetCPU application, are available for you to install and then run on your tablet as soon as you finish the guide below.

That is all you need to do to have the SuperSU installed on the Samsung Galaxy Tab 4 10.1 tablet. The SuperSU is probably the world’s most popular way to get root access to the Android operating system. If you know someone with SuperSU installed on their devices and they didn’t use the CF-Auto-Root tool as you did, then they probably got it there by installing a custom recovery image and then flashing it from the custom recovery. Both the custom recovery and one-click rooting methods end up with the same kind of SuperSU installed that is doing the same job. You could argue that installing the SuperSU from a one-click rooting tool is easier than the custom recovery image because you don’t have to find the right version. The SuperSU app does come in different versions depending on what version of Android you are running—just like how the CF-Auto-Root tool sometimes needs updating (that’s why it does need updating.)

Mat Diekhake is the editor of ConsumingTech.com. He has been inseparable from the internet since Web 2.0 in 2005, and by 2008 decided on a career in IT. With a never ebbing desire to cover technology, he spends most days consumed by Windows, Linux, and Android in particular. Though he has spent innumerable hours learning consumer software in general, formally and as an autodidact, and has personally authored over 10,000 articles since 2010. He is a qualified Microsoft Windows systems administrator (MSCA). Read Mathew's full biography. Mathew's social profiles: Twitter, Facebook, Instagram, LinkedIn, and Github.
« Root Samsung Galaxy Tab 4 10.1 SM-T530 on Android 4.4.2 (matissewifizs)» Download Magisk APK for Android 6.0.1 (Marshmallow)