The average laptop user updates their device about once every five years—things are similar with desktop PCs, but people keep them a bit longer due to parts being easier to replace and laptops having limited chances to get in on some upgrades that would help them stay relevant in the future.

Generally speaking, the five-year mark is about the time when a laptop’s hardware starts to fall behind the newer technology, and that can cause problems for people running with more modern software. But with all computers that run Windows operating systems (or other OS’s), there is a limited amount of years that the software on it remains supported officially by the company that makes it. 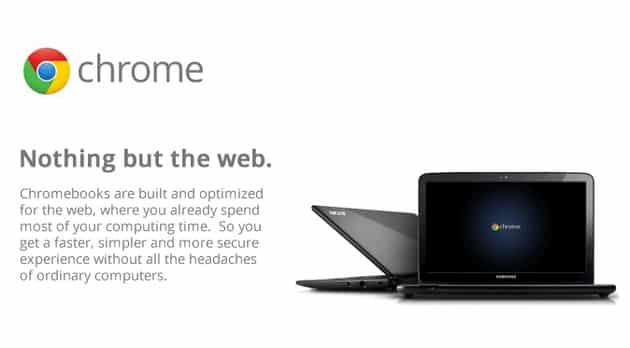 One of the best Windows operating system versions of all time is Windows XP, but if you were to be still running a computer with it as the operating system of choice today, you’d run into a lot of problems, and it wouldn’t work very well for businesses and personal use as well. Support for Windows XP by Microsoft came to an end on the 8th of April, 2014—and, frankly, that was long enough. If you were still using XP on a computer on that date like I was, you’d probably understand what I mean.

Computers weren’t made to last much longer than five years either, so after around that time, there is no guarantee that your hardware won’t begin to fail. Unlike our household light bulbs though, the companies making the hardware don’t purposefully make them fail after a certain amount of uses, so it is possible to continue using the hardware of a computer for a very long time if you are lucky enough for that to happen.

The Google Chrome OS comes on Chromebooks. It is based on Chromium OS and is also an operating system centered around the Google Chrome web browser, so most of the applications that you will use will come from the browser in the form of web apps. A lot of the web apps available today aren’t as feature-rich as their desktop counterparts that come with something like the Windows Store, so you should do some thorough research before committing to Chrome OS if it doesn’t seem like a practical solution for you personally. Then again, those who don’t mind using the Chrome OS can have a distinct advantage with aging computers: the Chrome OS you get to install is an up to date version and should result in you being a lot happier with your time in front of the computer.

Since Google’s Chrome OS is solely available for Google’s Chromebooks, it isn’t possible to install the official version of Chrome OS on a computer. However, there is now a legitimate alternative called CloudReady that beats any of the other competition available to date by some margin and is also very close to the real Chrome OS. There is very little difference between CloudReady and Chrome OS, but with a few pros and cons added on top. The obvious disadvantage is that you won’t be able to run any Android apps on your Chrome OS since Google owns those as well. As for the positives, CloudReady actually offers more features—particularity for management stuff—and it comes with hardware support as well. CloudReady is being sold to schools and businesses that want to have Chrome OS as their go to operating system, but are unable to because they don’t use Chromebooks, so there is a big difference between CloudReady and your typical knock-off operating system trying to be Chrome OS.

Mathew Diekhake is a certified Microsoft Systems Administrator from Australia and also the founder and editor of ConsumingTech.com. With a never ebbing desire to cover technology, he is mostly consumed by Windows, Linux, and Android. However, he has spent stacks of hours learning about a variety of computer software, both formally and informally, and has authored tens of thousands of tutorials and news articles since 2011. Mathew has obtained many Microsoft certificates and is a qualified sysadmin (MSCA). Read Mathew's full biography. Mathew's social profiles: Twitter, Facebook, Instagram, LinkedIn, Github
« How to Install Chrome OS from USB Drive on Any Computer» How to Restart explorer.exe Process in Windows 10 [Tutorial]