The Huawei HiSuite is a Windows application developed and distributed by Huawei that allows you to manage various aspects of Huawei smartphones and Honor tablets. 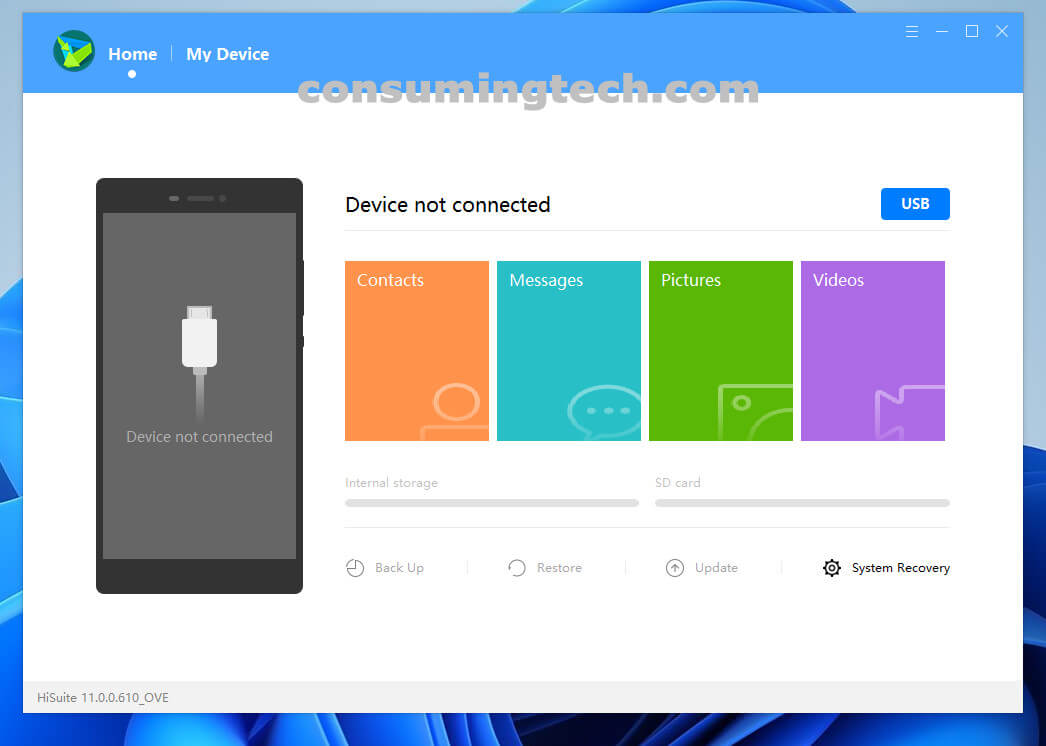 Dubbed “the smart way to manage your device,” by Huawei, the Huawei HiSuite is a mobile assistant for easily managing photos and videos between the mobile devices and computers. If you don’t feel comfortable backing up your mobile devices, the HiSuite makes transferring and storing your pictures and videos simple. It’s also capable of backing up your mobile device’s contacts, call logs, messages, music files, and apps, making it an all-in-one backup solution.

The HiSuite app competes with apps owned by desktop operating systems, such as the Your Phone app by Microsoft. But at least one reason some people may prefer using HiSuite is that it’s a cross-platform app, meaning you can run it on Windows and Mac, which means you may prefer getting to know this one app instead of whatever apps Windows and Mac have separately for their own operating systems.

The Huawei HiSuite has been updated several times. We have all releases available. Install the most recent release (the higher the number, the more recent the release is) to ensure the best chance of compatibility for your device.

Mat Diekhake is the editor of ConsumingTech.com. He has been inseparable from the internet since Web 2.0 in 2005 and by 2008 decided on a career within IT. With a never ebbing desire to cover technology, he spends most days consumed by Windows, Linux, and Android in particular; however, he has spent innumerable hours learning consumer software in general, formally and as an autodidact, and has personally authored tens of thousands of articles since 2010. Microsoft awarded him numerous certificates which resulted in him becoming a qualified Windows systems administrator (MSCA). Read Mathew's full biography. Mathew's social profiles: Twitter, Facebook, Instagram, LinkedIn, Github, Reddit.
« Download: Universal ADB Driver» Download: Cydia Impactor [Links]