As nearly as long as I can remember, text messaging has always had at least a few emojis to choose from. They’re important as well with text messaging falling in favor over talking on mobile devices these days, just the text alone can be misleading. Some may even drop the texting part altogether and just use an emojis a quicker way of getting an emotion across.

With all the upside that an emoji can bring, it’s likely that they are here to stay, not as a representation of how far we’ve come with being able to create graphical content so much as for the helping hand they bring in being able to understand the emotions behind its sender.

Microsoft has made quite a few changes to emojis in Windows 10 since it first arrived. Windows 10 build 16215 added a new emoji panel that would bring up emoji suggestions based on what you typed so you didn’t have to manually go flicking through the emoji pictures trying to find the one you wanted. In Windows 10 build 17063, Microsoft has made another change and one where you now get a “Don’t close panel automatically after an emoji has been entered” setting so you can choose between keeping the emoji there or getting rod if it based on what your personal preference is.

This is what you need to choose between having the emoji panel close automatically or not when using the Windows 10 operating system from build 17063.

Now click on the “keyboard” link from the Time and language left pane and then click on the “Advanced keyboard settings” from its right side pane as shown in the screenshot below. 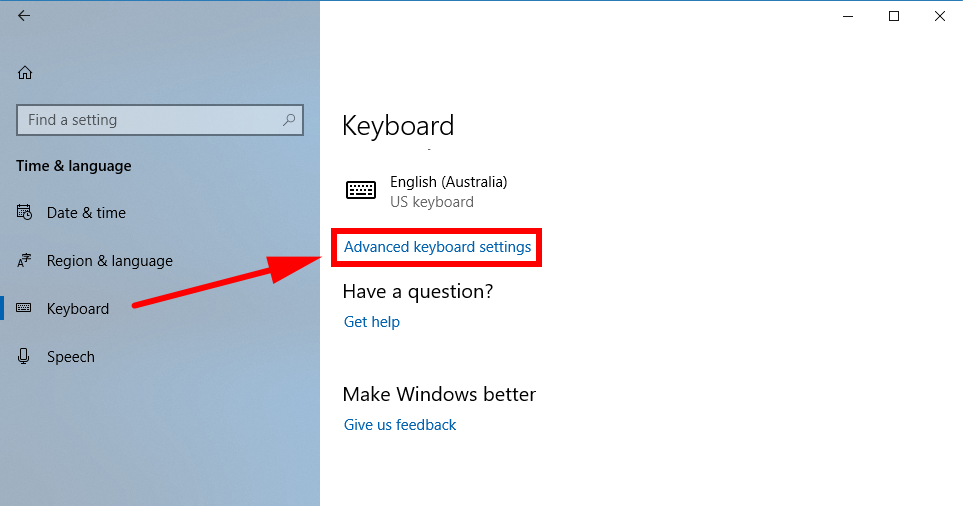 You’ll then have the Advanced keyboard settings open. Scroll down until you see the Emoji Panel heading and either select or deselect the checkbox next to where it says “Don’t close panel automatically after an emoji has been entered.” 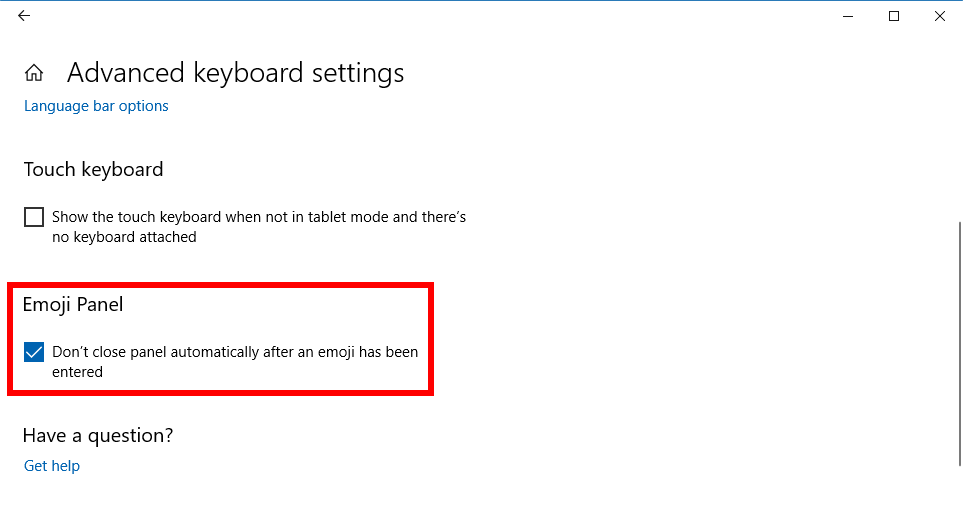 That’s all you need for your emoji panel to either close automatically or remain open so you can keep using them.

Mat Diekhake is the editor of ConsumingTech.com. He has been inseparable from the internet since Web 2.0 in 2005, and by 2008 decided on a career in IT. With a never ebbing desire to cover technology, he spends most days consumed by Windows, Linux, and Android in particular. Though he has spent innumerable hours learning consumer software in general, formally and as an autodidact, and has personally authored over 10,000 articles since 2010. Microsoft awarded him numerous certificates resulting in him becoming a qualified Windows systems administrator (MSCA). Read Mathew's full biography. Mathew's social profiles: Twitter, Facebook, Instagram, LinkedIn, Github, Reddit.
« How to Shrink Volume or Partition in Windows 10 [Tutorial]» How to Bring Back Windows Photo Viewer in Windows 10 [Tutorial]