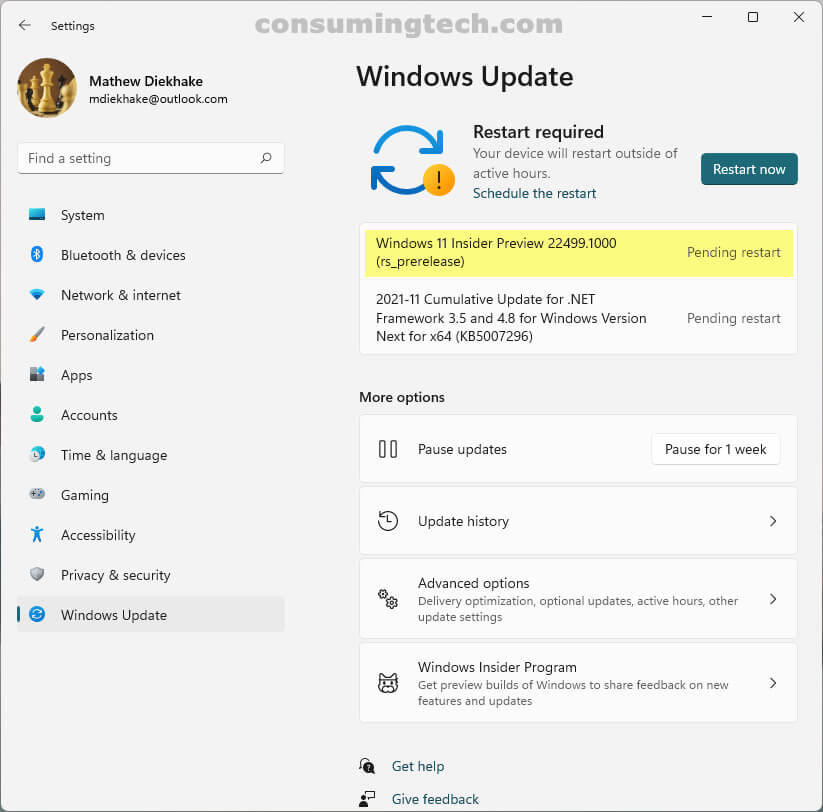 These tab previews have been around for all of Windows 11, but just now has Microsoft added a new section beneath the images of the webpages in the previews that says “Share this window” which is the feature that allows you to share during Teams calls the opened windows with those you’re on a call with.

You can read up on the rest of the changes, improvements, and fixes found within this build from here: Announcing Windows 11 Insider Preview Build 22499.

Mathew Diekhake is a certified Microsoft systems administrator from Australia and also the editor of ConsumingTech.com. He has been inseparable from the internet since Web 2.0 in 2005 and by 2008 decided on a career within IT. With a never ebbing desire to cover technology, he spends most days consumed by Windows, Linux, and Android in particular; however, he has spent innumerable hours learning consumer tech software in general, formally and as an autodidact, and has authored tens of thousands of tutorials and news articles since 2011. Mathew has obtained numerous Microsoft certificates and is a qualified sysadmin (MSCA). Read Mathew's full biography. Mathew's social profiles: Twitter, Facebook, Instagram, LinkedIn, Github, Reddit.
« Windows 10 KB5007186 Solves Subtitle Woes for Video Apps and Streaming Sites and More» Windows 11 KB5007296 Updates .NET Framework 3.5 and 4.8