How to Uninstall Multiple Apps at Once on Android Devices

Apps are fun, and it’s easy to get your device loaded with tons of apps from the Play Store. There are thousands of apps on the store and grabbing them is just a tap away so many of you may have already downloaded a lot of these apps on their devices. 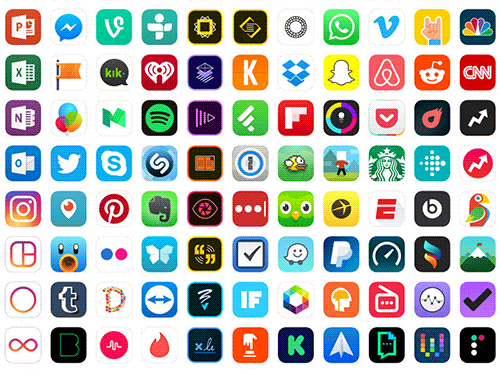 The traditional way of uninstalling apps is to go to settings and choose the app and tap on “Uninstall” to uninstall it. However, that’s only good if you’re removing only a small number of apps from your device. What if you’ve got 500 apps to be removed from your device? Do you think the traditional method will work without much hassle for you? Not at all.

App developers knew users are going to be in this kind of situation so what they’ve done is they’ve developed apps that help you uninstall multiple apps at once on your Android device. By using these specialized apps, you can remove many apps from your device with a few taps, and you’re saved from the hassle of going into settings and tapping on uninstall for each of the apps you want to remove from the device.

So, if you’re the user who’s got a number apps on his device and wishes to remove them all at once, here’s how to do just that:

Uninstalling Apps in Bulk on an Android Device

In this method, you’re going to use a file explorer to find and delete the apps you don’t want.

Open the Google Play Store app on your device and search for and tap on ES File Explorer.

When the app page launches, tap on the button that says “Install” to install the app on your device.

Once the app’s installed on your device, launch it by opening the App Drawer and tapping on the app icon. The app launches.

When the ES File Explorer app opens, you will see some options that help you do several operations on the files on your device. The option that you need to tap on here is three horizontal lines in the top-left corner. It expands the menu for you.

From the expanded menu, tap on the option that says “Library” to expand the menu further and then tap on “APP” to view app library.

On the following screen, you can see all of the apps installed on your device. This screen has all the apps that exist on your device regardless of where you have downloaded them.

To begin the uninstallation process, tap and hold on any app on the screen. When you do that, the checkbox icons appear for all of the apps on the screen. Now, single-tap on the apps you wish to uninstall and they will be selected. You will see a green checkmark indicating the app has been selected for removal.

Now that you have selected all of the apps you wish to remove, tap on the button that says “Uninstall” in the bottom of the screen to begin the removal process.

The only thing that is annoying here is that you are prompted for each of the apps you wish to remove from your device. You need to tap on “OK” in each of these prompts to be able to remove all the selected apps.

The selected apps should now be removed from your device, and you can now open the App Drawer to see if those apps are actually gone.

Here’s how you can use it to get rid of many apps at once on your Android device:

Open the Play Store on your device and search for and tap on Easy Uninstaller. Tap on Install on the following screen to install the app on your device.

When the app has been installed on your device, open the App Drawer and tap on the app icon to launch the app.

When the app launches, you will be able to see a list of the apps installed on your device. There’s a checkbox next to each of the app on the screen for you to select the app to be removed from the device.

To start removing apps, tap on the app names and their checkboxes are checkmarked—indicating they have been selected to be removed from your device.

When you are done selecting apps, tap on “Uninstall” in the bottom middle to begin the removal process.

You are prompted for uninstalling the app. Tap on “OK” in all of the prompts you get on your screen, and the selected apps are removed from your device.

All the apps you selected should now be removed, and they no longer exist on your device.

So, those were two of the ways to uninstall multiple apps at once on an Android device without rooting the device or paying money for the app removal tools.

in Android, Tutorials No Comments

Mahesh is a technology enthusiast who loves everything about tech, be it Apple, Google, Android, iOS or any other cool gadget. He enjoys covering tips and tricks for consumer software such as Android, Mac, and iOS. He spends most of his time thinking about new helpful tips in front of his Mac but also knows mobile operating systems very well. Mahesh has been writing online for nearly a decade and has written for some of the most renowned websites in the world, including Make Tech Easier and The Unlockr.
« How to Add Tags to Music Tracks That Don’t Have Them in Android» How to Disable Bloatware Without Rooting Android Device