The Windows Terminal app, otherwise known as the new Windows PowerShell, is the long-awaited app many Windows enthusiasts had been waiting for thanks to its ability to do far more than the typical command line which had become outdated. Interestingly, the Windows Terminal was initially available as a separate app that needed to be downloaded from the Microsoft Store; however, if you were to go to the Microsoft Store to download it now you would be prompted that it is already on yourcomputer. You haven’t got memory issues; as stated above in recent Windows 10 updates you would now find the app on your computer as an Inbox app.

Windows 10 makes it easy to choose which apps will run at startup. If your computer isn’t all that powerful you ought to limit the number of startup apps. That means occasionally heading into the Startup section of the Settings and toggling off any apps you don’t think will be necessary to run during the startup process. Over time it is not uncommon to have apps attach themselves to the startup process not because they’re malware necessarily but because you may have installed an app and accidentally allowed it to run at startup when it gave you the option to choose, so forth.

The Windows Terminal app makes it possible to select it from the list of Startup apps in the Windows 10 Settings menu so you may toggle it off or on as you desire.

The following tutorial demonstrates how to run the Windows Terminal app at startup when using a version of the Windows 10 oeprating system.

4. From the right side of the same window, click on the Launch on machine startup toggle to turn it on or off and then click on the Save button to save the changes. 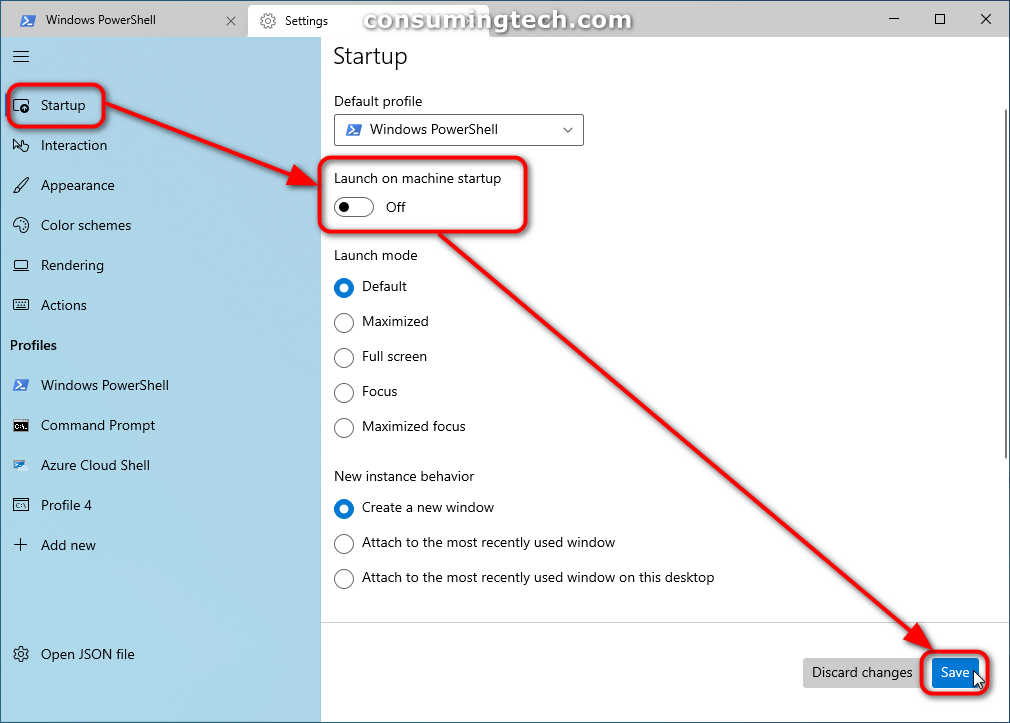 You can also turn on or off the option to run the Windows Terminal app at startup from the Windows 10 Settings menu. Here is how to do that: 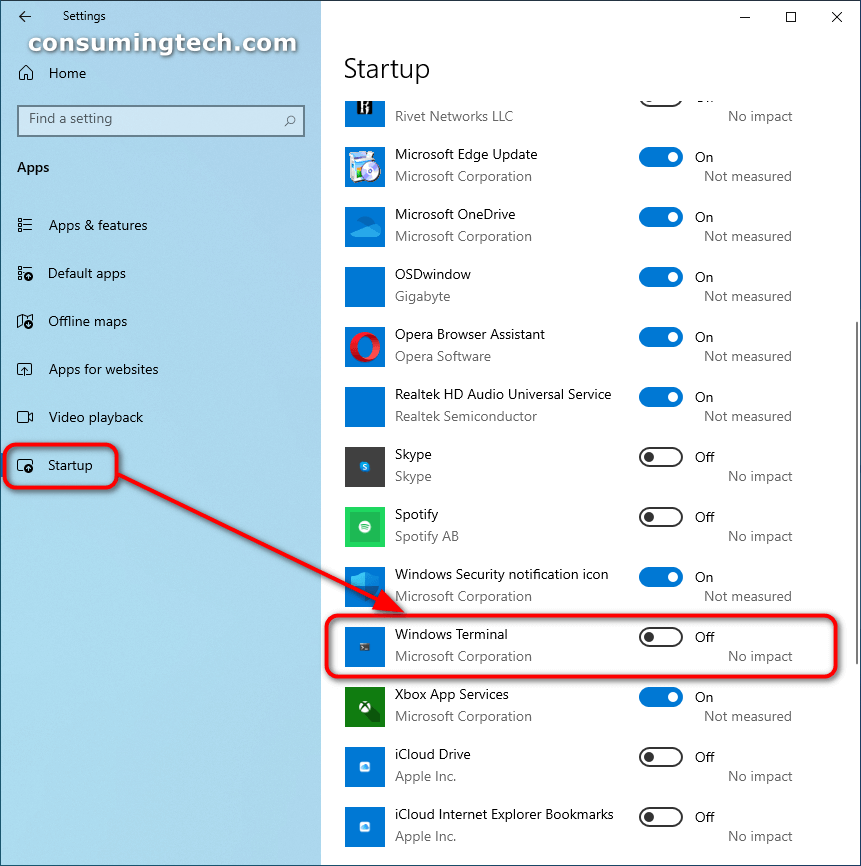 In conclusion, that is how to turn on or off the toggle to run the Windows Terminal app at startup in Windows 10.

Mathew is a qualified Microsoft Windows systems administrator (MCSA) who has covered OSs, browsers, the internet, and related tech since 2011. He is the founder and editor of ConsumingTech.com and is a freelance tech writer for various publications around the Web. Mathew graduated from DDLS Melbourne (now Lumify). He grew up in Melbourne and lives in rural Victoria, Australia. Read Mathew's full biography. Mathew's social profiles: Twitter, Facebook, Mastodon, Instagram, LinkedIn, and Github.
« Add/Remove Profiles in Windows Terminal App in Windows 10» Change Windows Terminal Launch Size in Windows 10