The Windows Terminal app automatically creates a profile for Windows Subsystem for Linux (WSL) and PowerShell shells. These being in the one profile means you can open various shells from the same location without having to search for other executable files.

Nevertheless, staying true to its highly customizable self which has always had an emphasis on really giving users everything they could ever ask for, you can also create new profiles from within the Windows Terminal app as well. This will mean you can customize your settings even further by putting certain clusters of settings within the one profile. For instance, if you wanted different colors and fonts for one profile to open immediately, you could do that.

The following tutorial demonstrates how to add and remove profiles in the Windows Terminal application when using a version of the Windows 10 oeprating system.

You can choose to add an remove profiles from the Windows Terminal app’s settings menu. Here is how to do that:

3. Under the Profiles heading in the left pane, click on the + Add new button. 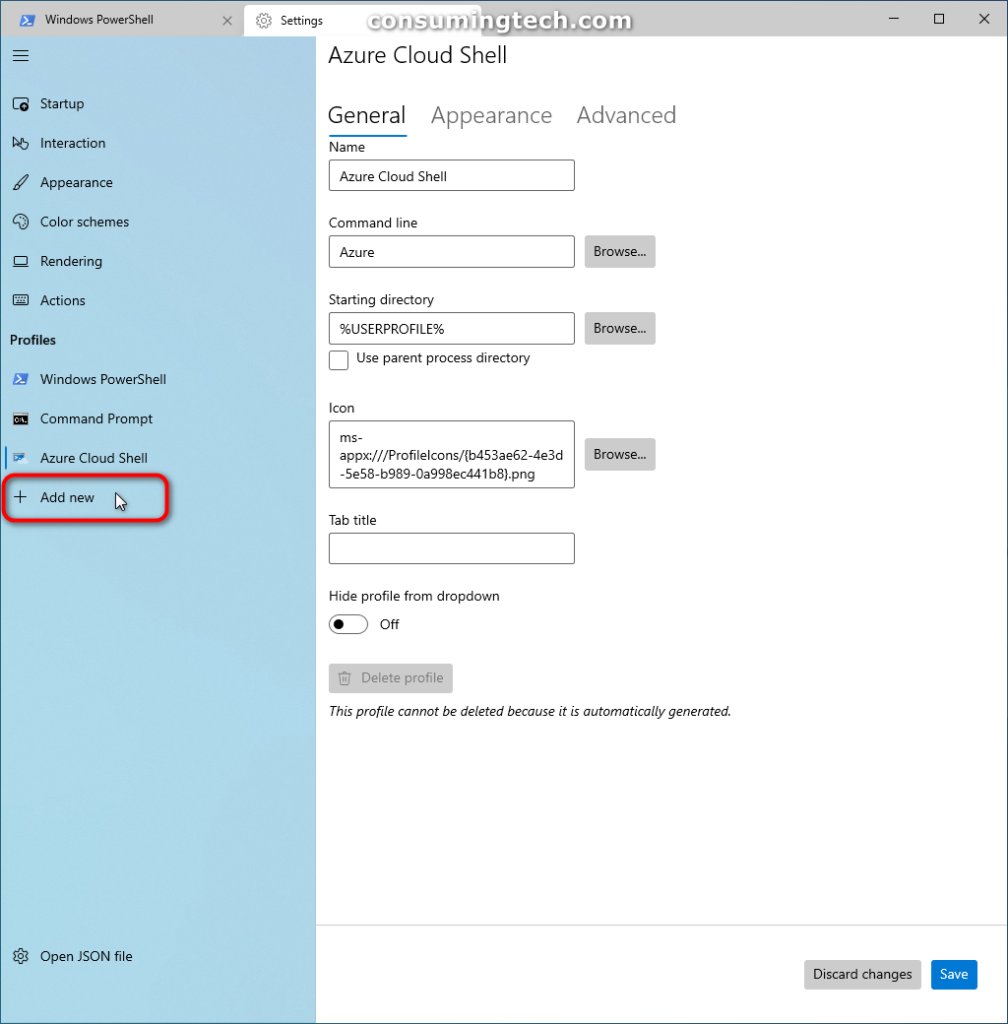 4. Click on the General, Appearance, and Advanced heading in the right side of the same window and then fill out the details for the new profile before clicking on the Save button to save the new profile changes.

In conclusion, that is how to add and remove profiles in the Windows Terminal app in Windows 10.

Mathew Diekhake is a certified Microsoft Systems Administrator from Australia and also the founder and editor of ConsumingTech.com. With a never ebbing desire to cover technology, he is mostly consumed by Windows, Linux, and Android. However, he has spent stacks of hours learning about a variety of computer software, both formally and informally, and has authored tens of thousands of tutorials and news articles since 2011. Mathew has obtained many Microsoft certificates and is a qualified sysadmin (MSCA). Read Mathew's full biography. Mathew's social profiles: Twitter, Facebook, Instagram, LinkedIn, Github
« How to Hide/Show Profile from Dropdown in Windows Terminal in Windows 10 [Tutorial]» How to Turn On/Off Run Windows Terminal at Startup in Windows 10 [Tutorial]