How to Turn Off Windows 10 S Mode [Tutorial]

Microsoft briefly experimented with a Windows 10 S edition of their current flagship operating system. Windows 10 S originally came out with the Microsoft Surface laptop—a device that was aimed at students. There were all sorts of reports about what journalists thought Windows 10 S might be when the news first broke, including some reviewers claiming it to be a “super” edition of Windows that was going to be every bit as impressive as the new laptop itself.

That didn’t happen. Rather, it had become apparent, fairly quickly, that the “S” instead might stand for a student version of Windows—one that didn’t come with all the same features as the normal Pro or even Home editions.

The Surface laptop was mainly aimed at students when Microsoft released it: Microsoft apparently thinks 13.5 inches is the ideal display size for people who want a portable laptop that can also double as a reliable studymate. Before long, though, many people were thinking that the Surface laptop looked pretty cool and Microsoft was more than happy to expand the idea of the Surface laptop being a great device for everyone. The only problem being that that Windows 10 S wasn’t a suitable operating system on the laptop that everyone wanted.

The solution to the kerfuffle that Microsoft had accidentally created once again was to offer people who had bought the Surface laptop a chance to update to Windows 10 Pro for free by simply visiting the Microsoft Store after they had made the purchase. (That is a pretty foolproof contingency plan that worked out quite well for them this time—one of the perks to having your own App Store associated with your operating system.)

Still, Microsoft wasn’t ready to leave the idea of Windows 10 S behind just yet. There were some good upsides to it running on people’s machines for Microsoft: it would’ve meant people were only able to install applications from the Microsoft Store, similar to what the Redmond company did when they released the first edition of Windows for the original Surface that came with Windows RT.

Windows RT was an OS that few people cared for, so it’s left many befuddled as to why they would warm to Windows 10 S. Microsoft, still wanting to push the agenda of not allowing people to install apps outside of the Microsoft Store, decided to give up on Windows 10 S but instead offer a less invasive Windows 10 S Mode—it meant that users would still have an edition of either Windows 10 Home or Windows 10 Pro underneath if they ever wanted to turn the currently enabled Windows 10 S Mode off. This should be quite a concern for a lot of you—no access to apps that aren’t on Microsoft’s own app Store isn’t just a concern for people who like to play games; there are also very few decent web browsers available from it as well: no Google Chrome, no Firefox, and you’ll be left to use Microsoft Edge. While we don’t personally have a grudge against Edge, fact remains that it isn’t as good as Google Chrome. There isn’t a lot to argue with that either. Browsing our own site using Edge often results in pages just not rendering (at all), and if we use Chrome it never fails to display any element. These types of problems aren’t always going to be obvious to the reader. They might instead think that it’s something to do with the website, and so forth. But trust us when we say that Microsoft still has some work to do before its current browser is anything close to competing with Chrome.

And frankly, that is what many people want to do. But before you go that far, you should know that there is no option to turn the Windows 10 S Mode back on again once you’ve elected to turn it off. There was talk of Microsoft adding a feature to the large Windows 10 update for 2018, codenamed “Redstone 5” and due out this fall, but that talk has since died down and there’s been no sign of it from development builds that we’ve tested, yet to be released to the public.

Leaving Windows 10’s S Mode is a relatively straightforward task, but you won’t find your way out from the Settings this time. Instead, you need to do it from the Store.

With the Store open, look for the Search box in the top right corner and search for Switch out of S Mode.

When you do, there will be an application listed for you that you can’t miss, appropriately named Switch out of S Mode. Click on the blue Learn more button available within it and then follow the prompts for getting out of the mode. 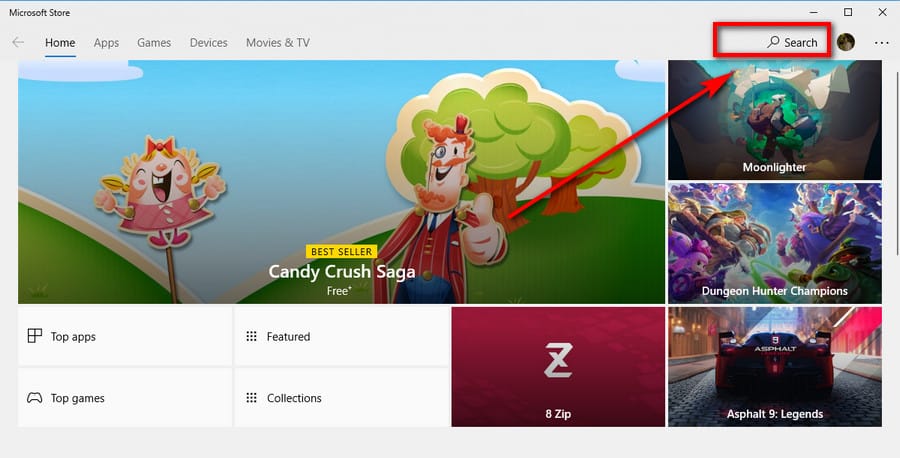 While you should take a few minutes to ponder your choice given that once you turn off S Mode, there is no going back, there aren’t too many valid reasons for pausing on the decision—it is free to do, after all. There’s nothing you can’t do with the S mode off that you could do with it on, and the additional upsides of having the mode off are plentiful. Consider it more an “if you’re unhappy with your current setup then here is a way out of it” from Microsoft.

Mat Diekhake is the editor of ConsumingTech.com. He has been inseparable from the internet since Web 2.0 in 2005, and by 2008 decided on a career in IT. With a never ebbing desire to cover technology, he spends most days consumed by Windows, Linux, and Android in particular. Though he has spent innumerable hours learning consumer software in general, formally and as an autodidact, and has personally authored over 10,000 articles since 2010. Microsoft awarded him numerous certificates resulting in him becoming a qualified Windows systems administrator (MSCA). Read Mathew's full biography. Mathew's social profiles: Twitter, Facebook, Instagram, LinkedIn, Github, Reddit.
« Advance is Now Available from Firefox Test Pilot» Hard Reset BLU Studio 5.0