Home » Question and Answer » Should I Upgrade to Windows 11?

Should I Upgrade to Windows 11? 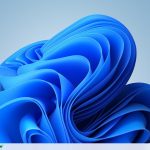 If you’re a Windows user, there is no bigger question to ask yourself other than should I upgrade to Windows 11? And there may not be anyone better to answer the question since we are Windows experts who unlike most other Windows experts also sit on Twitter several hours a day and read what people are saying about the world’s most popular desktop operating system.

There are Microsoft employees who answer this question on Twitter. And while they might be a little biased, they’re also confident that the answer is yes — you should upgrade to Windows 11. Jen Gentleman is one of the most famous of them all.

It’s easy for me to say you should upgrade to Windows 11 as it is for Jen Gentleman. However, one of the things you can do is head to a Twitter profile like Jen Gentleman’s and take a look at all the connections associated with her profile — her followers, who she is following, her tweets and replies, and her sub tweets — to get a feel for what the general sentiment is surrounding the operating system from the general public. There is no better gauge of whether something is good or not than consumer sentiment. That said, I would also like to list all the things I particularly enjoy about Windows 11 and why I chose to upgrade from Windows 10.

As someone who has covered Windows for many years and for various publications, I have listened to a lot of feedback from the Microsoft community, many of whom were subscribers to the content I was writing. Often they weren’t shy in voicing their opinions directly to me. What I quickly noticed was that one of the most common concerns with upgrading to new operating systems was having to deal with substantial bugs. Understandably, Windows users don’t like bugs. But I hadn’t realized just how important it was to people to avoid these. Naturally, I’m more of a risk-taking type compared to the opinions of those I was reading. But rather than dismiss their concerns I tried to empathize with what they were worried about and look into their concerns.

It was indeed true that historically speaking many new Windows operating systems had bugs when they first arrived. And perhaps I had encouraged people to upgrade to Windows 10 sooner than they would have liked. But as of today, you can upgrade to Windows 11 with complete confidence of very few bugs. It will not be more buggy that the Windows 10 version you run right now for instance.

If you do read about Windows 11 users experiencing bugs, it’s often to do with Windows Insider builds. There are pros and cons to creating the Windows Insider program for Microsoft. There is no greater advantage than having many people around the world working to make your operating system better without having to pay them a cent. But the drawback is many people announce the problems they experience online and this can create a distorted picture among those who don’t know any better that the Windows operating system may be unreliable. You shouldn’t make that mistake too. Windows Insider builds are intended for developers and naturally have bugs in them. But they aren’t official Windows software builds that you would ever experience unless you were to sign up for the Insider program.

Windows 11 has a lot in common with Windows 10. If you enjoyed Windows 10, there is no reason why you wouldn’t enjoy Windows 11. However, there are some changes. We will list the most obvious among them now.

As soon as you boot up Windows 11, you will notice the taskbar is radically different. You’ll see minor taskbar changes, but also notice the icons are centered by default instead of being left-aligned. Many people including myself preferred the Windows 10 taskbar where the Start menu was where we all knew it to be in past Windows operating systems: to the far left. You’ll notice in my picture above that my Start menu is indeed back to the far left of the taskbar. That’s because Windows 11 users have the option to customize the taskbar and move the Start menu back where they knew it to be.

The other most notable changes in Windows 11 come in the Notification Area. Gone is the old Action Center. It has been replaced with something similar to the rumored Windows 10X Action Center. The Notification Area icons are now where you get access to the Quick Settings menu. You can now click on the WiFi, sound, or battery icon (for laptop users) and it will bring up a common menu where you can get access to the WiFi network, Bluetooth, Airplane Mode, battery saver, and the night light.

Another notable change in Windows 11 is found within the Settings app. There is no longer the main Settings menu as there was in Windows 10. Instead, it opens up to the System menu by default. Make sure your Settings menu is wide enough with the mouse or else you may not see its left menu where it shows the different categories.

One of the most important features for those who worry about computer technical difficulties is the opportunity to uninstall updates from the Settings in Windows 11. Though it won’t help on every occasion — you still need to be able to log in first and hope the computer doesn’t break down long enough for you to open the Settings — it means that, generally, if there is a problem, you can uninstall the current software and go back to a previous build that was better.

Windows 11 will continue to make feature changes from time to time when the Windows developers roll out fixes and improvements. For instance, we have seen rumors surrounding some of the Windows Aero characteristics coming back. But only once a year will you see big feature updates.

Mat Diekhake is the editor of ConsumingTech.com. He has been inseparable from the internet since Web 2.0 in 2005, and by 2008 decided on a career in IT. With a never ebbing desire to cover technology, he spends most days consumed by Windows, Linux, and Android in particular. Though he has spent innumerable hours learning consumer software in general, formally and as an autodidact, and has personally authored over 10,000 articles since 2010. He is a qualified Microsoft Windows systems administrator (MSCA). Read Mathew's full biography. Mathew's social profiles: Twitter, Facebook, Instagram, LinkedIn, and Github.
« How to Unlock Bootloader without OEM Unlock?» Oneplus Nord N100 OEM Unlock Greyed Out