You Can Now Uninstall Updates from Settings App in Windows 11

Microsoft now lets you uninstall software updates directly from the Settings app, so you no longer have to remember detailed paths via the Control Panel or, God forbid, keep the imperfect software running on your computer. Microsoft is also said to be adding a separate update section in Windows Update for stack packages which will appear under a new “Update Stack Packages” heading, which will allow for the installation of critical improvements and shell components separately. 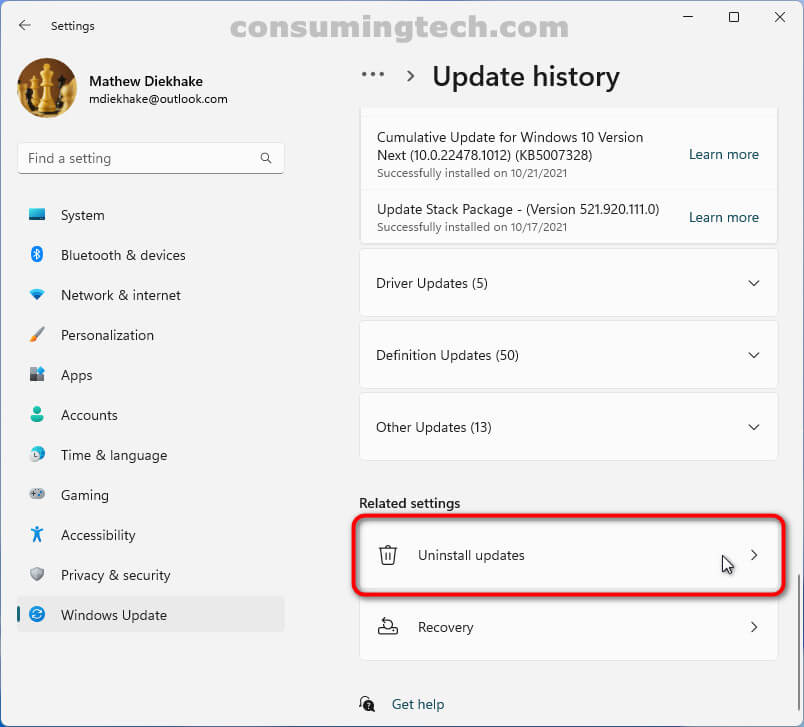 Up until recently, if you wanted to uninstall a Windows software update, you had to browse for the Windows Update package in the Control Panel. However, as of Windows 11 22H2 (codenamed Sun Valley 2), a new section has been added to the Settings app that allows for the uninstallation of these updates (screenshot below). 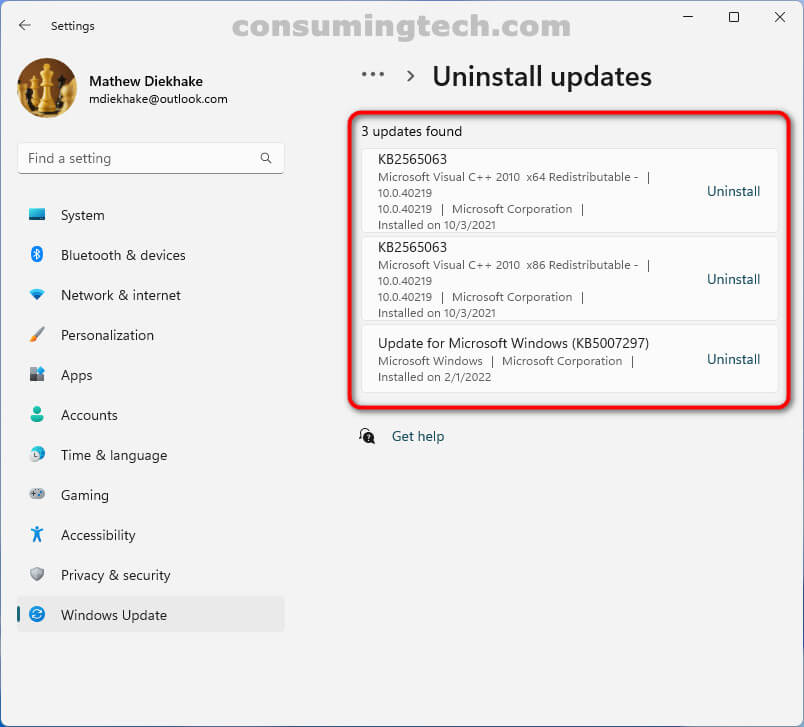 The Settings app tends to do things differently than how the same functions appeared in the Control Panel, and it’s no different with the section to uninstall updates either. In this case, some features are missing in the Settings app compared with the same section in the Control Panel, though Microsoft has said that it expects to bring more features surrounding the uninstallation of updates shortly.

Microsoft has been running a Windows Insider program for developers which gets separate updates than the official builds. Windows Insiders are far more susceptible to software bugs, largely because that’s what’s expected to be found in those particular builds. But software problems can arise for occasional users in official builds as well; it’s not a Microsoft problem, it’s just the reality of making and using software.

Mat Diekhake is the editor of ConsumingTech.com. He has been inseparable from the internet since Web 2.0 in 2005, and by 2008 decided on a career in IT. With a never-ebbing desire to cover technology, he spends most days consumed by Windows, Linux, and Android in particular. Though he has spent innumerable hours learning consumer software in general, formally and as an autodidact, and has personally authored over 10,000 articles since 2010. He is a qualified Microsoft Windows systems administrator (MSCA). Read Mathew's full biography. Mathew's social profiles: Twitter, Facebook, Mastodon, Instagram, LinkedIn, and Github.
« Edge Bar Introduced to Edge 98 in Windows 11/Windows 10» New Windows 11 2D Emojis Can Be Used Around the OS