Task Manager, known as Windows Task Manager in earlier versions of Windows, is a utility available by default in Windows 10 where you can monitor the system and startup processes.

Task Manager is a hub where you can see all the processes running on your computer. If it’s an app and it’s running, it will show up in the Task Manager. Not only can you see the processes, but you can get a detailed analysis of how much computer resources a particular process is using.

Earlier versions of Windows would often collect processes that would be difficult to get to go away. Over time it was easy to collect a bunch of processes that you didn’t want running, and there was no obvious way on how to solve the problem. With Windows 10 that changes, and now you can end processes much easier to stop processes building up that would have slowed down your computer.

At the top of the Task Manager window are tabs. The default tab that opens is the Processes tab. Microsoft likely chooses this because it is the tab that most people will use the most. However, if that isn’t the case for you, it’s possible to change what default tab opens when you open Task Manager.

The following tutorial demonstrates how to set a default tab for the Task Manager when you’re using a version of the Windows 10 operating system.

You can set the default tab for Task Manager from the Options menu that’s available directly in the Task manager window. Here is how you can do that:

2. Click on the Options link from the top menu.

3. Hover the cursor over Set default tab, and then choose the tab that you want to be the new default. 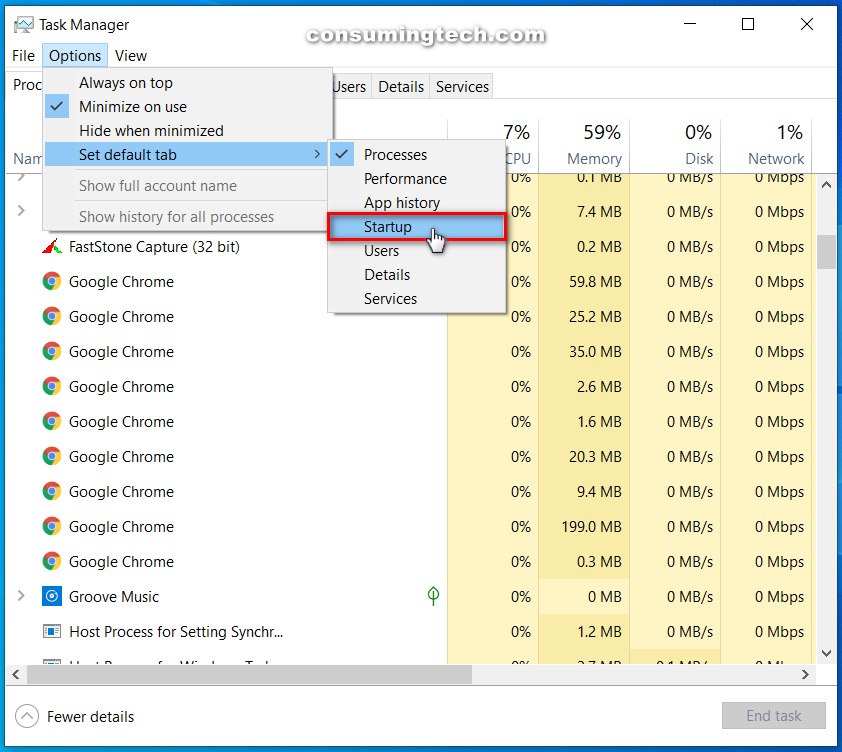 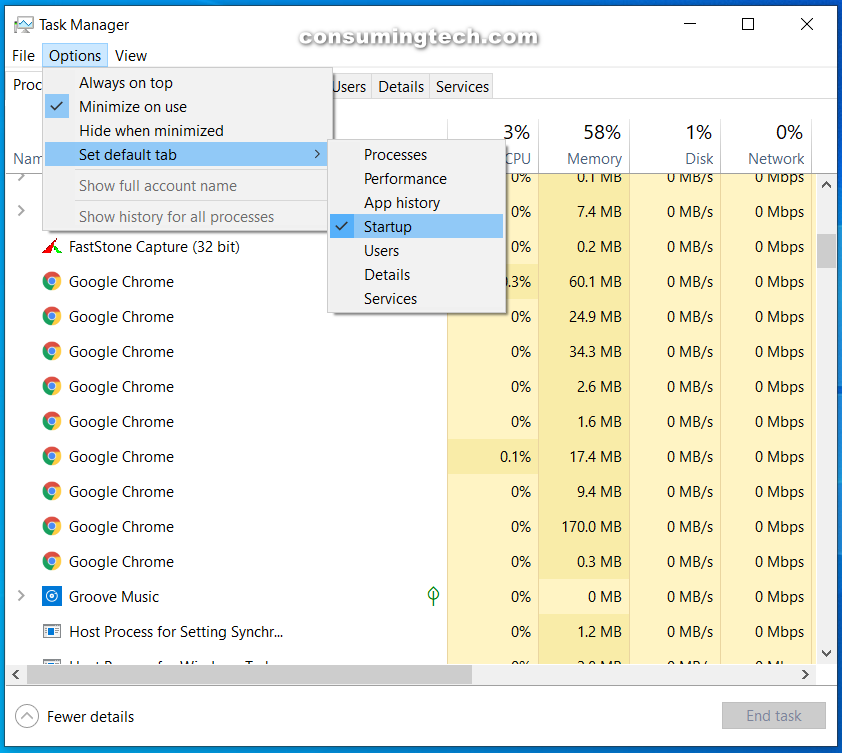 Mathew is a qualified Microsoft Windows systems administrator (MCSA) who has covered OSs, browsers, the internet, and related tech since 2011. He is the founder and editor of ConsumingTech.com and is a freelance tech writer for various publications around the Web. Mathew graduated from DDLS Melbourne (now Lumify). He grew up in Melbourne and lives in rural Victoria, Australia. Read Mathew's full biography. Mathew's social profiles: Twitter, Facebook, Mastodon, Instagram, LinkedIn, and Github.
« Enable/Disable Windows Sandbox in Windows 10» Turn On/Off OneDrive Fetch Files in Windows 10