This is what you need to root your smartphones and tablets that are running on the Android 7.0 (Nougat) software update by using the SuperSU application and a custom recovery image. 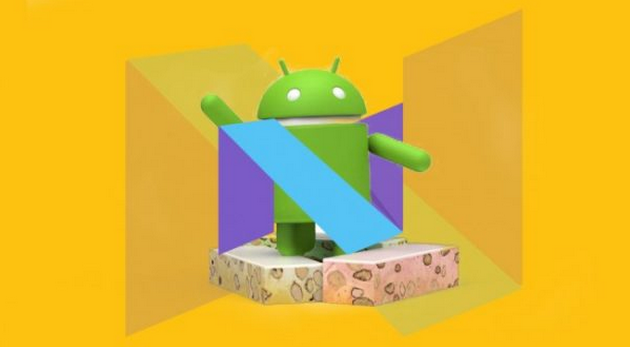 The Android operating system would naturally have what is known as root access all the time if it weren’t for Google choosing to take it away from people before they ship the OS out to devices. Root access is having administrative permissions on the Android operating system. Google doesn’t think you need this because it feels it has offered all the features required to make a good operating system without having it, plus there are complications that can arise when you have a rooted operating system, such as malware being able to jump the “fence” of an application. Usually, apps are trapped in their own little sandboxes without root access, so even if you did install malware, it wouldn’t be able to go anywhere. The addition of root access means if you do install malware, and if it were to be skillful malware with an agenda of getting out of that sandbox, it could do it.

Google hasn’t minded people getting root access when they have wanted to get it over the years, rather than having a policy in place to stop rooting altogether. But in recent times when we’ve seen such applications as Android Pay, that has now changed a bit—Google doesn’t mind you having root access in general still, but it doesn’t ever allow root access when you’re using Android Pay, Netflix, and a few others that have direct access to your finances.

These days there are many ways to get root access, but they all generally come under one of two things: an application that you flash from within a custom recovery or a one-click root application that you can install directly on the Android operating system or from PC that’ll help do all the flashing for you. SuperSU is an example of the former, an application that you flash from a custom recovery image. Yes, you need to do the flashing manually so to speak, but once you’ve got your Android operating system in recovery mode, all you need to do is tap on the “Install” button and you’re only another click or two away anyway. Of course, needing to install the custom recovery image in itself can be extra work if you only want it for root access, but you might also be interested to learn that a custom recovery is useful for more than just flashing the rooting files themselves. A custom recovery can flash any unsigned zip files, including custom ROMs. If you do plan on being a ROM flasher, then you’ll want to get to know the NANDroid backup option that allows for the backing up of separate partitions so you aren’t forced into full backups and the option for easily restoring those backups as well.

How to Root Android 7.0 (Nougat) with SuperSU from a Custom Recovery Image

1. Follow the guide that is available from the TWRP Recovery website for getting the custom recovery installed on your device. The guides can vary depending on what device it is, so make sure you follow the correct guide that is written on the webpage that hosts your recovery image file.

2. Many devices wipe the custom recovery after it’s installed during the first boot. To stop that from happening, you need to boot directly into the recovery mode when your device reboots as soon as TWRP is installed and before the operating system has booted up. Failing to do that will mean you may have to follow the guide to get TWRP installed again. Use a search engine such as Google or Bing to find the correct hardware key combination for booting your device into the recovery mode. The key combination can vary between manufacturers.

3. Once you have your device in the recovery mode, tap on the “Install” button from the custom recovery interface. You’ll then be able to browse the internal storage of your device, where you then need to navigate to the SuperSU that you downloaded onto your device earlier, upload it, and then install it. This is usually done by scrolling down the /sdcard folder location, tapping on the “SuperSU” zip file, and then tapping on the “Install image” button in the bottom right-hand corner of TWRP on your device’s display.

4. You’ll then see a warning message letting you know that: “This operation may install incompatible software and render your device unusable.” Swipe over the “Swipe to confirm flash” button at the bottom of the device’s display to continue.

5. It then shows you that the installation of the SuperSU zip file was successful, and it’ll offer two new buttons at the bottom of the device’s display. Tap on the one that says “Wipe cache/dalvik” first. Lastly, tap on the “Reboot system” button, which should then reboot your operating system, where you can then start installing the root applications.

Note: if you get a message saying “your device does not appear to be rooted,” select the “Do not install” option. Sometimes TWRP finds that you already have SuperSU installed, so it’ll try to flash its built-in version instead. But they advise that you should flash the latest version of the SuperSU zip file yourself, which you just did in the guide above.

SuperSU will now act as a gatekeeper to your mobile device, where all applications are blocked from having root access by default, and after you install them, try to run them, SuperSU will prompt you with a message on the display where you need to grant each individual app root access.

Mat Diekhake is the editor of ConsumingTech.com. He has been inseparable from the internet since Web 2.0 in 2005, and by 2008 decided on a career in IT. With a never ebbing desire to cover technology, he spends most days consumed by Windows, Linux, and Android in particular. Though he has spent innumerable hours learning consumer software in general, formally and as an autodidact, and has personally authored over 10,000 articles since 2010. He is a qualified Microsoft Windows systems administrator (MSCA). Read Mathew's full biography. Mathew's social profiles: Twitter, Facebook, Instagram, LinkedIn, and Github.
« How to Root Samsung Galaxy Tab 3 SM-T315T on Android 4.4.2» How to Root Samsung Galaxy Tab 4 10.1 SM-T532 on Android 5.0.2