The Android 7.0 (Nougat) software update, which was codenamed “Android N” in its development stages, brought about with it quite a feminine home screen, with pink and purple being the primary colors in the backdrop. It’s new features that it brought to the table, such as file browser improvements, new Quick Settings, screen zoom, multi-window support, Daydream virtual reality support, and the chance to switch apps by double tapping the overview button were all welcomes advancements, but Android didn’t do a lot to address the features that root applications have offered in the past.

There are oodles of root applications out there—i.e., applications that can only run on the Android operating system once they’ve been granted the administrative permissions, which when using Android, is referring to the “root” permissions that all Linux-based system have—that people would like to put to good use to help enhance the Android 7.0 Nougat software update, but before that’s possible, will need to find a viable root method that works. One of those methods for a great many devices out there is the 360 Root app. 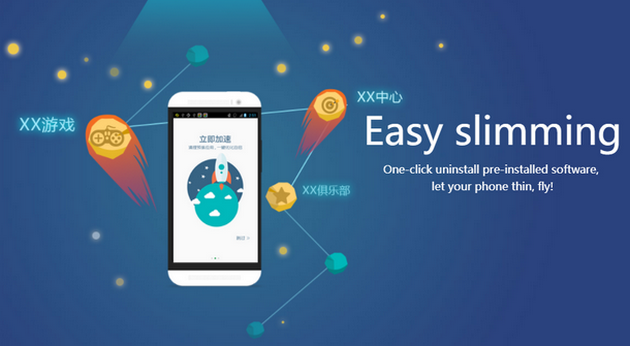 The 360 Root app is a one-click rooting tool, which means you can install it directly from your Android device without having to swap the stock recovery partition with a custom version, something that would usually have to be done if you were flashing something else like SuperSU. The convenience factor makes one-click rooting tools an attractive option. The downside though is that the developers don’t always give precise information for what devices the rooting tools will work for. The 360 Root app is kind enough it list the supported devices which you can view from the official website. If you’re visiting the site from an English-speaking country, then you can click on the “translate” button when it appears at the top of your web browser window to get it translated into your language. If you’re web browser isn’t doing that then try switching over to Google Chrome, Mozilla Firefox or Microsoft Edge and give it another go. It’s possible that some lesser known browser don’t offer the translation button natively.

There is both a mobile and PC version of the 360 Root application that you can install for devices that re running on Android 7.0 Nougat. If you are using the Windows PC version, then make sure you have the appropriate USB driver package installed on your computer for your manufacturer before connecting your device to the computer with its USB cable. Once you’ve done that, then you can just open the 3609 Root application on the computer and click on the button to get root access and you’re away.

This is what you need to download the version of the 360 Root application that works for supported devices that are running on the Android 7.0 Nougat software update.

When it comes to getting root access, there are generally two ways you can go about doing it: by using a one-click rooting tool or by flashing a rooting zip file from a custom recovery image. If you have a custom recovery image available then you might want to check out tools such as SuperSU, but if you don’t then a one-click rooting tool is pretty much your only option. There are a few good quality one-click rooting tool, one of them being the 360 Root applications that we have here. It doesn’t get as much love as others like KingRoot, but that’s because it isn’t compatible for as many devices. As long as you check the device compatibility list and see your device there, then it will work when you have that device running on the Android 7.1 Nougat software update. And there’s nothing you need to worry about in terms of what root applications you can run either: you get to use all the same root applications as KingRoot would offer or any other rooting method, the only difference is finding the right tool that does the job for your device and its Android version.

360 Root for Android: Most people install the 360 Root application for Android. All you need to do is download the 360 Root app directly on your Android from whatever web browser you are using to view the official 360 Root website. When you visit the site, you’ll see the Download button for you to click for Android. Once the app is installed, open it up from the app drawer and then try to get root access by tapping on the button available to check for root. If you end up with a sad face, it is letting you know that your device couldn’t be rooted, probably because it wasn’t one of the compatible devices from the device support list that they have on their website. But you can also try the 360 Root application for PC as well and see how that goes.

360 Root for PC: If you tries getting root access with the 360 Root application for Android and it didn’t work, then you can try installing the desktop version of the application instead. To get it working, you would download the desktop version directly from your computer, connect the device you want to root to the computer with the USB cable and then open up the app and follow the instructions to try to get root access. You’ll want to install the appropriate Android USB drivers on your computer for the manufacturer of the mobile device before making that connection, so the root app can detect your device.

Mat Diekhake is the editor of ConsumingTech.com. He has been inseparable from the internet since Web 2.0 in 2005, and by 2008 decided on a career in IT. With a never ebbing desire to cover technology, he spends most days consumed by Windows, Linux, and Android in particular. Though he has spent innumerable hours learning consumer software in general, formally and as an autodidact, and has personally authored over 10,000 articles since 2010. He is a qualified Microsoft Windows systems administrator (MSCA). Read Mathew's full biography. Mathew's social profiles: Twitter, Facebook, Instagram, LinkedIn, and Github.
« Root Samsung Galaxy Tab 4 10.1 SM-T530NU on Android 4.4.2 (matissewifiue)» Root Samsung Galaxy A7 SM-A710K on Android 6.0.1 with CF-Auto-Root