Most computers can start up pretty quickly these days, so if you have a newish computer with an issue related to the Start menu, File Explorer, notification area or the taskbar, then you might just want to reboot the computer instead of trying to look up how to restart the explorer.exe because it might be quicker. However, it’s also possible that your computer suffers an ongoing problem relating to Windows Explorer as well, and those are the times when this guide helps. You certainly wouldn’t want to go to the trouble of uninstalling a recent Windows 10 update to try to figure out how to restore from System Restore if you don’t have to. 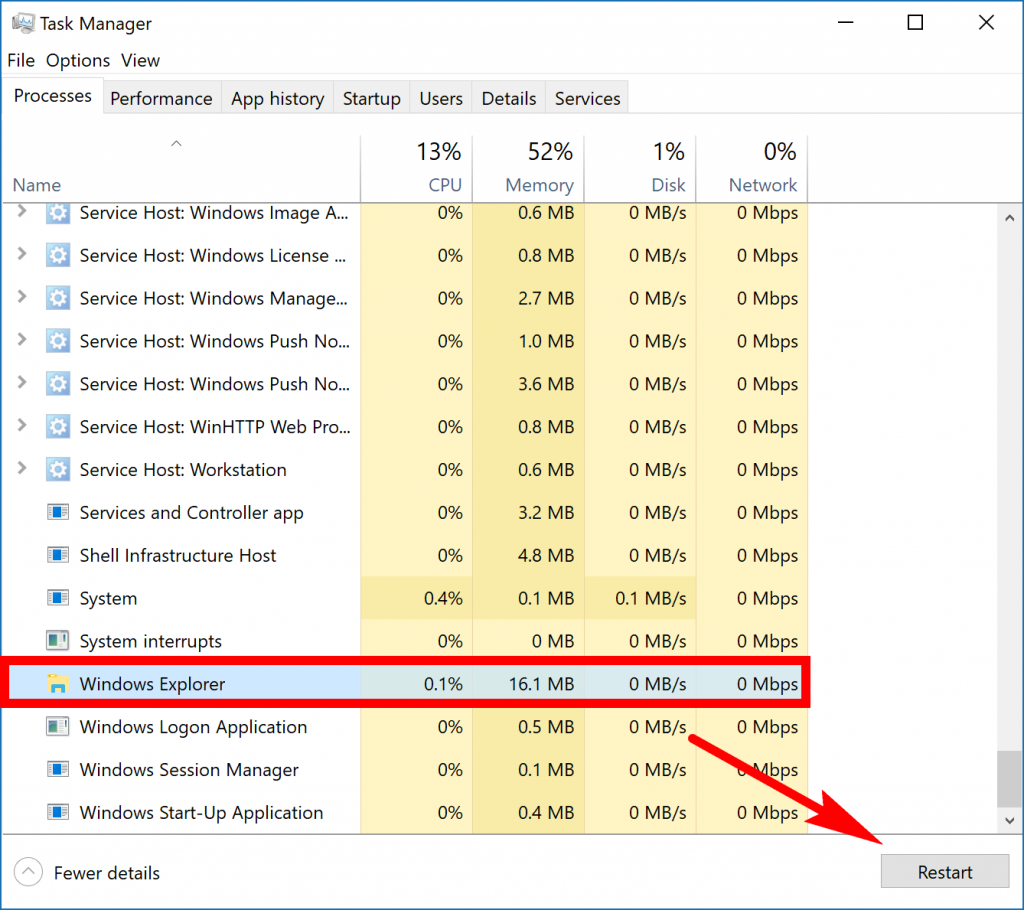 The Windows operating system can be pretty complicated at times, so one of the things the developers like to do is give you at least a couple of ways to do something, just in case the first way you try doesn’t end up working very well. If you find the Reset button is not working when you try clicking it, you can right-click on the “Windows Explorer” process instead and then select the “Restart” option from the menu. 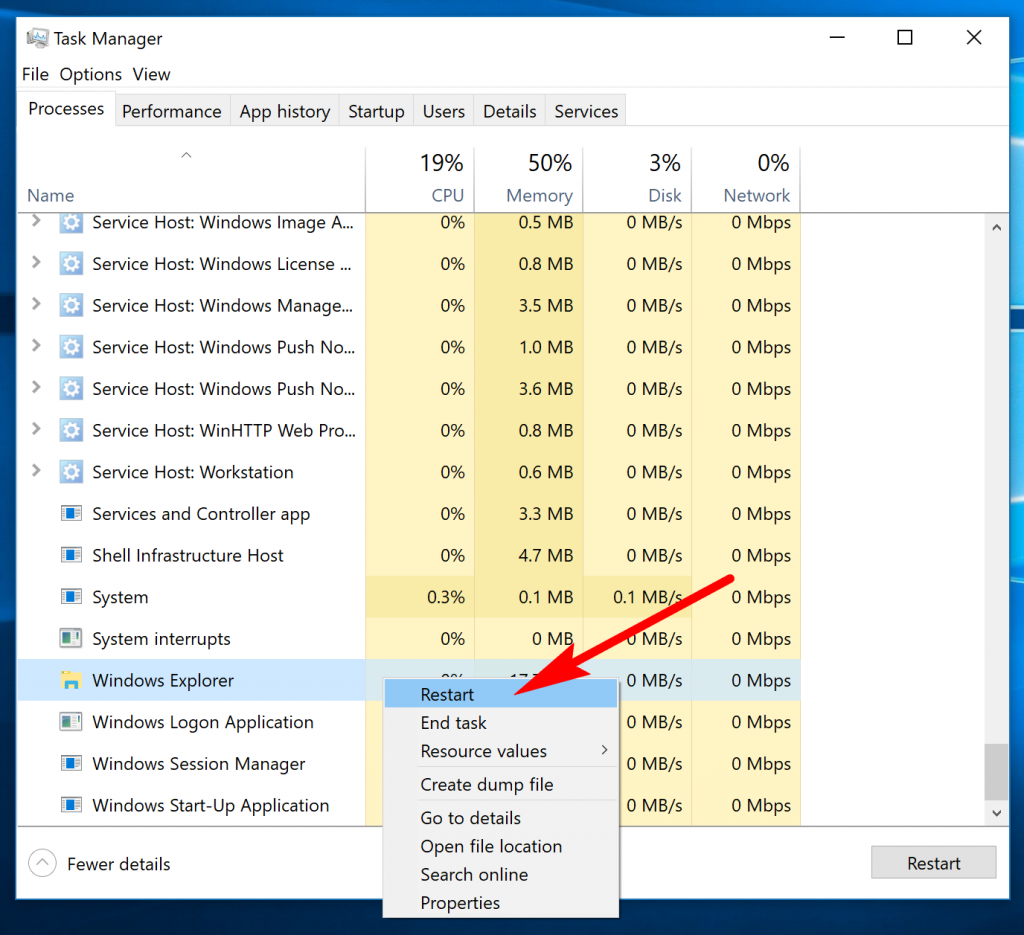 Note: the taskbar at the bottom of the screen disappears now since you’ve just killed the taskbar process, and if you minimize the web browser you are using, you’ll notice that the desktop is all black, too. Don’t panic; the CMD window is still open for you to enter your next command in the following step that’ll fix everything in a minute. 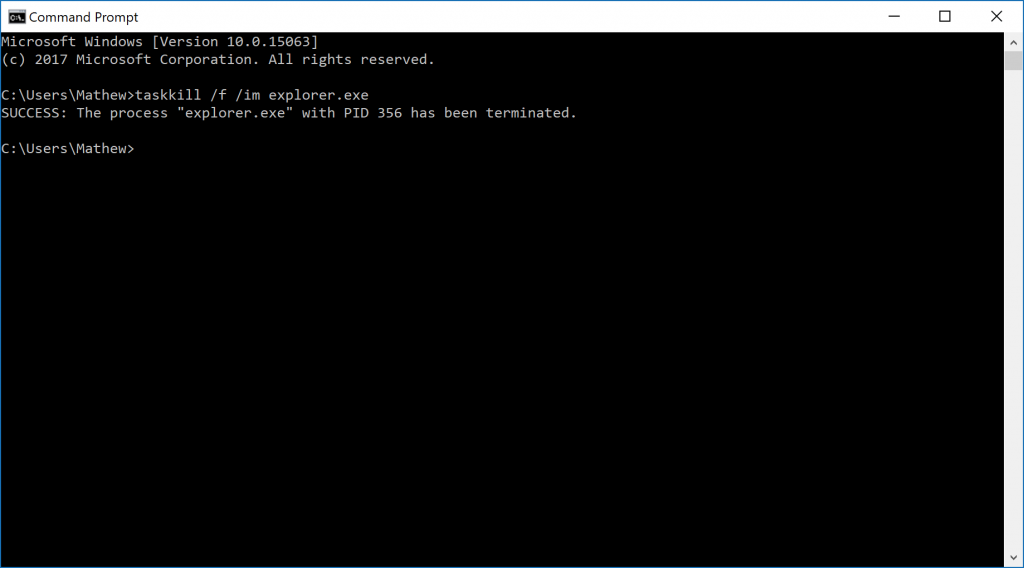 Once you’ve done that, you’ll need to restart them again by entering this command next: start explorer.exe. Press the Enter key on your keyboards once again to confirm the command. 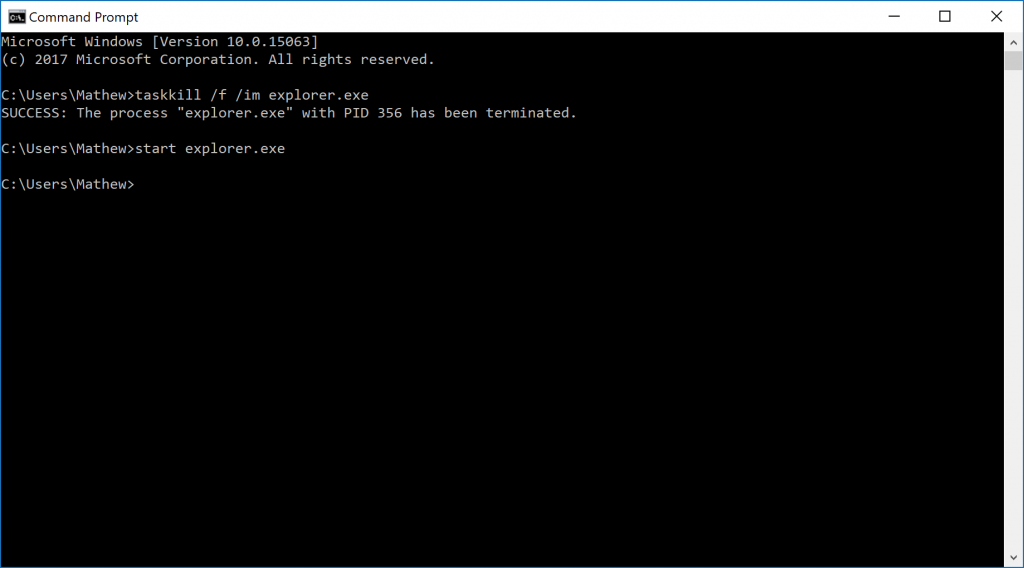 The Context menu offers a neat trick where you can get it to show the “Exit Explorer” option from the menu that you can click. Once you do, it’ll similarly close the Explorer to what you can do from the command line in the example above. If you do it this way, you can then enter the Task Manager and then create a new task that’s called “explorer.exe” to get the explorer.exe process showing up again in the Processes tab. To bring up the Exit Explorer from the Content menu, hold down the Shift + Ctrl keys at the same time and then right-click on the taskbar. The “Exit Explorer” link is now there at the bottom for you to click on. 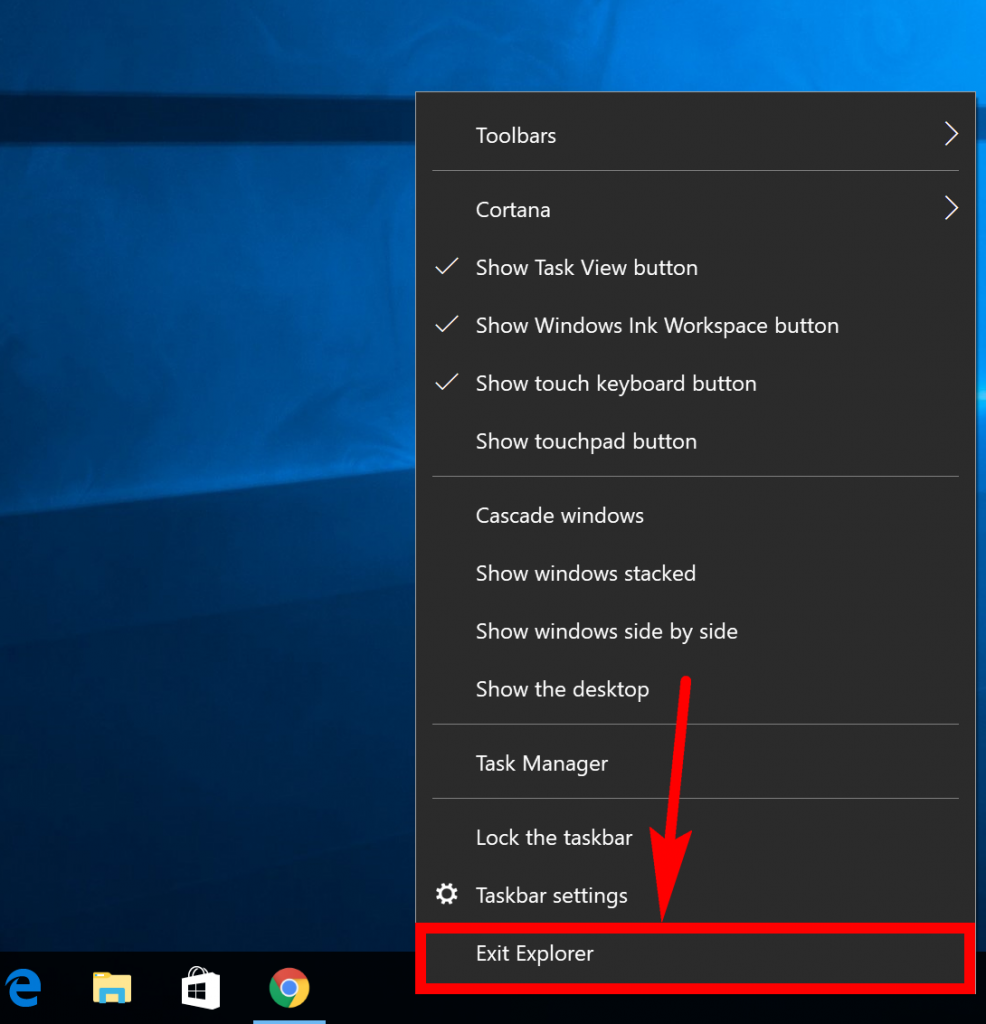 Now you just need to open the Task Manager and head to File > Run new task and then enter the “explorer.exe” as the name of the new task and confirm the new entry by clicking on the “OK” button. 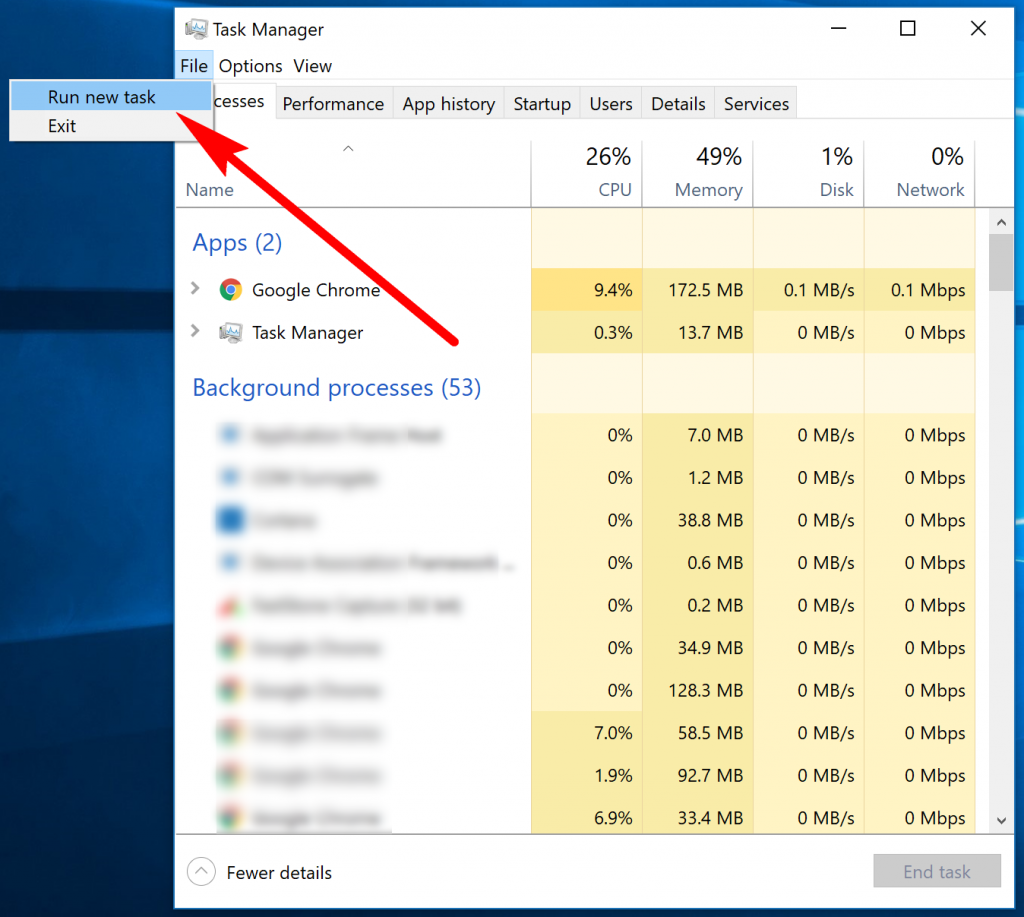 The Windows Explorer is the graphical interface that allows you to use many of the main features Windows has to offer, so it’s not uncommon for people to have problems with it since it gets used so much. If you are ever going to have a problem with Windows, there’s a good chance it might have something to do with Windows Explorer. Before you do anything else, try restarting the explorer.exe using one of the examples above and see if that fixes your problem relating to the taskbar, desktop, File Explorer, notification area, Start menu, or anything else that comes under the list of stuff Windows Explorer has on offer.

Mathew is a qualified Microsoft Windows systems administrator (MCSA) who has covered OSs, browsers, the internet, and related tech since 2011. He is the founder and editor of ConsumingTech.com and is a freelance tech writer for various publications around the Web. Mathew graduated from DDLS Melbourne (now Lumify) in 2011. He grew up in Melbourne and lives in rural Victoria, Australia. Read Mathew's full biography. Mathew's social profiles: Twitter, Facebook, Mastodon, Instagram, LinkedIn, and GitHub.
« Install Ubuntu on Windows 10» Change Account PIN in Windows 10